"We are demanding a living wage instead of a minimum wage" 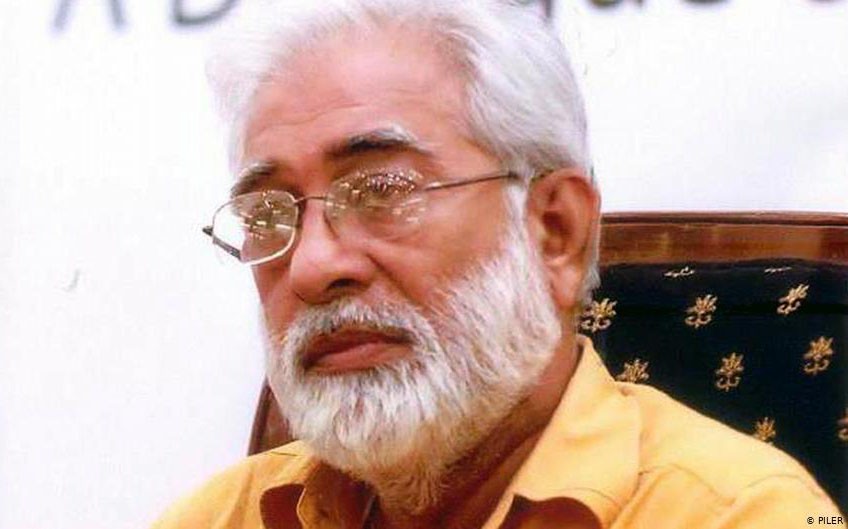 The News on Sunday: In Pakistan’s context, do you think the present amount of minimum wage determined by the government is justifiable? If not, why?

Karamat Ali: It is not justifiable at all. We have been demanding to make it a living wage instead of keeping it at a lower level minimum wage, but the government is not listening to us. For a minimum wage determination, they don’t have any basis, even though they have a formula. If we count inflation, it is around 8-10 percent, so they just raise the minimum wages by 8 to 10 percent annually. For example, in Sindh they raised the minimum wages for unskilled workers to Rs 16,200 from yesteryear’s Rs15,000, which we think is still insufficient.

For determination of minimum wages, the Labour department goes through an exercise and convenes consultation meetings in which representatives of employers and employees are also invited. In Sindh during such consultations, we insisted on increasing the minimum wages for unskilled workers to Rs20,000, but employers were not ready to give such a raise. So, we left it to the government, which they later notified at Rs16,200.

We have a recent example of calculation done by International Labour Organisation (ILO) in the case of determination of pension for families of the victims of the Baldia Factory fire incident. In that case, ILO had fixed Rs25,500 as monthly minimum wage in2012 when the incident happened. So, we can say it should be not less than Rs 30,000 in 2019.

TNS: What is the current mechanism of calculating minimum wage in Pakistan and what changes do you propose in the system?

TNS: Are there enough laws to ensure that labourers are not paid less than the minimum wage? What more legislation do we need in this regard?

KA: I think the existing laws are sufficient and if they are properly implemented, they will serve the purpose. But we can see that the implementation of laws is the major challenge to the government.

TNS: It is unfortunate that even though the provincial governments keep raising the minimum wages from time to time, workers in most cases are not paid accordingly. How to ensure that they get their rightful share?

TNS: The Punjab Minimum Wages Board recently raised its minimum wage to Rs16,500. Do you see enough political will to ensure that an unskilled worker earns a decent living in the formal and informal sector in view of the rising inflation?

TNS: Are minimum wages for a skilled and unskilled worker differently calculated? Do employers in Pakistan take this factor into account?

KA: Both wages for skilled and unskilled workers are calculated by provincial Minimum Wages Boards. The boards hold consultations with both employers and workers. For determination of wages, they create a basket of needs and then calculate it. For skilled workers, they also calculate the values of skills in the wages and for each industry, separate minimum wages are notified.

TNS: There’s no mechanism to address issues of home-based workers and housemaids regarding their wages, how to provide them job security in this respect?

KA: Only Sindh and Punjab have formulated their policies for home-based workers. Sindh has also made the law, but it is still not implemented. Although Pakistan has signed two important Conventions of ILO pertaining to home-based workers and domestic workers, but not ratified any of them. They are C177 – Home Work Convention, 1996 and C189 – Domestic Workers Convention, 2011.

Any country that has ratified any ILO Convention has to make laws, but Pakistan has still not ratified any of them. Housemaids come under domestic workers categories but due to absence of any law, they suffer a lot. A large number of children are engaged as domestic workers and they suffer torture and humiliation. We have read many such cruel incidents in the newspapers and media but there is no such law to protect their rights.

"We are demanding a living wage instead of a minimum wage"

Burnout in the times of Covid