Mason Road was once a serene home to bungalows owned by eminent Britishers and Anglo-Indians. Today, it has turned into a commercial locality at best 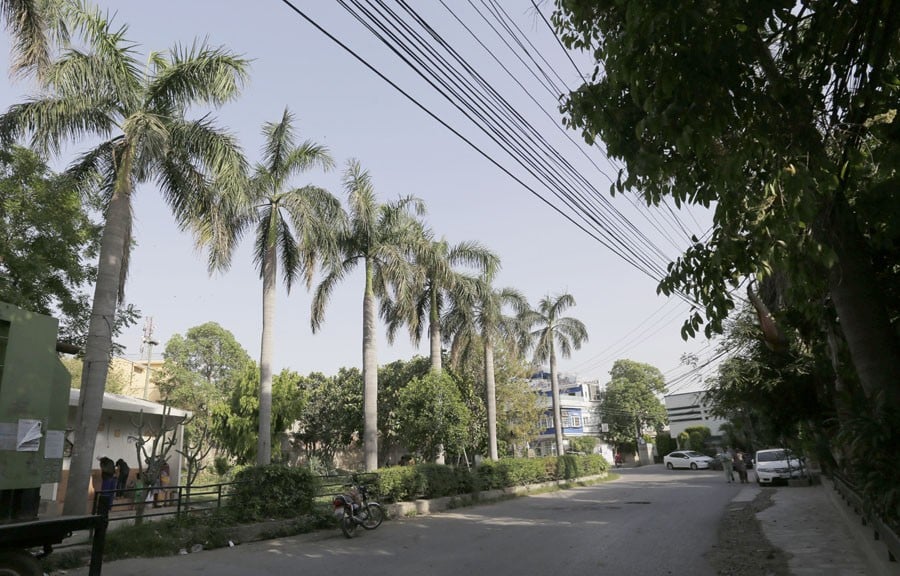 History tells us that between 1925 and 1935, prominent British writer Alexander Wilson, who had worked as a spy and MI6 agent, lived on 11 Mason Road, a bungalow, where he famously wrote The Mystery of Tunnel 51 and The Devil’s Cocktail. That bungalow is said to have been demolished in the late 1900s -- or early 2000s -- and three new houses with the numbers 11-A, 11-B and 11-C appeared.

"After partition, the locality was known for its large houses where a majority of Anglo-Indian and British nationals resided," says Shahid Imam, an old resident of Mozang. He says that he would often visit the locality with his friends to "peek into this big bungalow where an Anglo-Indian family lived with over 100 cats.

"We would climb a tree next to the boundary wall of the bungalow, and count the cats that were in many types and colours. It was a favourite exercise with us."

According to Imam, a majority of the residents on Mason Road at the time were "gora" (Britishers).

The British Council Library building, Lawrance Garden (Bagh e Jinnah), Chairing Cross, Masonic Temple building (now Chief Minister’s Office), The Mall, Lahore Zoo, WAPDA House, and Punjab Assembly are some of the main attractions around this historical road. (The Punjab CM’s office is also housed in the 1914 Lahore Masonic Temple building, which was once formally known as the Lodge of Hope and Perseverance. The Lodge was closed in 1972 by Zulfikar Ali Bhutto, who had dubbed the Freemason Movement as "anti-Islamic.")

Shamim Akhtar, a professor of a nearby girls’ college who spent her childhood in a bungalow on Mason Road, recalls how she along with her family members used to take a walk on evenings up to The Mall and stand before the grand statue of Queen Victoria on Charing Cross. "The statue was removed and shifted to the Lahore Museum in General Ziaul Haq’s time, and was replaced by a wooden model of the Holy Quran."

Akhtar also remembers her father telling her that before partition the area that encompasses Mason Road, Lawrence Road, and Queen’s Road was known as Donald Town, so named after Sir Donald Friell McLeod (1810-1872), a Lieutenant Governor of the British Punjab.

Between 1925 and 1935, prominent British writer Alexander Wilson, who had worked as a spy and MI6 agent, lived on 11 Mason Road, a bungalow, where he famously wrote The Mystery of Tunnel 51 and The Devil’s Cocktail. That bungalow is said to have been demolished in the late 1900s -- or early 2000s

Presently, the area around Mason Rd has transformed into a commercial hub. A large number of private companies have set up their offices in residential buildings. Some of the olden bungalows are still intact but most have long lost their original identity -- they have either been divided into small, residential cubicles or apartments.

Ziaullah, a former resident of Mason Road, says he left the area some five years back because "it became very noisy, thanks to the growing traffic outside."

He also speaks of "a number of hostels for boys and girls [that] were built in the area, due to which many tuition centres also came up. Similarly, the working class got small homes on rent, and the rising demand tempted the native residents to divide and subdivide their properties to make money."

Abdul Rehman, owner of a local office on Mason Road, says his business is flourishing in the area, as it is in close proximity to the city. He adds that the area today "lacks basic facilities. For instance, there’s only one water filtration plant to cater for the needs of thousands of citizens settled here and in the neighbourhood. Besides, the main park [in the area] has shrunk, and the road as well as the streets need rehabilitation and repair."

Jamil Ahmed, a senior official of the Lahore Development Authority (LDA), says that in 2015, Christopher McGill, one of Alexander Wilson’s great-grandsons, visited Lahore to see the bungalow of his grandfather. "The Lahore that Wilson knew, between 1925 and 1933, no longer existed, as the city was growing."

Many residents of the area tell TNS that the government should work on the development of the area and also preserve the pre-partition buildings.