Moving towards a cycle of healing

Regardless of whether or not guilt is proven, these cases are forcing society to re-evaluate acceptable behaviour. This, in fact, may be the #MeToo movement’s most enduring contribution 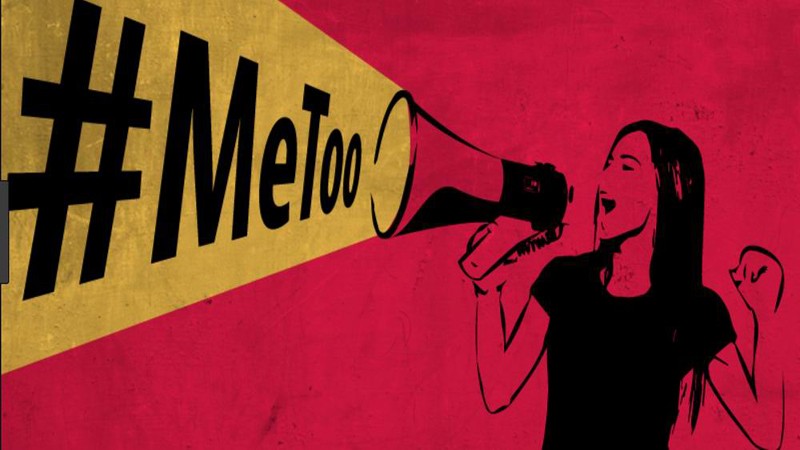 The social media hashtag #MeToo in the virtual world highlights a universal experience and challenges a real abuse of power - a range of sexual misconduct cutting across national, religious, ethnic, and class divides. Sexual misconduct cases are crimes of power, perpetuated not by strangers but by those familiar to the victim. The difficulties of reporting these cases means only a fraction come to light. Even fewer obtain justice.

No wonder the term "Me too" in relation to sexual abuse became viral when it appeared as a hashtag in October 2017. #MeToo gave a platform to many whose voices had been stifled.

In conservative societies like South Asia, social norms, taboos, and notions of shame and honour make it even harder to report sexual misconduct. The first step is to "break the silence" -- a slogan used by the War Against Rape, Karachi, in the 1990s.

But breaking the silence doesn’t always work and it comes at a price, even for the privileged.

An early example is that of Veena Hayat, a friend of then Prime Minister Benazir Bhutto. Gangraped in 1991, she went public with the support of her father, veteran Muslim Leaguer Shaukat Hayat. A government tribunal acquitted the main accused, Sindh police chief Irfanullah Marwat, son-in-law of then President Ghulam Ishaq Khan.

Another high-profile case is that of Dr Shazia Khalid, gangraped in January 2005 allegedly by a military officer in Sui, Balochistan. She went to the police, supported by her husband who withstood pressure, including from his own family, to stay quiet. Gen. Musharraf’s military regime confined the couple to their house, then bundled them out of the country before the case could be investigated.

For an unlettered rural woman to report rape and persist with the case is even rarer. Mukhtar Mai, gangraped in 2002, initially thought of killing herself by swallowing poison. Fellow villagers, including the local mullah, supported her in going to the police instead.

"No woman who has survived sexual assault would want to make her plight public", Mukhtar Mai told me. "But when one woman comes forward, others gain courage to speak out".

"Some women have to bear the brunt for others to benefit", comments activist Sheema Kermani.

She is among the dozen who went to court against Karachi University professor Sahar Ansari for sexual harassment in August 2017. The Sindh ombudsman (required by the Protection Against Harassment of Women at the Workplace Act 2010) referred the case to a University Committee that in January 2018 found the professor guilty and relieved him of his duties.

It is hard for those with power to seek forgiveness. But authentic acknowledgement of the harm done rather than defensive denials enables the sufferer to forgive… what’s needed is self-reflection, compassion, and a recognition that this is an ongoing struggle.

A woman who has suffered sexual assault "may never get over the trauma", said Mukhtar Mai, "but getting the guilty punished can bring a sense of peace".

Except that the guilty may never really be punished. As ubiquitous as this form of violence is -- the network of status quo upholders shielding perpetrators.

Prof. Ansari, barred from university activities, continues to be honoured at literary functions. Technical flaws in Mukhtar Mai’s case enabled the Lahore High Court in April 2011 to acquit all but one of the accused. It took years for the Supreme Court to admit her review petition; the hearings are currently pending.

In America, allegations of sexual misconduct didn’t prevent an unlikely presidential candidate from being elected, despite video evidence shared widely on social media. Nor did sexual assault allegations prevent the confirmation of US Supreme Court nominee Brett Kavanaugh; an FBI investigation into the case ignored some 40 witnesses.

With the legal process often failing victims, social media is a platform for their most powerful tool: personal testimony.

The dignity of Kavanaugh’s accuser Dr. Christine Blasey Ford lives on, as does Kavanaugh’s bluster, in video recordings of their testimonies. She may have lost the case, but Dr Ford’s testimony and stand empower others.

The pattern is visible in the case of singer Meesha Shafi who accused her erstwhile friend and colleague Ali Zafar of sexual harassment; the case is currently in court.

Regardless of whether or not guilt is proved, these cases are forcing society to re-evaluate acceptable behaviour. This, in fact, may be the #MeToo movement’s most enduring contribution.

"I thought she wanted it" or "Why didn’t she object?" no longer justify unwanted sexual overtures. Conscientious, ‘woke’ society members are sensitive to the new boundaries being established. Many are re-evaluating their behaviour as community members -- "Did I enable a friend, colleague, or relative’s sexual misconduct by not stepping in or by staying silent when I noticed it?"

Social media is also changing the process of establishing guilt. The downside is that online discussions can become witch-hunts.

While sexual abuse survivors must be completely supported, #believesurvivors should not mean denying the accused the right to a fair hearing, and investigations must involve the principles of neutral fact-finding, argues Emily Yoffe in The Atlantic (Brett Kavanaugh and the Problem With #BelieveSurvivors, 3 Oct 2018).

"The best reporting of the #MeToo movement has shown that when journalists examine all the possible holes in an accuser’s account, find corroborating witnesses and documentary evidence, and give the accused the opportunity to respond, they make the victim’s story more powerful".

Besides ensuring a fair hearing, does society have further a "duty of care" responsibility towards the accused? What about those accused of child abuse or molestation, themselves often victims of child abuse and unaddressed trauma?

Given the stigma, it is rare for women to make false accusations of sexual misconduct. However, the anonymity afforded by social media increases this risk.

"While it’s a positive sign that women are coming out with complaints of sexual harassment, the flip side (if we may use the term) is that there is ambiguity regarding the process and requirements for transparency," says Tasneem Ahmar, Executive Director, Uks Research Centre. "There needs to be a lot of awareness on how to handle this issue. That goes for everyone, from media to public and justice system. Otherwise there’s a risk of it being called flawed and becoming ineffective."

The guilt "established" through social media makes an accused a target for lynch mobs, online and in real life. The consequences -- mental anguish, loss of reputation or finances -- are real and lasting, for the falsely accused and the guilty alike.

"If we want a society free of sexual misconduct and we want people to really understand the impact of their actions, then publicly shaming them is not the way to do it. It makes us feel good, but it doesn’t do anything to reduce sexual misconduct," comments Alissa Ackerman-Acklin, an assistant professor of criminal justice in America (In age of #MeToo, can there be forgiveness, second chances?, AP, 15 April 2018).

Harsh punishments don’t work in the long term either, even though in sensational cases, calls for public hanging or castration take over the narrative. Research shows that the certainty of punishment is a greater deterrent to crime than the severity of a sentence.

The old phenomenon of victim-blaming is also amplified by social media. Women who venture into public online spaces also face such abuse, with little redress. It is then understandable, and an individual’s right, if she chooses to stay anonymous.

However, the conversation really only shifts when there is an identifiable protagonist. Mukhtar Mai’s case captured public imagination "not just like that, but because she put herself out there, came into the open", as her lawyer Aitzaz Ahsan observed.

If the overall goal is to reduce instances of sexual misconduct, the concept of restorative justice offers a way forward. This would involve making amends to the victim as well as publicly recognising that the nature of the harm also affects the community (AP, 15 April 2018).

Take the reactions to Aurat March 2019. Rather than chastising women for overstepping social boundaries, what’s needed is acknowledgement that the controversial slogans and drawings came from a place of pain, of young women who have suffered.

It is hard for those with power to seek forgiveness. But authentic acknowledgement of the harm done rather than defensive denials enables the sufferer to forgive. The cycle of healing set in motion benefits everyone.

Restorative rather than retributive justice, reconciliation rather than revenge, may be distant dreams in Pakistan. If these are ideals worth striving for, what’s needed is self-reflection, compassion, and a recognition that this is an ongoing struggle.

Moving towards a cycle of healing