The new local government system introduced in Punjab promises devolution of financial, administrative and political authority, and offers the PTI an opportunity to beat the PML-N in the province 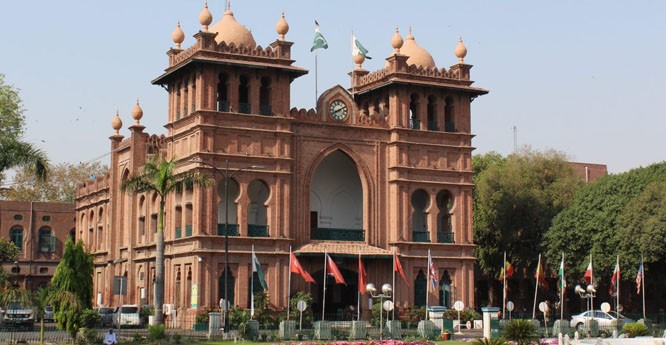 The new law immediately dissolves the previous local government bodies and temporarily (at least for one year) gives all powers to the government-appointed administrators till new elections are held based on the new law.

The new system, as the PTI government claims, will bring "revolutionary changes", ensure devolution of powers at grassroots level which means equal distribution of resources and equal opportunities of development.

One of the key features of the new system is direct election of mayors in all the cities. In the past, a limited electoral college of councillors chose the mayors. The bill further allocates at least 33 percent of funds for the development of grassroot-level neighbourhoods and village councils; eliminates authorities, companies and bodies which overlap the role of local governments, such as water and sanitation authority, development bodies etc; reduces the term of local bodies from five to four years; and lifts the bar on academic qualification.

The new system, astonishingly, eliminates district mayor and district council. There will instead be town mayors in tehsils -- a step which many consider against the spirit of the constitution. Article 140A of the constitution reads, "Each Province shall, by law, establish a local government system and devolve political, administrative and financial responsibility and authority to the elected representatives of the local governments."

The Punjab government’s decision to bypass districts and empower town and tehsil level system contradicts with the administrative divisions of the governing system of the country. The new law, however, suggests making ceremonial mayors in five big cities -- Lahore, Faisalabad, Gujranwala, Multan, and Rawalpindi. Other than town mayors, a lord mayor will lead a limited council in these big cities. The number of women seats is also reduced from 33 percent to a population proportion of that council. The reserved seats for youth and technocrats have been abolished while the seats for labour and minorities have been maintained.

The new law suggests making ceremonial mayors in five big cities -- Lahore, Faisalabad, Gujranwala, Multan, and Rawalpindi. Other than town mayors, a lord mayor will lead a limited council in these big cities.

As per the law, the village council will consist of 3,500 individuals, while in the old local government system, an average population of a basic unit (union council) was 22,000. Under the new system, a total of 22,000 village councils and over 2,500 local councils will be constituted across the province. This means 3,285 existing union councils in Punjab will be replaced by 22,000 panchayats and mohalla councils.

"We have brought this system after serious deliberations, to devolve power at the grassroot level," Punjab Law and Parliamentary Affairs Minister Raja Basharat tell The News on Sunday, adding, "We will also ensure new elections under new system within a year."

On the other hand, the main opposition party in Punjab -- Pakistan Muslim League Nawaz (PML-N) believes that the new system will strengthen the ruling PTI and manipulate public opinion. "They are afraid of our popularity, that’s why they are holding elections under the new system. They are afraid if they hold election soon the PML-N will win the local government elections," PML-N MPA Malik Muhammad Ahmed maintains. He adds the PML-N was not consulted before the passing the bill. "It was never presented in the house for open debate, which is clear violation of the democratic norms. This is bad legislation."

"This is a dilemma with the political parties in Pakistan that they never want to transfer or devolve power to local governments. They make this tier of governance merely a tool to extend their power and rule," says Salman Abid, a political commentator.

He praises the new legislation, "It is better than the previous system," but it has many "contradictions". He objects to the idea of eliminating the district council and fears many more changes in the system by the time it is enforced. "The new law and the unnecessary delay in local bodies’ election has a political connotation -- as the PTI wants to take some time to launch this system and make it politically favourable for the party in the future. This is where the real political battlefield between the PTI and PML-N will be faught."