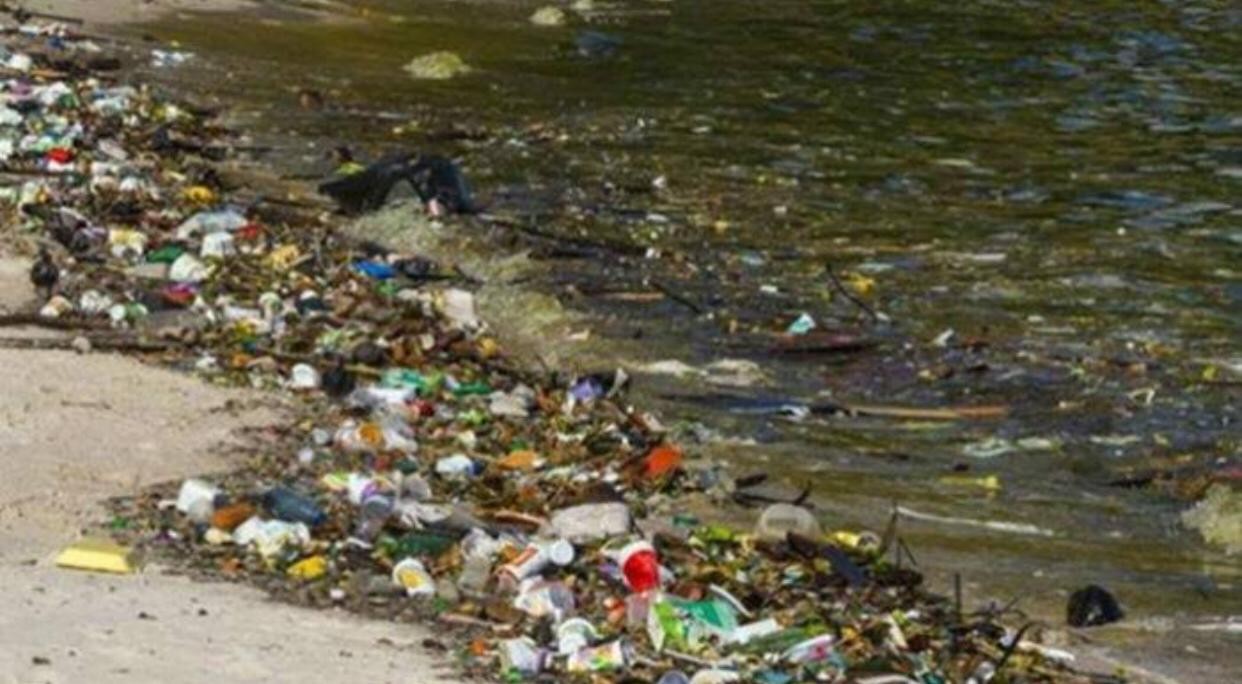 According to recent studies carried out by WWF-Pakistan, pollution caused by plastic items is very badly affecting marine life. Since plastic waste decomposes very slowly, it either floats in the open sea or piles up on beaches. Due to poor solid waste disposal system, coastline beaches of Karachi, Malir and Gwadar are littered with plastic waste.

Figures of Sindh Solid Waste Management Authority (SSWMA) say Karachi generates 12,000 tons of garbage everyday of which only 40 percent is collected and taken to dump site whereas the remaining garbage mainly reaches different nallahs or is burnt locally.

Muhammad Moazzam Khan, Technical Advisor (Marine Fisheries), WWF-Pakistan is of the view that only a fraction of garbage is burnt, which has its own environmental consequences but garbage that reaches the ocean consists mainly of non-degradable plastics. "The giant catfish and spot-tail shark getting caught in plastic items and in polythene bags are important evidences that illustrate how plastic pollution is rapidly destroying marine habitats," he adds.

According to statistics, marine pollution has impacted at least 267 species worldwide, including 86 percent of all sea turtles, 44 percent of all seabird species and 43 percent of all marine mammal species. The impacts include fatalities as a result of ingestion, starvation, suffocation, infection and drowning.

Mahera Omar, a filmmaker and director at Pakistan Animal Welfare Society says that sheer volume of plastic consumption is eye-opening. "We must act now to radically transform the way we live and consume. We need to challenge the throwaway culture encouraged by corporations and have the political will if we are to protect our precious earth from the collapse of oceanological ecosystems and irreversible climate conditions."