A 40-year affair with Colombo

The recent bombings in the Sri Lankan capital cannot dull the shine of this eternal city of coy lovers along the beachline, ancient tress and peaceful pluralism 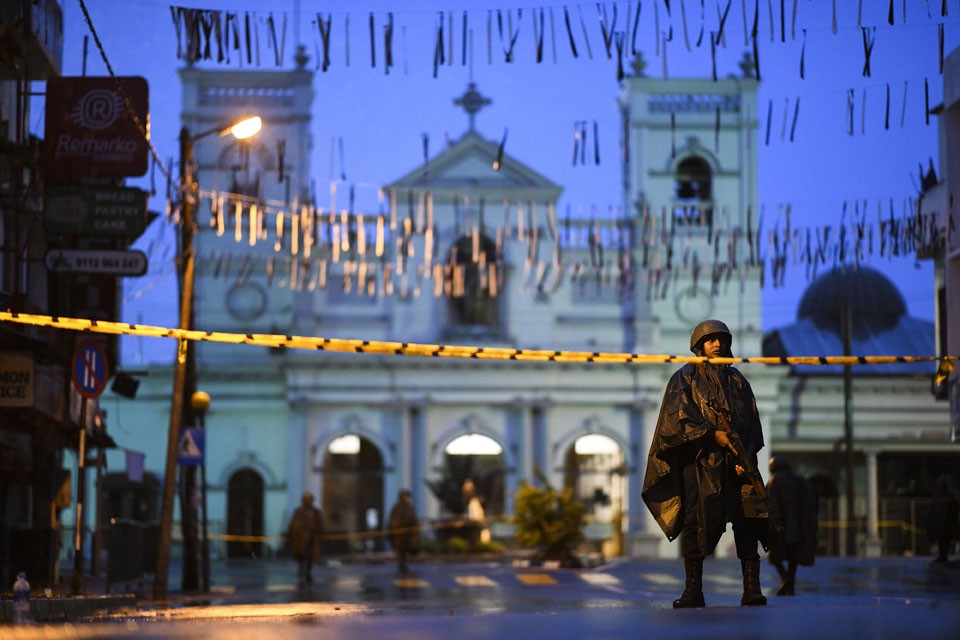 There is a place where the evenings bring out the best in Colombo -- a large open space for citizens to come embrace the ceaseless sea by the shore in an atmosphere of festivity, colour and amiable cacophony. It’s called Galle Face and is in the Kollupitiya neighourhood. For me, this was a boyhood haunt in the early 1980s as I used to simply stroll here -- a five-minute walk from the British Council Library that I used to visit on a weekly basis, another five-minute walk from my school where I was a pre-O Level student with dreams in my eyes.

Here the city’s business and cultural sides meet gently. Towards the north, the city tapers off into the busy port with now a growing cultural presence of hip hotels, cafes and meeting places, while on the eastern and southern sides lie shopping areas, cricket grounds, embassies, exhibition spaces and the presidency. Galle Face itself is now being ringed by upcoming high-rises that will make this place one of the best marine drives and corniches east of Dubai.

I envy the people who will live in the ocean-view apartments.

Three weeks ago, just a few days after I had returned from the latest of my relatively frequent visits to the Sri Lankan capital, the easy charm of Galle Face -- and some other places in both the city and eastern parts of the country -- was shattered when some suicide attacks ended up killing over 250 on Easter, almost all of them Christians attending mass on a quiet morning or hotel guests queuing up for a lazy breakfast. At least two hotels in the vicinity -- Cinnamon Grand and Shangri-La -- which have clear views of the calming-blue Indian Ocean were targeted and sustained casualties. Another hotel a bit further off, The Kingsbury Colombo, took a major hit with dozens of fatalities.

It is difficult to imagine the usually-cheery Colombo re-open wounds that many of us thought had been healed permanently. The emerald island of Lanka experienced one of the worst bouts of long-term terrorism in contemporary history with an insurrection by the erstwhile group Tamil Tigers, seeking a territory independent of Sinhalese rule. The country did well to fight and finally defeat the hate-fuelled militancy in the early part of this decade, which ended up claiming thousands of lives and nearly destroyed the country’s economy and life of harmony.

The latest attacks happened with the end of the civil war becoming a distant memory. The country is now seized with mourning and introspection about the whys of what has happened. Meanwhile worries abound at the prospects of tourism, one of the mainstays of the economy, taking a hit. This would be a shame because Sri Lanka is literally paradise when it comes to earthly beauty not just in terms of scenic splendour but also its incredible hospitality and charming citizenry. I know, I have been to 85 countries on all five continents and Sri Lanka pulls me back like no other country.

While the upcoming Tamil-majority Jaffna is a place to visit -- I was there two years ago -- for returnees, the usual splendours include Kandy, Nuwara Eliya, Anuradhapura, Polonnaruwa and Galle. Colombo, however, is like the diamond in Lanka’s shining crown.

As my siblings and I dallied about near the shore, a ripple of noise shot through the space chock-a-block with people catching the evening breeze. The date was July 31, 1980. Another newspaper-hawker, another supplement, another half page photo, another brutal headline, "Rafi is Dead!" It was the end of an era, the king of melody, one of the greatest crooners of South Asia, meriting the special supplement.

Only last month, for the umpteenth time, I thought how difficult it is to rival the beauty of Colombo’s shore. I was standing on the roof of a medium-sized tall building housing a swanky cooperative where civil society types and codemakers sipped their cappuccinos and discussed the changing media landscapes in South Asia. I was meeting friends. The building was on Galle Road, overlooking the city skyline with some blocks of single-storey houses, defying the skyscraper trends with their startling lawns boasting scenty frangipani trees. The sun was barely 15 minutes from setting and the warm orange-golden solar glow brought back memories of my childhood in the city where I spent six years with my diplomat father Rehmat Ullah Khan posted at the Pakistan High Commission.

I suddenly remembered clapping along with the small crowd of Pakistanis in the pavilion as cricketer Asif Iqbal drove the ball for a four through cover as Mushtaq Mohammad ran between the wickets with him at the Tyronne Fernando Stadium. This was the post-lunch session of a practice match. The date was July 4, 1979. Suddenly a commotion rose in the stadium and angry slogans rang out. A newspaper hawker was selling a single-page special supplement with a half-page photo and a two-word headline above it that I could make out even from a distance. The photo was of Pakistan’s first elected prime minister and the startlingly blunt headline read, "Bhutto hanged".

The resulting mayhem from protesting Sri Lankans cursing Ziaul Haq forced the match to be abandoned. That’s how much Sri Lankans loved Pakistani democrats and loathed its dictators.

Last month, cruising near Galle Face, I told my wife Ismat and my friends (we were in Sri Lanka on a week-long holiday) about another reminiscence from the ground. As my siblings and I dallied about near the shore, a ripple of noise shot through the space chock-a-block with people catching the evening breeze. The date was July 31, 1980. Another newspaper-hawker, another supplement, another half page photo, another brutal headline, "Rafi is Dead!" It was the end of an era, the king of melody, one of the greatest crooners of South Asia, meriting the special supplement.

Sri Lankans have always loved good singers. The first Urdu music cassette I ever bought was from a superstore in Colombo. It was Nazia Hassan’s "Disco Deewanay".

I didn’t know back then that my life would be daubed in newsprint with headlines -- I ended up being a journalist with historic personal roots in Colombo!

Last month’s Easter attacks are an anomaly, I would like to believe. Colombo deserves better and has a fantastic future ahead of it. The city takes in and boasts remarkable pluralisms -- of the nationalist, ethnic, linguist and religious varieties. It manages to retain its charm from the last century and sits comfortably with the ethos of the new millennium. It cradles coy lovers along the beachline entwined under umbrellas, 15-storeyed, glass façade buildings with high-end marts sit comfortably with single-storey merchant shops offering orange-hued king coconuts. Ancient trees and Buddha and Hindu statues and white-washed mosques and churches from a different millennium provide historical continuity on street corners.

Colombo is what Karachi could have been - clean, green, cosmopolitan, plural with a restless but fresh and friendly seashore, with its siren calls soothing the senses. Senseless, abrupt violence will not rob it of its evergreen charm and splendour. ‘Once there, you can check out any time you like but you can never leave’. It stays with you. It has stayed with me for 40 years. If you haven’t been, now’s your chance for a lasting affair.

A 40-year affair with Colombo