Medical malpractice is not attempted murder

What can be done to improve situation in hospitals? 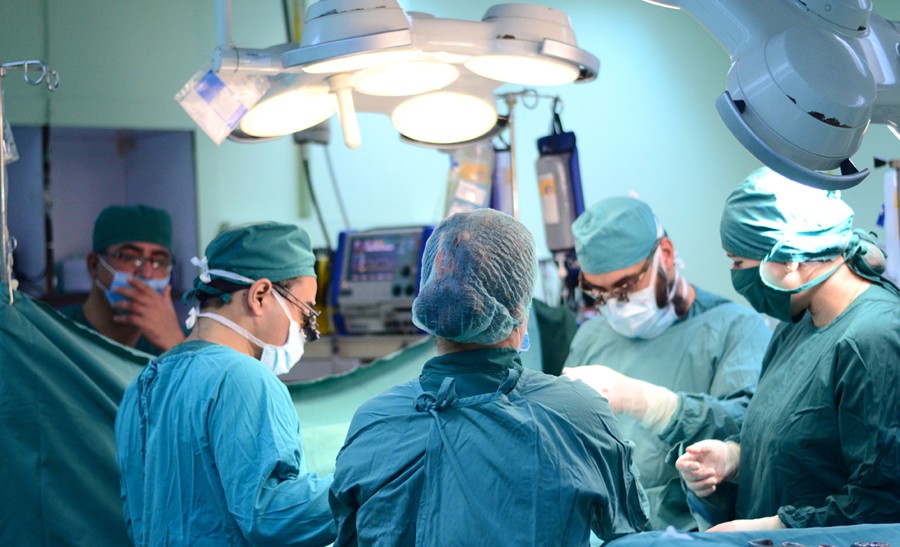 Recently there has been a spate of news about patients dying or having problems due to improper medical care. Every premature death or unexpected disability is an unfortunate occurrence and saddest of all is the death of a child that could and should have been prevented.

The news reporting of such incidents seems to suggest that somehow the medical professional or the hospital responsible for an unfortunate and a sad result actually wanted and even perhaps deliberately tried to cause harm to the patient. That almost always is not true.

For almost fifty years I have worked with doctors, nurses, and other medical professionals. Both my parents were doctors and there are many doctors in my immediate family. And over my own professional life I have made many friends among members of the medical profession.

Having known so many medical professionals over the years I can say without any hesitation at all that I have never met a doctor or a nurse that wanted to harm a patient.

For more than thirty years I practiced medicine in the United States, first as a resident in training and then as an attending (consultant) physician. The medical system in the US is very susceptible to legal actions and every practicing physician has to carry malpractice insurance that can be quite a major expense.

During my time in the US I saw many patients that had ‘bad’ results after treatment in hospitals and doctor’s private offices. And many physicians that I knew were sued for malpractice due to a bad result after treatment. In more than twenty years of practice as a heart surgeon in the US, I was never sued for a bad or unfortunate result. Perhaps luck played a part in that.

The important thing to remember is that people that come to hospitals for medical treatment are sick to start with. And not all sick patients can be made better. Some will get worse and some might even die in spite of receiving the best possible medical care.

The point then is that not all bad results are due to improper and wrong treatment. But some might be. And in the US there is a system that allows wrong or bad treatment to be identified. And if physicians or healthcare professionals employed by a hospital are considered by the patient or family to be at fault then they can be sued in a court of law and might have to pay ‘damages’.

One of the results of the constant fear of ‘malpractice’ suits is that it keeps physicians and other medical workers ‘honest’. However from my personal observation what has happened in the US is that physicians and hospitals now practice what is called ‘defensive’ medicine. More than necessary tests and investigations are done on patients to make sure that nothing is missed. And that is a problem by itself.

That said, medical errors do happen and the entire medical profession in the US at all levels keeps trying to minimise errors. One area most prone to error used to be physician’s prescriptions. Doctors as is well known have bad hand writing and badly written medical prescriptions were a major cause for medication errors. Now many if not all prescriptions are transmitted electronically to a pharmacy removing the problem of bad handwriting.

If a serious medical problem does occur in a hospital then the hospital administration as well as the owners must also be held responsible.

Another way that prescription errors have been cut down is that now pharmacists as well as nurses giving medications feel absolutely no qualms about asking a physician to explain the prescription. As a matter of fact these healthcare professionals are encouraged to challenge any doctor’s orders if they have doubts about.

Many improvements have occurred that have decreased the chance of medical errors. Even so there is an active malpractice environment in the US and that of course means that enough errors happen or are at least suspected to keep malpractice lawyers in practice and malpractice insurers in business.

The most important measure that cuts down on medical errors is the education of all medical personnel about how to avoid errors and by establishment of appropriate protocols. In short, educated and trained medical teams cut down on the number of medical errors in any hospital setting. And only appropriately trained and officially licensed medical personnel are allowed to become involved in care of the patients.

The one area where many physicians as well as other members of the healthcare teams become involved in wrong activity is when money starts to take precedence over proper care for the patients. Many doctors as well as hospitals in the US get paid according to the amount and the level of care that is provided to a patient.

It then becomes a matter of money to provide care more than is necessary to inflate the charges for hospitalisation as well as for tests and procedures that are performed. In the field of cardiac care in the US a few physicians and medical facilities keep getting investigated every year for performing unnecessary ‘stent’ procedures. However in most cases like these the patient usually does not suffer any major medical problems.

Another area where physicians along with pharmacists and other medical practitioners have become increasingly involved is the over-prescription of habit forming pain medications. This is a major problem in the US at this time. The number of people dying from over-dosage of these painkillers that are opium derivatives or related drugs is quite large.

Now to what happens in Pakistan. First it is important to point out that there is no tradition of a malpractice legal system or malpractice lawyers or malpractice insurance. It is essentially a free for all and the only recourse for aggrieved patients or their families is to register a criminal case or else physically ‘torture’ the medical person they feel is responsible for a bad medical outcome.

In most Pakistani hospitals untrained or poorly trained paramedical staff as well as untrained junior doctors are often left completely in-charge of patient care with little oversight by senior medical staff. This is a recipe for disaster.

There definitely are hospitals in many major cities in Pakistan that are run quite well but those, as the saying goes, are exceptions that prove the rule.

What can be done to improve things? First of course is the need to separate medical malpractice from the criminal code. An error in medical judgment that causes bodily harm is not the same thing as an attempted murder.

The second and by far the most important thing is to regularise hospitals. Create a basic definition of what a hospital should be and what services it must provide. And then establish the minimum number and types of staff that should be present at all times and the required training and qualifications of such staff. If a serious medical problem does occur in a hospital then the hospital administration as well as the owners must also be held responsible.

Medical malpractice is not attempted murder