US denial and China’s rise

The US needs to re-orient its China policy. It needs to realise that China is a power to reckon with 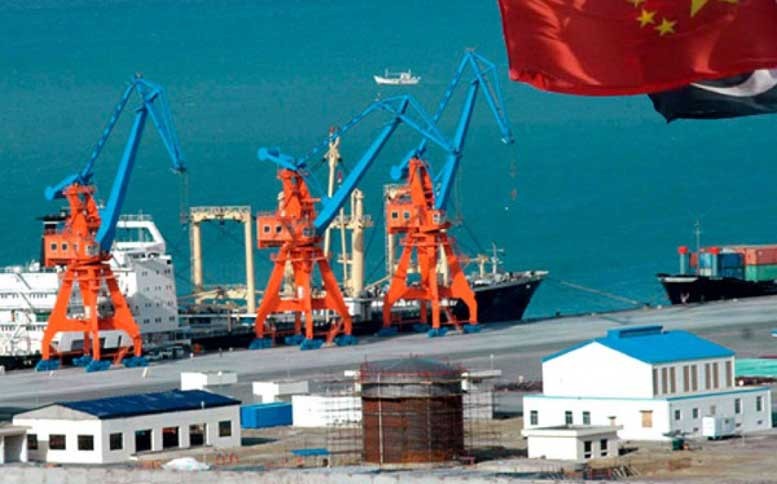 China’s rise is perhaps the most significant socio-political and economic phenomenon to take place in the first two decades of the new millennium. Following the events of 9/11, the Global War on Terror and the aftermath of the US economic recession, China’s emergence not only as an economic giant, but as a credible global political leader has recently dominated foreign affairs and regional development analyses. Perhaps the US’s recent obsession with China, gaining intensity since President Trump’s election in 2017, has done more service to highlighting China’s growing influence than China itself could have hoped for.

There is no denying that US-China relations significantly determine China’s equation with the rest of the world. The world, used to perceiving the US as the hegemon of the democratic, liberalised world, has now been presented with an alternative: a centrally-governed, liberal-economy-following, poverty-alleviating Asian superpower. China also receives its credibility from presenting itself as a global leader with civilisational roots spanning millennia. It champions its principles of respect for territorial sovereignty, non-interference and development through mutual gains as its model of global leadership.

When the BRI was announced by Chinese President Xi Jinping in 2013, the Chinese leadership was quick to market this revival of the Old Silk Route as a ‘win-win situation’ for all participating states - a strategy it sustains as BRI projects unravel across Central Asia, South Asia, Africa and even Europe. China has repeatedly maintained that the BRI will not only help realise physical connectivity through the various infrastructure projects it is investing in, but the BRI will also build people-to-people contact, boost economic integration and ensure greater stability through cooperation on security measures.

The Chinese vice foreign minister, for instance, has recently stated that China’s foreign policy "means to provide a platform to explore the building of a community with a shared future for mankind."

The Chinese grandiloquence of community development, mutual gains, and international cooperation and connectivity contrasts significantly to the US, which is increasingly being perceived as a self-centered superpower, imposing its policies on the rest of the world. The embarrassment of the Iraq War (the absence of weapons of mass destruction for one), the disastrous receding of the US from the Afghan war and its detrimental role in the Syrian Civil War are only recent examples of how the US is cementing its reputation as an imperialist -- a stark contradiction to its claims of being one of the oldest modern democracies in the world.

President Trump’s ultra-nationalistic foreign policy approach, campaigns of "putting America First" and plans of building walls (both physical and virtual) to sustain Republican resistance on immigration are all indicative of why countries around the world have unfavourable views when it comes to US foreign policy choices.

Lying in a geography where armed conflicts and territorial disputes are the norm, China’s foreign policy will undoubtedly be one that focuses on avoiding war, particularly where four (North Korea, India, Pakistan and Russia) of the eight nuclear armed countries are in close proximity to you.

Yet, despite the low confidence Trump’s government has garnered internationally, findings from the Pew Research Centre indicate that most countries still prefer US leadership over that of China. However, it is worth noting that the same research indicates that China’s position as a global economic power is viewed at a very similar level to that of the US. As potentially the world’s top economy, coupled with effective international diplomacy efforts, it would not be unreasonable to predict China soon exceeding the US in creating a better global image.

For instance, international relations expert Mor Sobol writes that China has been redefining regional relations from the get-go of the BRI. The policy of ‘China Peripheral Diplomacy’ (CPD) was introduced to effectively engage with its neighboring countries and foster a relation that helps China maintain regional security.

Lying in a geography where armed conflicts and territorial disputes are the norm, China’s foreign policy will undoubtedly be one that focuses on avoiding full war, particularly where four (North Korea, India, Pakistan and Russia) of the eight nuclear armed countries are in close proximity to you. In the aftermath of the Pulwama incidence, and rising Indo-Pak tensions, the region looked towards China’s reaction to the situation. Many analysts argued that China’s refusal to designate Jaish-e-Muhammad leader Masood Azhar a terrorist stemmed from its primary concern of keeping its own territories safe from a wider network of extremist organisations.

Yet, China also hesitated to take clear sides, refraining from either blaming India or Pakistan for the escalation and calling upon both sides to show restraint. As China begins to be perceived as the ‘third party mediator’ in key diplomatic disputes, it is likely to take on the responsibility, as leaving space for any other influencer to come in will go against the strategic objectives China Peripheral Diplomacy hopes to achieve.

The US has met China’s growing regional influence with growing skepticism, which it has not hesitated to vocalize in any opportunity it has received. It has chosen to focus on and magnify the failures of a socialist regime, which clearly lacks respect for democratic values like transparent decision-making, freedom of expression and the right to self-determination. The US has repeatedly called out China for technology theft, interference in US elections, unfair trade policies, annexationist motives in the South China Sea and the plight of Uighur Muslims and their forced ‘re-education plans.’ But finger pointing will not get America anywhere. After all, conflict between two nuclear-armed states can have catastrophic results.

So the US needs to re-orient its China policy. It needs to come out of denial and realise that China is a power to reckon with. It is time America transitions from completely trying to contain China to pursuing regional cooperation and balancing Chinese power through effective diplomacy with other regional stakeholders.

It is understandable why China’s rise seems so threatening to Americans who have for decades assumed that the US is and will remain the dominant global power and will be able to channel Chinese policy in the direction it needs. But is an alternative to US dominance so bad for the world? China clearly doesn’t think so. It has repeatedly indicated that China’s position, as a world leader is legitimate and founded on epochs of civilizational advancements. Its newfound confidence comes from its unmatched economic and military progress and ability to form a new international world order that has room for competitive players other than the US.

Back in 2002, while compiling his essays on Asia’s development challenges, Singaporean scholar and diplomat Kishore Mahbubani wrote, "Most Westerners cannot see that they have arrogated to themselves the moral high ground from which they lecture the world. The rest of the world can see this…The world will be a much richer place when Western minds stop assuming that Western civilisation represents the only universal civilisation." Mahbubani’s words could not have predicted more aptly that the biggest challenge to the western hegemon would be its inability for self-reflection and consistent denial of the reality that the East too could recapture its long lost global leadership.

US denial and China’s rise