Just as half the buildings have been lost to the vagaries of time after partition, the contribution of the Lahore Darbar has also been lost in the annals of history 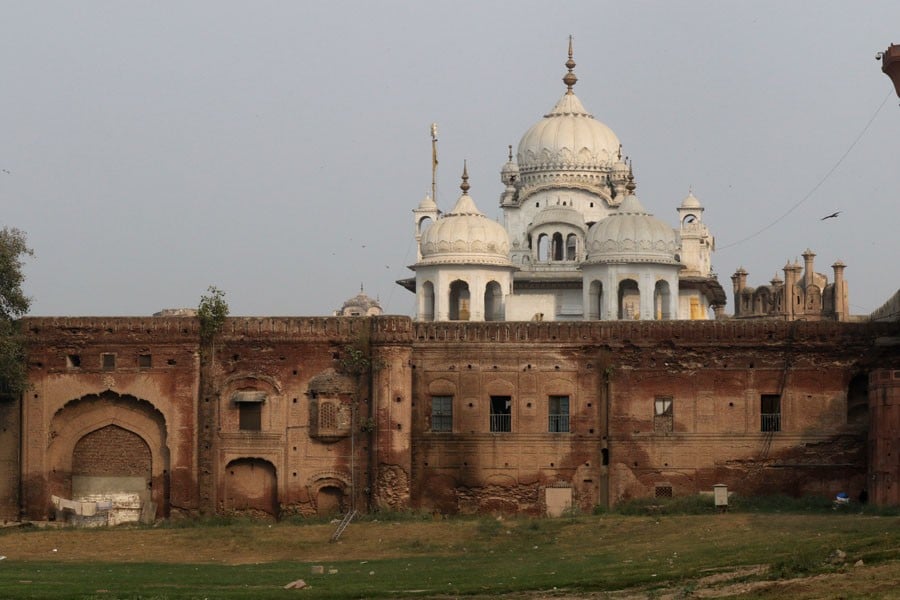 With a history that dates back more than 2,000 years, the city of Lahore has never been short on history and culture. Owing to its location, the city was once a cut-off township on the myriad of trade routes converging into Delhi. It was not until the advent of Muslim rulers that the city started to make its presence felt on the political map of the subcontinent. It is mainly due to this reason that discussions regarding the history of the city are usually dominated by the mentioning of the Ghaznavid and Mughal empires.

The city, however, tells about its past through visible signs of the people who also lived in and made the city their home. The indentations of the old buildings tell another story of Lahore, a story that has been lost to the polemics of the identity of the country. The once bustling eastern capital of Mahmud Ghazni and the capital of Akbar, Lahore also served as the capital of the Sikh Empire known as the Lahore Darbaar. But the Sikh presence in the city has been recorded way before Ranjit Singh relocated the Sikh empire capital from Gujranwala to Lahore in 1799.

Lahore is revered in Sikhism for being the birthplace of the religion’s fourth guru, Guru Ram Das, who was born in 1534 and also the place where his son, the fifth Guru of Sikhism, Guru Arjun Dev, was tortured to death in 1606. The death of the fifth Guru is considered to be a defining moment in Sikhism after which the sixth Guru, Guru Har Gobind, started arming and giving martial training to his followers. It can be said that this episode in Lahore made the Sikhs raise an army that would one day rule from the very city where the Guru was murdered.

The administration of Lahore first came in the hands of the Sikhs during the late 18th century when Ahmad Shah Abdali frequented the region with his invasions to plunder the wealth of the subcontinent. It was during these times that the Sikhs were divided into independent states (Misls) that made up the Sikh Confederacy. The lack of governance within the region led Lahore to be governed by three chieftains from the Bhangi Misl, Gujjar Singh, Suba Singh and Lehna Singh Majithia. During the 30 years rule of the three chieftains, the city saw an expansion outside the walled city and towards Amritsar. The area between Shalimar Gardens and Amritsar was governed by Gujjar Singh, who developed the area for people to live in. The Qila Gujjar Singh locality in modern-day Lahore is the place where Gujjar Singh constructed a small fort for himself and is the only remnant that remains from the time when the Bhangi Misl ruled.

But the epitome of Sikh influence in Lahore only came when Ranjit Singh from the Sukerchakia Misl besieged the Lahore Fort in the Battle of Basin in 1799 and became the master of the Lahore. The three Chieftains fearing for their lives fled the city, never to return. Maharaja Ranjit Singh was like a meteor who shot up in the sky and dominated the scene for about half a century by unifying all 12 Misls of the Sikhs under one emperor and shifted his capital to Lahore, placing the foundation of the first Sikh empire within the subcontinent.

It can be said that of all the town and cities where remnants of the Sikh Empire can be found, Lahore is perhaps the city with the richest legacy. Buildings associated with Sikh royalty in the city include the Hazuri Bagh Pavilion, the Samdhi of Maharaja Ranjit Singh, the Athdara, Sheesh Mahal, etc.

For over a century, the city was plundered mercilessly by invading Afghan forces and Sikh Misls, the Lahore Darbar was an opportunity for Lahore to redeem its lost glory as a place worthy for Royalty. During the reign of Maharaja Ranjit Singh and his successors, Lahore started recovering from the utter devastation caused by constant warring.

It was during his reign that Maharaja Ranjit Singh started rebuilding the city and restored buildings from the Mughal era that were left to ruin. The restoration of Shah Jehan’s Shalamar Gardens was also initiated during the time of the Lahore Darbar and early British literature from the region also suggests the presence of Sikh frescos on the walls of the garden. Under the Sikh reign, architecture was given royal patronage, just like the time when the Mughals ruled from Lahore, and mainly because the Sikhs wanted to build structures that would last and stand at par with the buildings from the Mughal Era. With the advent of Europeans to the Lahore Darbar in 1822, the Sikh architecture saw more changes. The Sikh nobles not only built grand mansions within Lahore but also Samdhis, that were decorated with images of Sikh Gurus and famous saints.

Unfortunately, almost half the buildings have been lost to the vagaries of time after partition and no trace of it can be found. Ironically, the contribution of the Lahore Darbar for the city has also been lost in the annals of history.

Jogi — a tale of sacrifice

Politics over climate change? Any day

Gone to the dogs