In the land of emojis 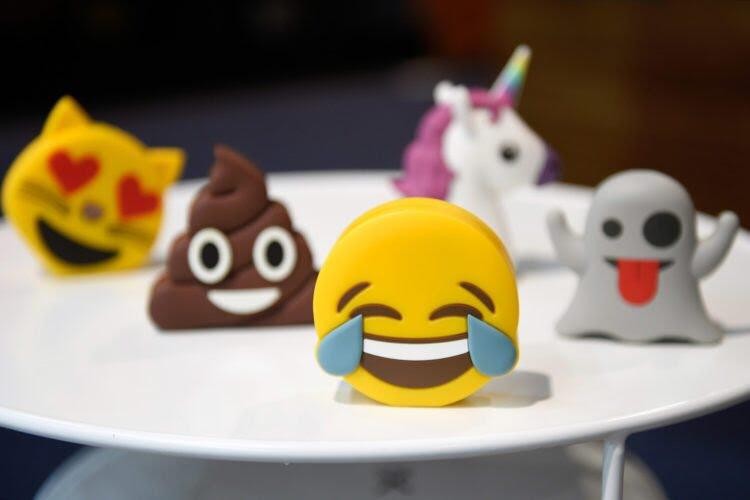 I’ll make it short: We, as of right now, are living in incredible times. While the physical world is (unfortunately) turning to dust, the virtual world is thriving. Ways of communication that exist now were unthinkable just a few decades ago. New global languages have evolved in the shape of emojis, hashtags and memes. Etiquette has been completely overhauled for the digital age, ignorance of which is no longer an excuse.

If you, like me, have grown up without the blessings of the internet, you would easily understand the scale of the revolution we have witnessed. Consider the linguistic life of my daughter, who, like most teenagers, talks quite a bit to her friends. She also does her class projects and writes her essays. But the manner in which she and her friends converse with each other in the digital space might look slightly odd, even off-putting, to the ‘uninitiated’. In their world, correct use of punctuation or spellings is a sign of the inarticulate.

Case in point: HELEO, BWO WAS THE TWST!!!

Loose Translation: Hello, how was the test?

Apparently, writing like this is a thing now (how I wish I could use an eye-rolling emoji here).

One of the most ascendant aspects of written communication over the internet these days is a little yellow smiley-face that we like to call an ‘emoji’. Though my daughter thinks that the ‘emoji culture’ is now ancient and has mostly been taken over by its slicker counterpart the ’animoji,’ I’d still like to believe it’s relevant. Like any other kind-of-language, emoji is also evolving, not only in shape and size, but also in the ways it is being used by texters. Because of their convenient flexibility, emojis can mean different things to different people. People of all ages understand that a single emoji can say more about their emotions than text. In fact, people love emojis so much, they now have an official ‘Emoji Day’ to celebrate their existence. So for now, I’ll ignore what my daughter says and focus on increasing my emoji collection (or not).

Then there is the mind-boggling evolution of hashtag and meme culture; different from emoji culture but definitely in the same league. To make a meme, you just need to take some matter from popular media out of context, remix it with some other content and voila! you have an entirely new (preferably outlandish) meaning attributed to it, that you can now relate to. The way layers of meaning can be added to a medium is how a meme can effectively be used as a mode of communication. My daughter thinks that Pakistanis are still using memes the way they did back in 2015, but well, at least we’ve accepted them. That is progress.

That brings us to hashtags! We see them everywhere on social media, from Twitter to Facebook to Instagram. Their essential use is to group communications together so people can use the meta tags to read about something in a more focused manner. However, with kids increasingly saying phrases like,"hashtag: blessed" or "hashtag: need to sleep," hashtags are becoming a part of real conversations, both online and offline. People are now using hashtags to ‘tag’ their thoughts, hence better organising them, both online and in real life.

Language purists worry about the loss of authenticity of language with the way it is being used (or as they say, butchered) over the internet. But the digital world is where we generally pay little heed to whether or not our grammar is necessarily ‘correct’. So does that mean that English as a language is deteriorating? Not quite. At a talk in 2013, David Crystal, linguist and author of Internet Linguistics, said, "The vast majority of English is exactly the same today as it was 20 years ago. Ninety percent or so of the language you use in a text is standard English, or at least your local dialect."

Our everyday online language is rapidly evolving. The intelligent thing to do would be to accept the conceptual cultural climate instead of acting like it doesn’t exist. After all, language is but a tool -- albeit a powerful one -- to connect with each other and to bring things, ideas or people together. That is what technology does best as well.

As a matter of fact, that is what technology has always done.

In the land of emojis