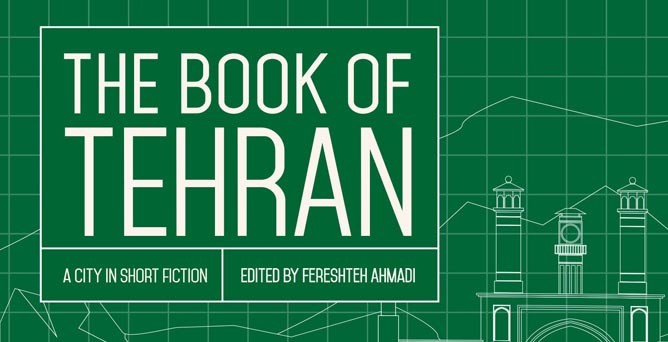 The closest I have been to Tehran was on a detour while visiting Gwadar, stepping over the flimsy rope that demarcated the border between Iran and Pakistan. But as a longtime fan of Iranian cinema and literature (my favourite film is Maryam Keshavarz’ Circumstance -- which was banned in Iran -- and my favourite book is Azar Nafisi’s Reading Lolita in Tehran, a professor’s memoir about a book club she starts for young women so that they can read banned western classics), I have felt close to Tehran in other ways.

Art recreates cities through imaginative lenses, lending them an intensely personal hue that is both realistic and fantastical. Books like Persepolis and Reading Lolita in Tehran, stories of living through the revolution and the Iran-Iraq war and the pain of exile either during or after this time, resonated with me. The political turmoil, the policing of women’s morality -- these reminded me of growing up in Karachi in the nineties and two-thousands. But they also told a particular story about Tehran, the kind of story I had been telling for years about Karachi: a story meant to explain life in the context of international headlines, instead of despite them. The Tehran I imagined probably wasn’t the Tehran that was -- and short of visiting it for myself, I didn’t know how to experience it.

At least not until I got my hands on a copy of The Book of Tehran, an anthology of ten stories by Iranian writers, all published in English for the first time by Comma Press, a Manchester-based publisher. The stories have a gentle universality to them that lends them the quality of being set anywhere and everywhere: a quality born of the collection’s focus on the interior lives of its urban subjects. In one story, Payam Nasser’s ‘Wake It Up’ (translated by Sara Khalili), set in the wake of a doomed love affair, the protagonist strikes up a recurring interaction with a four-year-old boy who lives elsewhere in the apartment complex he has just moved into. The best short stories I have ever read are layered: one strand of events sheds light, shockingly and stunningly, on another. When the boy brings the protagonist the mangled corpse of a cat and they bury it together, he finally understands that we can never fully let go of our past.

"I painstakingly explained why dead creatures must be buried. I spoke of how it would make it easier for us to forget them," the narrator says while he stands digging a tiny grave with the boy in their shared courtyard. "I told him that, sooner or later, they would melt into life’s intricate puzzle and return to us again in other ways. I said that the majesty of the puzzle is perhaps in it remaining a puzzle."

The stories have a gentle universality to them that lends them the quality of being set anywhere and everywhere: a quality born of the collection’s focus on the interior lives of its urban subjects.

It’s a stunning final passage, applicable to the entire spectrum of human experience, despite markers of geographical difference. It reminded me, inexplicably of the Turin I encountered in Elena Ferrante’s The Days of Abandonment. It was a story elastic in its relatability, piercing in its message. Perhaps this is how the stories of all cities should be told -- so intimately that there is no need to announce where you are. Location is irrelevant: getting over heartbreak, the surprise insights strangers can gift us, the never-ending shadow of our past -- these things happen constantly, in every corner of our expansive globe. By bringing truly local writers to international audiences, Comma Press is bringing forth voices that do not pander to western expectations. Publishing like this is crucial if we are to level our world and make its stories more democratic.

The short story is a better vehicle than the novel to accomplish this feat. Novels are surgeries that reveal the workings of entire organisms; short stories are injections, quick shots that tingle once they are over. In Goli Taraghi’s ‘The Other Side of the Wall’ (translated by Sholeh Wolpé), a teenage girl becomes a voyeur when she spends time in a distant relative’s apartment before her piano lessons. Like in Nasser’s story, neighbours dominate the story. A woman who is pursued by the authorities for being either a prostitute or an illegal tenant or both is the subject of the narrator’s and our attention. But, once again, as with Nasser’s story, this storyline progresses along with another: this time, the narrator’s anxieties are around her piano recital and how her poor performance will disappoint her family.

Whether you walk through them or cycle through them or drive through them, all cities are filled with windows. Frames lit from within, often interrupted by silhouettes either moving or still. This anthology is what it’s like to stand on a street corner in Tehran, in the rain perhaps, looking up at a story unfolding like a dream in the dark of the night.