When will we get there?

Eight months in, we still have not seen any vision for our education system, and no strategy to move us towards that vision 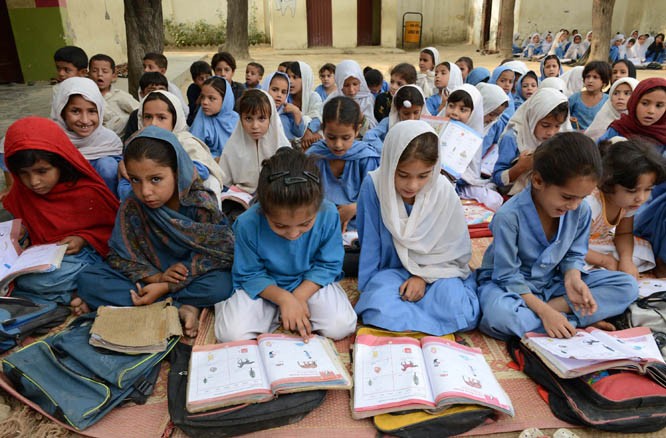 Everyone has heard about the great successes of school systems of countries like Finland, Sweden, Switzerland, South Korea, Singapore, Japan, etc. These and other countries score high in international rankings by the OECD and others. Switzerland and Japan have education systems with long histories going back centuries, while South Korea, Finland, Sweden and Singapore rose to prominence more recently. Even within these countries, a few countries like Switzerland and Singapore, after achieving universal basic literacy, have given so much autonomy to their schools they now feature an array of very different schools.

Singapore’s Minister of Education, Tharman Shanmugaratnam, proclaimed in a 2007 speech that schools and educational institutions were given greater autonomy in charting their own paths and developing niche areas of excellence, that ‘excellence’ will not be measured solely in terms of academics; ‘a mountain range of excellence -- with many peaks’ should be encouraged.

Maybe the starkest contrast exists between the South Korean and Finnish systems. The Finnish focus on development and require students to spend as few as 6 hours a week in class. Compare this to the South Korea, who have built their system on a culture of competition and puts its children in classes up to 13 hours a day!

With school systems performing at similar levels of excellence but with vastly differing cultures, do these systems have any underlying commonality? In 2012, the Times Higher Education reported on Learning Curve, an extensive study by the Economist Intelligence Unit (https://www.timeshighereducation.com/news/finland-and-south-korea-top-the-learning-curve/421944.article). One of the key conclusions of the report was that "[1] promoting a culture that is supportive of education is more important than the amount of money invested, while [2] high-quality teaching is seen as the most crucial factor in securing good educational outcomes."

On the first point, arguably, Pakistani society has a culture that sees education as a means of social mobility, something to be grateful for. The mushrooming private school sector would not have been possible if parents were not convinced that spending 10x more than a public school on a private school is worth its exorbitant price tag.

We need a national commitment to education at the top before we can hope for our public schools to become competitive. That commitment cannot be confined to good intentions and moving speeches, but backed by resources to match the magnitude of the challenge.

On the second point of high-quality teaching, things look less rosy. High-quality teaching happens when you have high-quality teachers. All the colour printed, glossy paper textbooks, AV systems, smart boards, laptops, tablet computers, digitized textbooks and interactive learning materials in the world amount to little more than flashy toys if the teacher in the classroom is unmotivated and/or unable to teach.

I have been working in Pakistan’s development sector on education for about a decade, and I would like to recount two incidents indicative of the level of motivation of many (not all) teachers I have worked with.

(1) "Why do you want to become a teacher?" I asked the young man, not more than 18 years old. He was in the first semester of a teacher education programme at the government teacher training college in Khairpur, Sindh. He smirked and said, "That is a ridiculous question to ask. I am a kid from Khairpur, and I have only been to public schools all my life. This is a question for a kid from Karachi. I cannot do any better than this."

(2) What happens when a cynical young man like that becomes a teacher is reflected in another conversation I had with a primary school teacher in Abbottabad. At the end of an English lesson, I asked the teacher about his goals for his fourth graders. He asked me to look around at the children sitting on ‘taat’. He said, "Most of these children will either collect garbage after school, or work as hawkers or labourers. What can I expect them to learn? I will consider it a great achievement if I am able to teach them a few words by the end of the school year."

Earlier this year when 34,000 applicants appeared in an aptitude test arranged by the NTS for 6,000 open teacher posts in Sindh, only 2,000, or 6 percent, passed. The test questions were roughly of middle school level. When we pay most of our teachers Rs20,000-40,000 a month, is it really any surprise when the people becoming teachers are ones unable to enter another profession? The teachers hired today will become the gunk of the education system for the next 30-35 years.

We need a national commitment to education at the top before we can hope for our public schools to become competitive. That commitment cannot be confined to good intentions and moving speeches, but backed by resources to match the magnitude of the challenge. For perspective, in 2018, of Singapore’s $80 billion annual budget a whopping $12.8 billion (or 16 percent!) was spent on education. None of the countries that succeeded in improving their education systems did so while leaving the teaching profession a career for leftovers. What have we done to change that?

On March 18-19, 2019 the World Bank, in collaboration with the British High Commission and the UKAid, launched its report ‘[email protected]: Shaping the Future’ at an event called the "Human Capital Summit." The report analyses how Pakistan can become an upper-middle income country by 2047, when it turns 100 years old. Federal Minister for Education Shafqat Mahmood spoke on this occasion. This was a significant event, yet, the manner in which he delivered his remarks suggested they were unprepared and off-the-cuff. He touched on a few things; getting out of school children into schools, improving teacher quality through more teacher training using technology, uniform curriculum standards across various systems of education in the country, and youth skills development. None of these are new, none of these haven’t been attempted before. But more importantly, nothing in this laundry list of stale ideas pertains to raising the quality of incoming teachers. The plan seems to be to ask teachers to do more, when they are unwilling to deliver on what little is demanded of them now.

Besides the fact that our federal education minister should be able to speak about what it is that we as a nation aspire our citizenry to be, what struck me was that eight months in we still have not seen any vision for our education system, and no strategy to move us towards that vision. What is it that we mean by building human capital? All we have been hearing on education are the same disconnected handful of ideas.

When will we get there?