At risk of flash floods

Parts of Khyber Pakhtunkhwa were hit by deadly flash floods earlier this month, causing 49 deaths. How can we prepare to withstand such devastation and extreme weather patterns in future? 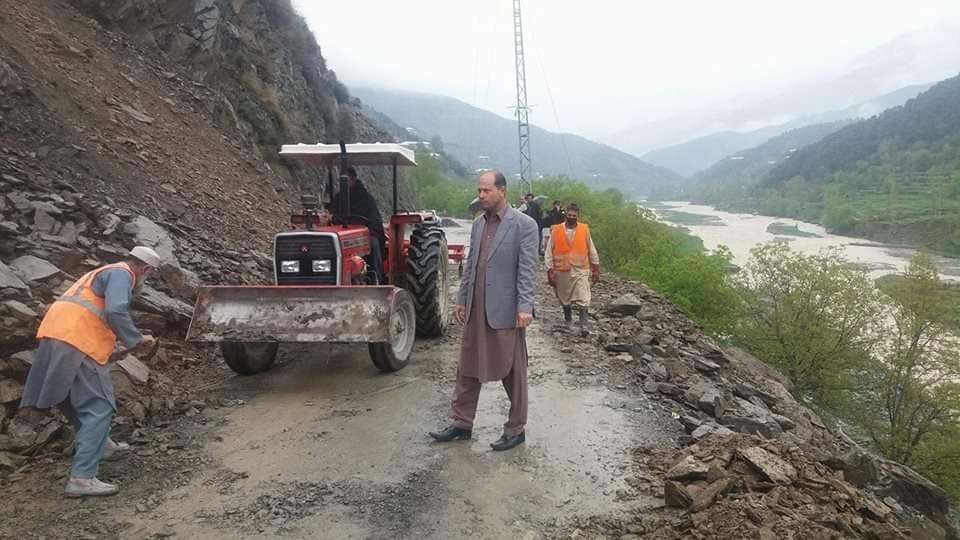 On April 12, Pakistan Meteorological Office issued a warning about flash floods. Within the next five days, 49 persons lost their lives and another 176 were injured across the country.

The National Disaster Management Authority (NDMA) put the figure of casualties as 18 deaths in Khyber Pakhtunkhwa (KP), 15 in Punjab, 11 in Balochistan and five in Sindh province. 117 homes were fully or partially damaged due to heavy downpour. In addition, thousands of acres of wheat crop, and seasonal fruits were destroyed by hailstorms and floods.

The first incident of casualties took place in South Waziristan tribal district of KP on April 13 when five nomad children were caught unaware by flash floods near Och Khwar area. Locals were able to rescue three kids while body of one of the two missing boys was found a couple of hours later. The other body was retrieved from the muddy water a day later.

On the same day, a pickup truck carrying women and children for a wedding ceremony near Wana was washed away when the over-excited driver risked the lives of his commuters by attempting to cross the gushing flash flood.

Assistant Commissioner South Waziristan Ameer Nawaz Marwat is also the District Disaster Management Officer (DDMO) for South Waziristan tribal district after the merger of the erstwhile Fata agencies into KP province. "The administration is well-prepared to carry out timely rescue operations and provide any assistance in such unforeseen situations," he tells TNS.

Marwat adds that weather alerts were issued in the area through mosques and local media while emergency was declared in the district headquarters hospital. "Levies personnel went to local mosques and issued flood warnings over the loudspeakers. People, especially those living near dry ravines were told to move to safer areas. Unfortunately for some, the water came too fast and gave them no time to move out of the harms’ way."

According to Alamzeb Khan, Deputy Director Meteorological Office in Peshawar, the recent system of rains and storms is over. However, there are occasional chances of more pre-monsoon rains in the following weeks. "Monsoon season, starting in the first week of July will bring more rains, increasing the risk of floods. We need proper telemetric systems installed at different places starting from initial points on all rivers. These systems can readily pass updates about water-levels to a central office, enabling low-lying areas to prepare for rising water in time," he says.

"Researchers believe the monsoon region has shifted 120km westwards, meaning that Peshawar and tribal districts of Pakistan, and parts of eastern Afghanistan are now also covered by the monsoon. The El Nino affects the summer monsoon regularly now.

During the week, Dir Upper received 130 millimetres of rain followed by Malam Jabba 123mm, Mirkhani 108mm and Kalam 106.4mm. "These are high values for rain during these pre-monsoon days," adds Khan.

I got a chance to meet Engineer Muhammad Naeem Khan, former Secretary Irrigation in Khyber Pakhtunkhwa at a water governance training for journalists by the Civil Society Coalition for Climate Change in Peshawar. He is of the view that a clash of two or more rain systems cause localised floods which are often restricted to a particular area but are more devastating. "Researchers believe the monsoon region has shifted 120km westwards, meaning that Peshawar and tribal districts of Pakistan, and parts of eastern Afghanistan are now also covered by the monsoon. The El Nino affects the summer monsoon regularly now. More frequent localised cloud bursts are bringing more localised floods," he explains.

The Indus Basin that covers most of the country, except eastern parts of Sindh and most of the west Balochistan, get water from major rivers flowing downstream from the elevated Gilgit-Baltistan and northern parts of KP. Any extraordinary amounts of rain result in the rise of the water-level in the rivers that may reach low-lying Charsadda, Peshawar and Nowshera within five hours.

"Getting weather updates only hours before floods isn’t enough to protect humans and their belongings. We need to be aware well in advance of the likely outcome of heavy downpour," Khan adds.

Pervaiz Sabat Khel, Director General Provincial Disaster Management Authority (PDMA) KP, argued that our systems can accurately forecast weather for three to four days. However, our region is exposed to sudden changes in the weather. "The system might give us a forecast that could change all of a sudden due to unexpected meteorological reasons and changes," he says.

The DG adds that except the Warsak Dam, all rivers and dams in the province were having normal inflow and outflow. "Warsak is currently flowing a little higher than the normal level due to heavy rains in upper parts of KP and in Afghanistan."

Dr Asif Khan, PhD in water and climate change from Cambridge University, UK, has been working on the effects of climate change on the region, particularly Pakistan for many years. He believes that one of the reasons for predictions of floods was the change in climatic patterns. "First more snowfall in the winter and now more snowmelt coupled with rainfall are resulting in heavy floods. Secondly, water reservoirs in Pakistan and India are already on 75 percent storage. For decades, this used to be around 25 per cent filled and 75 per cent empty during this time of the year. It’s the opposite now," he says.

Dr Khan adds that pre-monsoon and monsoon rains used to fill the empty storage capacity and only then the surplus water would be released causing floods. "The cushion has reduced, rainfalls have increased and more water than our storage capacity is going to result in more floods this year."

Another scary phenomenon shared by the climate change expert is the global warming and the glacial lake outburst floods (GLOF). "Between 35 and 50 lakes in Pakistan’s high-altitude areas have been identified as high-risk. More snowfall, more rainfall and sudden rise in the temperature increases the risks of outbursts of the glacial lakes due to quicker melting of snow," Dr Khan further explains.

He argues that more and modern climate and flow stations are the need of the hour as latest technology could help in better planning against floods. "We can’t get early warnings with our existing system. The disaster management authorities are doing well in their available resources but more resources should be dedicated for strengthening all concerned departments."

He opines that a pro-active approach is required to create awareness and preparation against floods. "Flood protection dams, more water reservoirs and dams should be built in accordance with the country’s adaptation and mitigation planning to control the flow of water."

Similarly, Engineer Muhammad Naeem Khan stresses on the need of early warning system (EWS) in the region that can forecast not only rains, but also their intensity and the estimated rises in water-level in the rivers. "The previous federal government realised the need for such system and in 2015 approved the establishment of the EWS at different places. The EWS radars take data from the weather satellites and can give accurate forecasts for a month and beyond. In KP, we have only had one such radar installed at Cherat but there is a need for more systems in Chitral, Dir and Northern Areas."

According to the two experts, coordination between different disaster management and rescue departments had considerably improved after the devastating floods in 2010. Still, there is room for more improvement and modern communication tools.

Naeem Khan believes that the construction of dams that are important for countering floods as well as saving precious freshwater needs to be fast-tracked. "Munda headworks project was approved about three decades ago but construction could not be started until the start of this year. If it was constructed in time, 80 percent of the 2010 floods damages would not have taken place."

At risk of flash floods