Protest that brought a city together

Despite some internal political divisions, the sit-in by the Hazara community after the recent attack in Quetta forced many political actors in the country to sit up and take notice, proving the community’s resolve 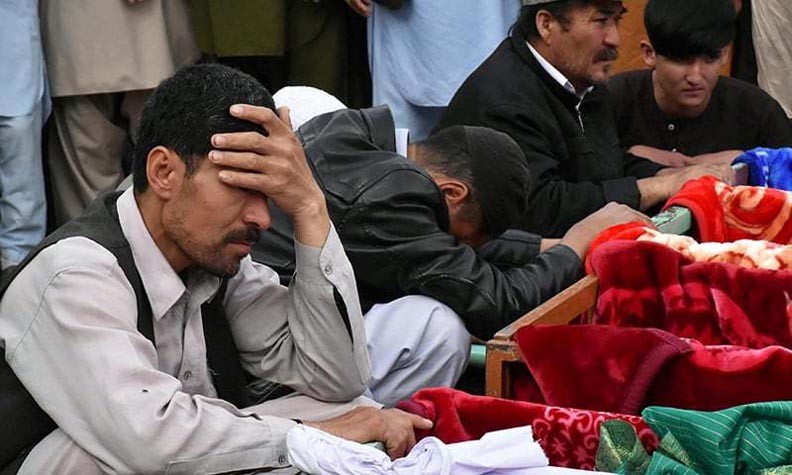 Moments after they reached the market, a loud bang was heard from a green grocer’s shop. Initially, the police claimed that it was an Improvised Explosive Device (IED) that was planted in a gunnysack filled with potatoes. Later on, however, Home Minister of Balochistan, Zia Langove, confirmed that it was a suicide attack.

This was yet another targeted attack on the Hazara community. The blast claimed the lives of 20 people and left at least 48 injured. Eight of the deceased belonged to the beleaguered Hazara community -- vegetable vendors who were there just to earn a livelihood for their families -- the remaining 12 were bystanders, shopkeepers and pedestrians. The responsibility of the attack was claimed by the Qari Husain faction of the Tehreek-e-Taliban Pakistan (TTP) as well as the militant Islamic State (IS) group.

According to a report released by the National Commission for Human Rights (NCHR), Understanding the Agonies of Ethnic Hazaraz, a total of 509 Hazara were killed in Quetta from January 2012 to December 2017. In April 2018 alone, Hazaras were targeted in four different attacks. On April 28, 2018, two Hazara shopkeepers were gunned down, after which the very first woman lawyer from the Hazara community, Advocate Jalila Haider, went on a hunger strike. Her protest gained considerable attention on social media, resulting in the then Army Chief travelling to Quetta to assure the Hazara community of an increase in security measures. Friday’s blast was the first attack since.

This attack was widely condemned by different sections of the society while exposing the environment of fear that still engulfs the daily lives of the Hazara community. Human Rights Commission of Pakistan (HRCP) stated in a press release that this attack reflects a deeper sectarian problem that will not be resolved until the state makes a concerted effort to eliminate militancy and religious extremism.

Hours after the latest attack and before bodies of the slain Hazara vegetable vendors were buried in the native Hazara town graveyard, the Hazara community began a sit-in on one end of the Western Bypass road of Quetta -- the road that connects Hazara Town with Hazar Gunji. Led by Tahir Khan Hazara, the leader of Hazara Siyasi Karkunan (HSK), the sit-in was joined by many members of the Hazara community, including Jalila Haider.

In the past Balochistan government has been in a state of denial about the existence of the IS in Balochistan even when this group claimed responsibility for the July 13, 2018 attack in Dreengarh, which killed over 200 people.

Leaders from many political parties of Balochistan visited the camp in a show of solidarity. At the same time, the speeches of Tahir Hazara and other activists were streamed live via social media. This resulted in putting immense pressure on the government. On April 15, Balochistan Chief Minister Jam Kamal and Interior Minister Shehryar Afridi visited the camp to assure Tahir Hazara of increased measures by the government to protect the Hazara community. The talks were successful and as a result, the sit-in was called off by the leader of HSK.

This protest was a significant one as it not only proved the resolve of the Hazara community but also highlighted the apparent internal divisions within the community. Led by Tahir Khan Hazara, the sit-in was disowned by two other major Hazara political parties: Hazara Democratic Party (HDP) and Majlis-e-Wahdat-e-Muslimeen (MWM). It was obvious why HDP distanced themselves from this protest as they are currently a part of CM Jam Kamal’s cabinet.

However, some people within the Hazara community questioned the protest and termed it a publicity stunt. Hassan Raza Changezai, an author and cultural critic, believes that it was "Tahir Khan’s right to stage a protest" but is critical of the way it was carried out. About the political ramifications of this protest, Changezai says, "HSK will not get any political mileage from this sit-in protest despite its success".

Shahzada Zulfiqar, a senior journalist based in Quetta, shares similar views. He believes that as a result of this protest, Tahir Khan Hazara will gain prominence as a leader of the Hazara community but it will not automatically translate into political support. However, he agrees with the assertion that despite the internal divisions within the Hazara community the sit-in protest was successful in giving a loud message: the community will protest if it’s attacked.

The Hazar Gunji attack is a grim reminder about the deterioration of the security situation in Balochistan. In recent months terror attacks have increased in the Pashtun belt of Balochistan; with the recent attack on Hazaras and a few days later the attack on select passengers in a bus going down the Karachi-Gawadar route, is a continuation of that trend. As per analysts, what is more worrying is the fact that the responsibility for this attack was claimed by IS. In past the Balochistan government has been in a state of denial about the existence of IS in Balochistan even when this group claimed responsibility for the July 13, 2018 attack in Dreengarh, which killed over 200 people including the Balochistan Awami Party (BAP) leader Siraj Raisani. CM Balochistan termed the recent attack on Hazaras as a reaction to the fencing of the Afghan border. He claimed that steps taken by the government to protect the Afghan border from infiltration would control terrorism in the province.

Syed Fakhar KaKaKhel, a senior journalist who covers the conflict in Pakistan, says that the entire Muslim world is facing the menace of sectarian conflict in one form or the other. "Ethnic and sectarian fault lines in Balochistan make it easy for hostile spying agencies to exploit the situation in Balochistan". He believes that attacks on the Hazara community are a continuation of regional hostilities. "In the Hazar Gunji attack people from all sects died but it was made a sectarian issue deliberately," he claims.

Changezai believes that attacks on Hazaras will not end until the government does not change its policies. "Pakistan has to review its policy in terms of dealing with certain foreign countries in order to put an end to attacks on Hazaras in Quetta," he claims. However, the Hazar Gunji attack and the subsequent protest proves that if violent attacks continue to be inflicted on Hazaras, they will be met with strong protests. Not only will the community protest but it will also get the support of all other communities dwelling in Quetta.

"This protest has put huge pressure on both federal and provincial governments to take action to protect Hazaras," says Zulfiqar. He adds, "Now the government will be compelled to prevent attacks on the Hazara community to avoid dealing with protests by them in the future."

The protest staged by Tahir Khan Hazara achieved a remarkable feat, among other things: it united the citizens of Quetta from all ethnic and sectarian denominations.

Protest that brought a city together 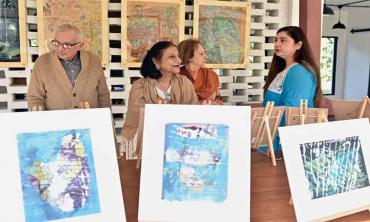 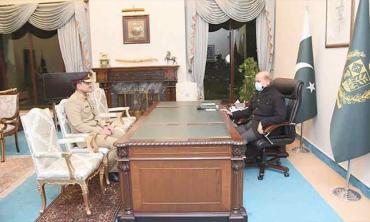