When silence becomes a political issue

What has subdued the politics of the PML-N? Is a deal in offing? 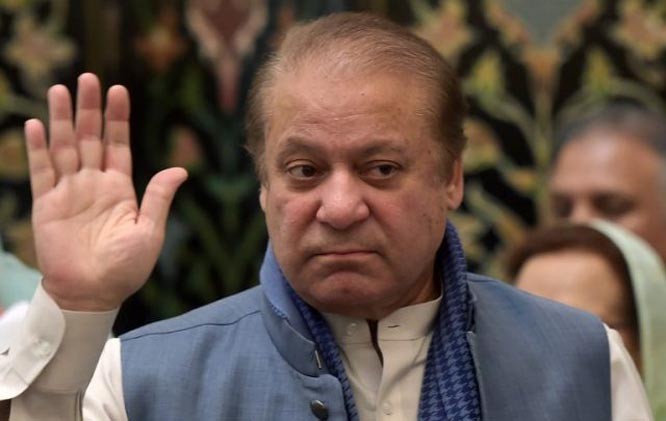 PPP Chairperson, Bilawal Bhutto Zardari, met Nawaz Sharif in jail last month to inquire about his health but political circles believe the visit was also about forming a joint strategy on how to counter the government’s onslaught against them. In yet another development, Jamiat Ulema-e-Islam-F (JUI-F) Chief, Maulana Fazlur Rehman, requested Mian Nawaz Sharif to join their Million March. Reportedly, Rehman has not succeeded in getting his consent.

These developments have created the impression that the PML-N government is getting favours from the ruling set-up and a deal is in the making. It is also believed that the PML-N leadership is avoiding agitation and confrontational politics as part of an unwritten agreement with the powers that matter. The question is: what will be the course of action of the PML-N? Will it cost it politically if it chooses to remain inactive and detached?

Talking to TNS, PML-N MNA Pervaiz Malik confirms the party is not launching any agitation independently or with the support of other political parties. He denies chances of any deal with anybody -- "The party is closely observing the anti-PTI government public sentiment building up by the day. There is no need to instigate people to action who are already charged up."

Malik believes that as people are fed up due to poor performance of the PTI government, a political uprising is about to take place due to huge unemployment, ever-increasing inflation and the economic crisis that is going to worsen in days to come. "Failing on every count, the PTI government is levelling baseless allegations against other parties. People want the government to deliver on the promises."

Malik strongly opposes perceptions about any ‘deal’, saying whatever relief they received was from the courts that are independent. "PML-N workers are charged and jubilant on seeing their leadership out of jail on court orders but they have not allowed them to come out and show aggression."

While Malik denies any deal has been struck or is in the making, Salman Abid, political analyst, believes ice is melting between the PML-N and other players who were calling the shots. To support his claim, he refers to the deal under which Sharif brothers left for Saudi Arabia soon after Musharraf had come into power. "If they agreed to a deal then, why would they not agree now?"

Abid believes expecting the PML-N to agitate at this time is unrealistic because "the party does not have the kind of political workers who can show street power and can challenge state power but mostly small to medium-scale businessmen who cannot afford to close their shops for even a day. If they have ever held protests successfully, these have been with the support of the establishment".

Abid says earlier there was a marked difference in the respective stance of both the Sharifs -- one was aggressive and the other reconciliatory, but now both are acting the same way. "Nawaz has finally realised that the party’s workers and even its leadership will not be able to offer resistance as it happened when he returned with his daughter from London after their conviction."

Interestingly, whenever there is a talk about a deal in the making, state authorities come down hard on the PML-N, perhaps to dispel this impression.

Majid Nizami, political analyst, says, "The very mention of deal-making brings hard luck to the party leadership." For example, he says, when the PML-N leader, Rana Mashhood, claimed in October last year that his party will be forming government in Punjab after toppling Usman Buzdar’s with the support of the establishment, Shahbaz Sharif was arrested. Similarly, when Shahbaz Sharif became chairman of the Public Accounts Committee (PAC) and there was mention of rapprochement, state authorities started chasing his son Hamza on various charges.

Lately, Nizami says, when Nawaz Sharif was released for six weeks on medical grounds, rumour mills got into action and a National Accountability Bureau (NAB) team conducted a raid to arrest Hamza from his house.

On the party’s future, he says, the PML N’s popularity seems intact because the PTI has not performed well. He believes any deal with the PML-N will be suicidal for the PTI which has come into power on the promise of doing ruthless accountability. "PML-N will remain relevant as it is the only party that has the required numbers to challenge the PTI and can replace it if certain quarters think it is not serving the purpose it’s meant to."

There was a rise in political temperature recently when news about a meeting between Hamza Shahbaz and PML-Q’s Moonis Elahi started making rounds. The message was that the parties were mulling possibilities of toppling the Buzdar government and bringing their own candidate into power. Though denied by Elahi, the news has a ready acceptance among people because the PML-Q leadership believes the PTI has not given Moonis Elahi a rightful slot in the federal cabinet despite the promises.

Suhail Warraich, senior political analyst, says "the PML-N will not become aggressive and remain defensive because this policy suits it at a time when odds are against it," continuing that there is no need for an immediate political activity because "the PML-N is sitting inside the parliament and there is no election round the corner".

Warraich adds that Sharif family is also facing a difficult time at the personal level which will keep them away from confrontation. For example, Begum Kulsoom Nawaz’s death last year, Nawaz Sharif’s serious ailments, Hamza Shahbbaz’s daughter is not well. "There may be some agitation if people respond negatively to the next budget, if more taxes are imposed under the International Monetary Fund (IMF) pressure."

On the reported PML-N-PML-Q overtures, Warraich says "they have at least agreed on a ceasefire and are refraining from levelling allegations against each other, which is generally the first indication of conciliation. No doubt they have the numbers to bring a change in Punjab government but they can do it only when they get a ‘signal’ from the concerned quarters to do so."

PTI’s Additional Secretary General Central, Ejaz Chaudhry, rubbishes allegations that the government is influencing institutions like NAB to pressurise PML-N and asks whether these institutions were not active against PML-N before the PTI government took over. "How the PTI can be blamed for targeting opponents when several of its leaders are in troubled waters and a senior minister in NAB custody."

He says the problem with PML-N is that it endorses only those decisions and policies that go in its favour. "The news about the deal has no basis. In fact, our system is not able to punish those involved in white-collar crime. This gives an impression that the accused are getting favours from the government."

When silence becomes a political issue