Of sorrows and hopes

Harris Khalique’s new book is more than just a milestone in Pakistani poetry; it is a psychologically devastating social indictment and political document 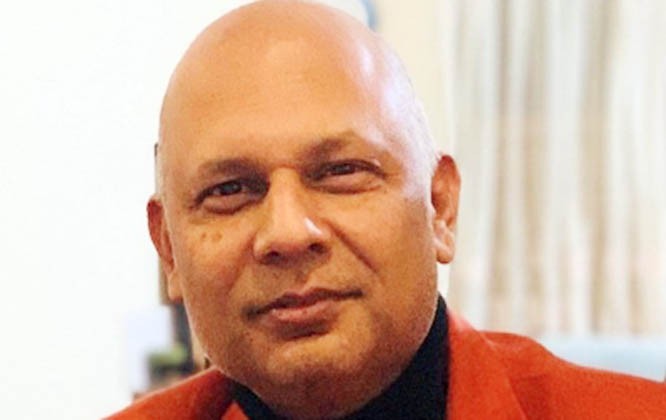 One of the leading intellectuals of Pakistan, Harris Khalique has written daring and candid essays on social and political themes and is often the sole voice of sanity, tolerance and peace on TV talk shows. His first introduction to me, however, was as a poet of English. My book History of Pakistani Literature in English (1991) had been published and my interest in this kind of poetry was still strong so, while he imagined that he found me, the fact was that I was the one who found him. And I was richly rewarded since his poetry had that power of conveying reality and emotion through images and words which one associates with mature poets. But Khalique had many surprises in store for me. It turned out, much to my incredulous surprise, that he was also a poet in Urdu. And his Urdu poems were not doggerel either, they too were refreshingly powerful and evocative.

So when Khalique’s new poetic work in English entitled No Fortunes to Tell came to hand, I was prepared for something like a milestone in Pakistani poetry in English. But I was wrong. This is more than that; it is a political document; it is a social indictment and it is psychologically devastating. The main theme of the book is the violence which tearing at the fabric of Pakistani society.

To begin with, the title itself, ‘The palm reader survives when they came and opened fire’ (p. 17). And such was the enormity of the trauma of being ‘alone among fresh corpses’ that he walks back home calmly, his emotions frozen, and eats some boiled potatoes. He is like a zombie and he has to do something to maintain his sanity so the poem ends:

He would read the palms of dead

That would take him through

Many palms to read

Another harrowing poem is about a boy in Waziristan who has watched a magician cut a woman in half and put her back again. The boy tells him that there was a bomb explosion in which everybody was burnt to death. And then he produces his mother’s dead body and says:

"Only my mother’s body

I bring her to you

She is only cut in half"

Can one find words to explain the impact of a work of this kind? Indeed, it is in the simplicity of the words themselves that one understands what Hannah Arendt called the ‘banality of evil’.

Another poem on the same theme is called ‘Sehwan Sharif’. On February 16, 2017 the shrine of the saint Shahbaz Qalandar was targeted by a suicide bomber (ISIS claimed responsibility). However, despite this the dancing was restored defying those who would stop it. The poem has miniature sketches of people visiting the saint’s shrine, which give it a life of its own. It is as if one is watching a procession like that of the pilgrimage to Canterbury which Chaucer immortalised in his Canterbury Tales.

This variety of human life is necessary to show just how indiscriminately senseless violence takes life and gives pain to those who survive. The poet is cognisant of the pain of the world so he does not confine himself to Pakistan. There is a poem of a successful sortie in Yemen in which the father dies and his son ‘keeps tugging/the blood-soaked vest’ and, like human beings, ‘tomatoes/ are squished/ in mud, mire’. Human life is worth no more than vegetable life in a state of war.

Nor is war, bombing and firing upon people the only crimes Khalique writes about. Human unhappiness is the general theme and violence leading to sudden death is only a subset of it. There are also social and psychological states which are more painful than death because they last forever. Rape is one of them. Khalique chooses an extremely subtle and evocative style to convey the inversion of moral values in the powerful landowning class. The theme is simple: a youth belonging to such a class rapes a peasant’s wife. But the poem is not about this everyday occurrence. It is about the raillery the youth is subjected to for even feeling embarrassed at this incident. The idea is that this is such a trivial matter that in time the youth will no longer be embarrassed -- all he has to do is to keep raping girls in the fields! Says the poet:

The rich man and his friends

While most of these poems are about the politics and society of modern Pakistan and the world, there is a long poem in several parts about Pakistan’s history. It starts off with the Quaid (founder) and goes on to encapsulate the ‘emir’ who is a ‘lecher’, a ‘bigot’ and so on. It is easy to guess who is who and the character of the court tells us the essential worldview of the era.

Although this is a document of contemporary history -- the history of pain as it were -- there are some poems which hark back to Harris of the wistful word.

When she left I said

In this universe of the cheapness of death and the ubiquitous salience of pain, there are silver linings as hope never dies. In ‘The view from my window’, the image of a little girl making boats of paper makes the poet say: ‘An odd mix of intense sorrow and/great hope enveloped my heart’ (p. 44). This is the hope --hope against hope -- one would like to carry away from this poetic collection.

To conclude, Harris Khalique is a major Pakistani poet in English. He uses condensed imagery and laconic, simple and highly evocative words to convey his meaning. His poems have the power to move us and to make us reflect upon the reality of the world which we have created for ourselves. Unlike the poetry of despair and fatalism, Khalique’s poetry is an invitation to make us feel responsible because it is by having acquiesced to evil that we now inhabit a world which is abnormal and far more violent than life naturally is. I recommend this work to all readers and I hope educational institutions start teaching the works of Pakistani English-language poets to students who might know what the notes say about the poets of World War 1 such as Siegfried Sassoon but nothing about the Sasoons of their own land.

Of sorrows and hopes