Though implementation of labour laws is still a challenge, GSP+ has played a crucial role in sustaining stable export earnings 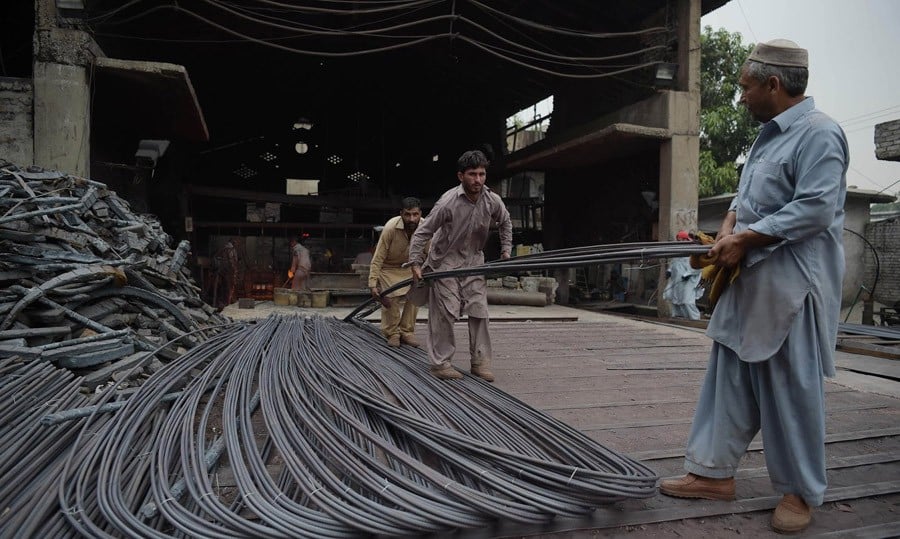 "While no proof exists, anecdotal evidence suggests that GSP+ has been an important incentive for all actors to further promote compliance with ILO standards." This was a key sentence in EU’s 2016 assessment of implementation of core labour standards in Pakistan after grant of GSP+ status.

Pakistan was granted GSP+ status by the European Union in December 2013, thus applicable from January 2014 onward. It has been five years, nearly half a decade, and it is reasonable to assess the implementation of core labour standards in the country through empirical evidence instead of merely using qualitative opinions and anecdotal evidence. This empirical evidence comes from Labour Force Surveys. The comparison is done with the results of LFS 2013-14 and LFS 2017-18, launched in January 2019.

So, what is GSP+? It is a unilateral trade preference scheme by the EU which allows Pakistan to export more than 6,000 tariff lines, including textiles and clothing without paying any duty to the European Union. Other than Pakistan, there are 7 beneficiaries of GSP+ scheme which include Sri Lanka and Philippines, other than Pakistan. The duty free access helped Pakistani products compete with the products originating from competitor countries like Bangladesh, Cambodia, Myanmar and Vietnam.

The fundamental labour rights or core labour standards, which must be protected to retain GSP+ status, include the right to freedom of association and collective bargaining; elimination of all forms of forced or compulsory labour; effective abolition of child labour; and the elimination of discrimination in respect of employment and occupation. Monitoring compliance with these conventions is not easier. Labour Force Survey, the major document in the country on assessment of labour market, does not provide data on forced labour and freedom of association.

There is no direct collection of data on instances of forced and compulsory labour in the country. Some studies indicate that forced labour exists mainly in brick kilns, agriculture and to a certain extent in domestic work.

Labour Force Survey, however, helps in estimating instances of child labour as well as gender pay gap. Child labour, estimated using ILO global methodology, has decreased from 4.02 million in 2014 to 3.73 million in 2018. The gender wage gap, an indicator of how less women earn compared to men, has reduced from 42 percent in 2014 to 40 percent in 2018. Both the statistics show improvement.

Incidence of occupational accidents has decreased from 4.3 percent to 3.7 percent. Still, on average, every 25th worker faces occupational accident or injury in the country. Share of agriculture in total employment has reduced from 43.5 percent to 38.5 percent. Formal sector now employs 28 percent of the non-agricultural labour force; earlier it was 26.4 percent. In terms of absolute figures, instead of 8.4 million workers in 2014, now 10.6 million workers enjoy the protections afforded by the labour legislation. The actual labour force is 65 million workers.

The percentage of workers without formal contract has worsened from 72 percent to 74 percent. Similarly, female labour force participation has rather decreased from already low 22.2 percent to 20 percent. Those trapped in the modern forms of slavery have increased from 2.12 million to 3.19 million.

While there is a lot of improvement in terms of legislation, the same is not seen in actual changes in working conditions. There are a couple of reasons for that. First, there is always a lag between enactment of a legislation and actual change in the situation on the ground. The lag period is protracted due to a lack of implementation rules for the newly enacted legislation. For legislation enacted in 2013 onward, rules are still under preparation in Khyber Pakhtunkhwa and Sindh.

As identified in the first EU report on GSP+, the arrangement has acted as "useful instrument" to improve labour rights in the country. While the first five years focused more on the legislative side, the next 5 years, considering that the current GSP regulation is applicable till 2023, should focus on implementation.

Labour inspection system needs an overhaul while encouraging citizen and worker generated data on workplace compliance with the labour legislation. Instead of hiring more inspectors, the local government system as well trade unions at workplaces need to be used effectively to ensure compliance. To analyse progress, more robust data is needed. For that purpose, Pakistan Bureau of Statistics must be engaged as a key partner and data on core labour standards and other working conditions must be collected through LFS on annual basis.