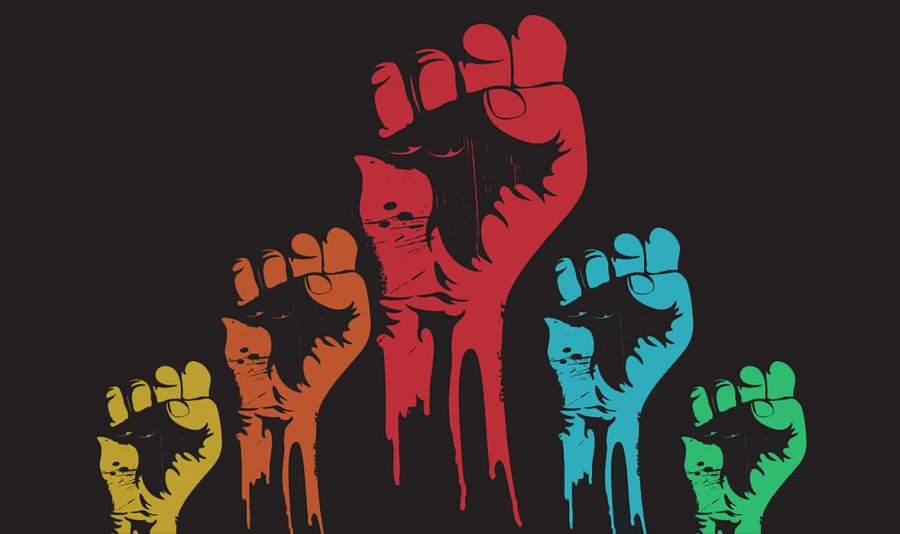 With Harris Khalique becoming the new secretary-general of the Human Rights Commission of Pakistan (HRCP) it was expected that some new vitality and vigour would be injected into this pre-eminent human rights organisation in Pakistan. The HRCP has benefitted a lot from the old guards such as Afrasiab Khattak, Anis Haroon, Asad Iqbal Butt, Asma Jahangir, Dr Mehdi Hasan, Ghazi Salahuddin, Hina Jilani, I. A. Rehman, Uzma Noorani, Zaman Khan, and many others; but it was time to get some new blood flowing in the veins of the HRCP. And with impeccable credentials, Harris Khalique was the best choice.

This new energy was witnessed aplenty during the 33rd annual meeting in Lahore on April 7, and then at the National Conference on Human Rights and Democratic Participation, held in Islamabad on April 10, 2019. The Lahore event gave an opportunity to the HRCP delegates from all over Pakistan to present their reports about the condition of human rights in their respective provinces and areas. The annual meeting particularly noted ‘with concern the state’s amendment of the prerequisites of participatory democracy and reversal to the concept of a majoritarian state’.

The HRCP suggested that ‘this trend must be arrested as it runs counter to the dictates of pluralism’. This suggestion becomes even more important when there are talks about making changes to the 18th Constitutional Amendment. Though an improvement is always welcome, ‘any attempt to curtail the rights and interests of the federating units will undermine the integrity of the state’. While the statement issued in Lahore covered the salient features of human rights in the county, it was the National Conference in Islamabad that gathered representatives from the MQM, PML-N, PPP, PTI, and many other activists, journalists, lawyers and media persons.

The keynote address was delivered by one of the most respected activists and intellectuals of Pakistan, I. A. Rehman. Upholding human rights and ensuring democratic participation: The role of civil society was the title of the address. The keynote address touched upon the main features of a healthy political system: right to democracy, elections, active participation of people, and human-rights guarantees. It is a sad fact that for the first 23 years of Pakistan, there were no general elections at the national level in the country. In the 1970s, two elections were held, and then from 1985 to 1997 there were five general elections within 12 years.

By highlighting this, I. A. Rehman lamented that no elections in the history of Pakistan have been free and fair, and under present conditions no elections can be free and fair. He clarified that some people complain about democracy being a political matter and not on a human rights agenda, but in modern parlance democracy is a fundamental human right. That means any violation of people’s democratic rights becomes a violation of their fundamental human rights. Free and fair elections are one of the basic prerequisites for a democratic dispensation, but they are not all.

Active participation of people in the political process, including the right to assemble and freedom of expression, is almost as fundamental as free and fair elections are for democracy to survive. The keynote address gave some recent attempts of ‘management of information’ by state institutions.

Active participation of people in the political process, including the right to assemble and freedom of expression, is almost as fundamental as free and fair elections are for democracy to survive. The keynote address gave some recent attempts of ‘management of information’ by state institutions. These attempts seriously go against the democratic aspirations of people. New rules being imposed on media are draconian; for example an attempt is being made to abolish the Press Council. With the disappearance of Press Council, newspaper declarations are also likely to disappear, and a new license system is being proposed.

That means newspapers will have to get their licenses renewed every year. This will adversely affect the newspaper industry, the freedom of the press will be highly compromised; and this process has already started. The same is happening with trade unions. In 1947, any seven persons could form a trade union; but now trade unions have almost disappeared from the scene. The right to strike was an essential element of trade union activities, and collective bargaining was done to prevent or end strikes. This right of collective bargaining has also been drastically curtailed, if not removed altogether.

With collective bargaining, employees could negotiate better benefits, pay, and improved working conditions. But now, this right to bargain collectively is also becoming a relic of the past. I. A. Rehman connected this with the right to assemble and gather by activists, intellectuals, and workers. This fundamental human right is under direct threat, as he gave many examples where assembled people were dispersed and peaceful gatherings were thrashed or even shot at.

Whereas the sectarian outfits are free to assemble at their will. In this situation, the space is shrinking for civil society. Even those civil society organisations that work to promote right to education, women’s rights, right to receive minimum wages, are also threatened. The minimum monthly wage is Rs15, 000/- but there are many who work for as little as five or eight thousand rupees a month. Children’s right to education is not only denied but many of them are becoming victims of violence, and the state is either unable or unwilling to do much. From here, the discussion moved on to legal matters.

The issues of bail and handcuffs were highlighted as they are already clarified in law books but are violated at whim. For example, I. A. Rehman informed the audience that unless the accused have been convicted, they should not be handcuffed, but this is happening all over Pakistan. Similarly, bail is a right that is denied on flimsy grounds. Sometimes the amount of bail is so high that the accused cannot pay, making the grant of bail itself useless. The address also delved into the rights to life and security. In this regard the issue of forced disappearances was also discussed.

I. A. Rehman concluded by saying that the right to democratic governance must be protected, and all attempts to impose a one-party rule must be thwarted. ‘A tyranny is in the offing’, he warned the audience, and asked the civil society in the country to persuade political parties to develop another charter of democracy in which political leaders and parties do not consider each other enemies, and never call for any intervention from non-political and undemocratic forces. The next session was titled Stifling crucial voices of dissent: The constraints of freedom of expression in the print, broadcast, and digital media.

Ghazi Salahuddin started by quoting Milan Kundera: "The struggle of man against power is the struggle of memory against forgetting." Ghazi Salahuddin was concerned about how our new generation is being led into the realm of oblivion. They are not taught what they should be taught; and our history books distort real events, ideas, and people. In one example, he cited a teacher who was teaching about the Renaissance period in European history; the teacher discussed how the church had to recede against the emerging forces of enlightenment and scientific thinking.

One of the students objected by saying that it was against religion. When the teacher shared this incident with the head of the department, the advice was to be more careful in teaching. That’s how voices are stifled in our society, and the state is least concerned, whereas hate speech is still being tolerated. It is always a pleasure to listen to Ghazi Salahuddin.

The next speaker was Zahid Hussain who warned against a creeping militarisation of society. He gave examples of how his articles for a leading newspaper were not published and he had to post them on the web.

Zahid Hussain called it ‘domination of narrative’ in which the PID is being replaced by the ISPR. Previously, the advice used to come from the PID, but now it is not the case. At the same time, he was convinced that resistance will carry on, and in this 21st century no narrative can be imposed on the people.

Asma Shirazi shared with the audience the abuses that were hurled at her. She did not fear the bullets, but hated abuses and mud-slinging. Asma Shirazi was proud that there were still journalists were not afraid of being killed.

Shahzada Zulfiqar narrated his experiences of working as a journalist in Balochistan where dozens of journalists have been killed and many more injured in attacks.

Munizae Jahangir informed the audience that even after the merger of Fata into KP, still it is well-nigh impossible for journalists to go into those areas independently, as there are check posts almost everywhere. Farieha Aziz said that an artificial noise was being created in the name of the fifth-generation or hybrid warfare so that liberal and progressive voices can be crushed. Even a photo of the slain Saudi journalist, Jamal Khashoggi, can invite the ire of the authorities. Naseer Shahwani from the BNP (Mengal) stressed the need to uphold the constitution at all costs.

Maryam Bibi, a social activist from KP, suggested that Bacha-Khan Model of non-violence was the best to eradicate violence in society. Alia Amirali explained that intolerance in colleges, communities, homes, and streets, are all interconnected. When students unions were allowed to function, our youths were not as violent as they are now; therefore student unions must be allowed in educational institutions. "The present government is not only anti-democracy, it is also anti-politics", Alia Amirali thundered. Most of the audience agreed with her, when she exhorted them to defend politics, which is in ‘grave danger’.

Jibran Nasir also agreed that the freedom of assembly was one of the keys to democracy. But perhaps the best discourses of the conference came from Ahmed Rashid, Afrasiab Khattak, Bushra Gohar and Farhatullah Babar. All of them considered provincial autonomy as a primary condition for effective federation. Afrasiab Khattak said that from 1977 onwards in Pakistan "we have two parallel systems: de facto and de jure. The system on paper and the system in practice are different; and only the 18th Amendment and the Charter of Democracy, signed in 2006, can save democracy."

From the ruling party, Shireen Mazari, Federal Minister for Human Rights was supposed to come, but didn’t turn up. Shafqat Mahmood, Federal Minister for Education, did come to claim there was full freedom of expression. When the audience murmured in disagreement, he got agitated and threatened to leave.