Human activity has crowded out fully functioning ecosystems that used to support wildlife; and the few green spaces that are designed into them are full of stuff that simply doesn’t belong in a green place -- resulting in a loss of habitat for many bird species in Lahore 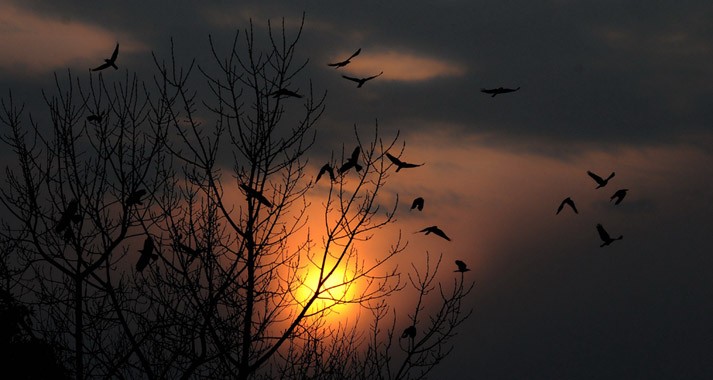 I dreaded the day when spring will make its presence felt through Instagram posts of flowers sprouting in gardens and many trees getting new shades of green. What I did not think of was that all these posts would miss the true harbingers of spring season, until last week when a friend posted a photograph of a vibrant bird and asked for help to identify the colourful visitor in her yard.

Not long ago, there was a time when no one needed a calendar or a social media post to tell them what time of the year it was. The natural rhythms and cycles were enough for them to sense the time and what to expect next. The comings and goings of native birds were synchronised with the natural markers of daily and seasonal changes. Not anymore.

The city has gone through a drastic makeover over the past three decades, transforming it from the city of gardens to a concrete jungle. Until recently, urbanisation has meant turning green areas grey with the concrete, asphalt and glass of traditional buildings and infrastructure. This human activity has crowded out fully functioning ecosystems that used to support wildlife, and the few green spaces that are designed into them are full of stuff that simply doesn’t belong in a green place.

Invasive plants which originally came from a different part of the world than those currently growing in the already depleted green spaces of the city were introduced usually through human actions, either on purpose through plantings or accidentally when seeds or other plant parts were moved between locations. This has resulted in a loss of habitat for the 240 bird species that lived in Lahore, according to a survey done in 1965. The city’s unplanned urbanisation had resulted in a drastic decline of species when a similar survey was conducted in 1992, which revealed that native bird species has fallen to 101. In the absence of a new survey, ornithologists fear the species count may have fallen down to 50 or even 30 in recent times.

Like any ecosystem, the city gardens involved an intricate web of life, from the soil microbes underground to the birds in the trees. It was easy to grab the spray bottle to kill off the dandelions and blow down the flies, but what are the knock-on effects? Many of the animals and plants we thought of as a backyard nuisance often provided services we didn’t see. Native grasses and wildflowers which once provided essential shelter and food for a wide variety of wildlife, especially insects, have long been replaced by fancy species. Our local nurseries are packed with alien species from other countries, and the city has been planting them willy-nilly for years.

Many of the animals and plants we thought of as a backyard nuisance often provided services we didn’t see. Native grasses and wildflowers which once provided essential shelter and food for a wide variety of wildlife, especially insects, have long been replaced by fancy species.

But everything is not lost yet. By introducing our native trees like the Pipal, Banyan, Mulberry, Jaman, Mango, and Shisham again into our ecosystem will help the long-gone birds’ species to return. These trees not only provided food but also hosted nesting holes of many species. For example, a single banyan tree can provide food all year round for native species like Myna, Bulbul, Pigeons, Parakeets, Grey Hornbill, and Koel etc.

Information about the widespread decline of insects has been well known for some time. Remember the fireflies that once lit up Lahore’s spring nights with their glow or the dragonflies that kept the mosquito population in check during the raining season? It is said that the insect population is the barometer of pollution in the city, and we have wiped out a complete ecosystem in the past two decades.

However, recent studies documenting steep reductions in insect populations worldwide are new, and of great concern. One study, published in late 2017, in the journal ‘Biological Conservation,’ cited a 40 percent decline in insects worldwide. Insects are the base of the food chain, providing food to many of our favourite bird species.

Unfortunately, the city has embarked on a path of becoming a bustling metropolis but at the expense of its native species of plants and animals. Once the city overcomes these obstacles which came with rapid urbanisation, and embark again on the path of regeneration, the birds too shall return, and the fireflies will again light up the evening skies.

They named it Tiger