An academic (March 13, 1952-April 5, 2019) remembered for his wit and genuine respect for his counterparts -- whether or not he agreed with them 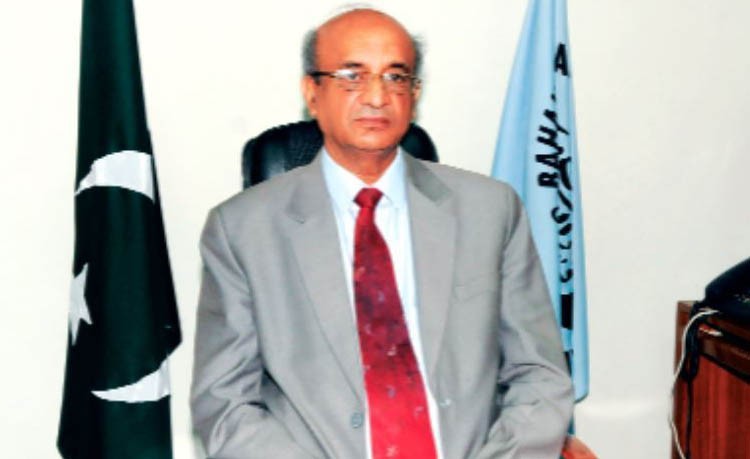 I first met Tahir Amin in my friend Tariq Ahsan’s house. Both were students in Quaid-i-Azam University and I was neither a student nor an academic. The conversation which stays in my mind was about student unions. I was apprehensive of violence perpetrated by the unions while Tahir Amin and Tariq Ahsan were not. Ironically, Tariq was on the left of the political spectrum while Tahir Amin was on the right. Both should have been apprehensive of the violence of the other side but such was their commitment to the right of students to form unions that they joined hands in arguing against me.

For a number of years I did not see Tahir Amin again. Then, as it happened, I myself became an academic and by sheer coincidence landed in QAU. Here Tahir Amin was a member of the faculty in the department of International Relations. Now he was Dr. Tahir Amin having got his Ph.D from the famed MIT in the United States. Again, by coincidence, I happened to be working on language politics in Pakistan and his book, originally his doctoral thesis, on the ethno-national movements of Pakistan was highly relevant for me. We also became friends and I often went to the department of International Relations to share a cup of tea and hot samosas with Drs Tahir Amin and Waseem. Sometimes we were also joined by Dr Ijaz Hussain but then he became the dean of the faculty of social sciences and sat in splendid isolation in another building. Tahir Amin had a great sense of humour and his laughter rang out again and again during these tea-and-joke sessions. I remember how on one occasion when he was the Head of the Department of IR the Dean (Dr Ijaz) happened to be teaching a course in the same department. Everyone had submitted marks but the clerk told the HOD, tongue in cheek, that the ‘Dean Sahib’ had not submitted any marks.

‘Dean nun hazir kita jawe’ (let the Dean be produced), shouted Dr Tahir Amin in jest with his customary laughter. He rarely spoke in Punjabi but, he added with a wink, it was the only language which the dean responded to. The order was to make us laugh and was not addressed to anybody as the clerk had gone before it was ever given. But guess what happened? The door opened suddenly and Dr Ijaz Hussain entered in person with his mark sheet in hand and a frown on his face. Nobody knows whether he actually heard the order but soon the frown was replaced with raucous laughter. Tahir Amin had put him at ease with a samosa and tea and with some inimitable poetry in Urdu.

Tahir Amin was selected as the Iqbal Fellow in the Centre of South Asian Studies at the University of Cambridge. He complained that the process of selection itself degraded an academic since it was in the hands of bureaucrats. However, Cambridge itself was very rewarding indeed. When he returned from there he was very happy. But even otherwise he was very good humoured.

We do not have a tradition of honouring academics. We never even write their biographies. Retired military officers and civil servants and some intellectuals (especially poets) do write their own autobiographies but it is rare to find a biography of any of our eminent people in any walk of life written by a Pakistani.

He was a very mild man who seldom got angry though I must add that on the rare occasions he did, he was so angry that I thought he would harm himself. He had the rare gift of not subjecting his friends to an ideological inquisition if they held opinions different from him--which I, for one, did! Moreover, he was truthful and just in his evaluation of friends irrespective of his own ideological orientation. For instance, he had the highest regard and affection for Tariq Ahsan throughout his life. Only a few months before his sad passing away he held a long telephone conversation about Tariq Ahsan. His affection and high regard for Tariq’s intellect, integrity and humane nature was evident in everything he said. Not for a moment did it appear that Tariq was his ideological rival. Such genuine respect and affection for the ‘Other’ is far from common in any society and in Pakistan where intolerance is the norm, it is almost impossible to find.

He became the director of the National Institute of Pakistan Studies after my tenure on that post was over. I think the year was 2012 and I was glad that the Institute was in good hands. Here too he was praised by everybody and nobody ever accused him of favouring his own ideological or personal friends. He was reputed to be honest and compassionate and fair to everybody as I expected. Then, probably in 2014, he became the vice chancellor of Bahauddin Zakariya University in Multan. I was happy for him but I was also a bit apprehensive since a former vice chancellor of BZU, Dr Khwaja Alqama, had been handcuffed from its campus. I did not know the charges but I was mildly apprehensive. I met him in person only once after he became the VC when I hosted him as my private guest in Lahore for a meal, but otherwise he became a disembodied voice on the phone. Initially this voice was normal, reminiscing about our QAU days and talking affectionately about friends. Tariq Ahsan, of course, topped the list of Tahir Amin’s pantheon of saints.

Then in 2018 the voice became depressed, anxious and joyless. He never laughed now. He asked me about cures for insomnia. I told him that self-medication was not the answer and that he should consult a physician because his problem seemed to be anxiety to me. He must have done that because he told me that he was getting medication for anxiety and insomnia. I remained worried about him as he hinted that he was in some danger because some people were plotting against him. He gave no name or any other detail but I advised him to resign from his post immediately and go home. He thought it would be considered cowardly and he did not want to run away from the responsibility. Moreover, he added, it would actually strengthen his enemies and weaken him. I tried to convince him but in the absence of any specific details I did not know what the danger was which had made him so anxious.

In July 2018 I was in England when I read in a newspaper that Dr Tahir Amin had tried to commit suicide. I tried to reach him but failed. Back in Lahore I did talk to him on the phone and he explained that it was just an overdose not an attempt at suicide. Then, several months later in 2019, he did resign just as I had suggested much earlier. Why did he, already a cardiac patient, subject himself to a year of agony and tension in BZU I could not understand. He told me that he was fine and that this was the best way out. Then out of the blue, last Friday (5 April), I received Dr Waseem’s phone that Tahir Amin was no more. He had a cardiac arrest and died. I was stunned. Then messages started pouring in from old QAU friends: Dr Rasul Bakhsh Rais and so many others. People in the Institute of Pakistan Studies rang to express their grief. We do such things after one is no more but are stingy about praising people when they are still alive.

What a wonderful human being and a scholar our academic community has lost! We do not have a tradition of honouring academics or caring for them in Pakistan. We never even write their biographies. Indeed, we do not write biographies of anyone for that matter. Retired military officers and civil servants and some intellectuals (especially poets) do write their own autobiographies but it is rare to find a biography of any of our eminent people in any walk of life written by a Pakistani. Tahir Amin (March 13, 1952-April 5, 2019) will also remain unsung and uncelebrated like the rest of us. But let us, who were his colleagues and friends, remember him through memories like the ones I have presented above. Au revoir Tahir Amin. 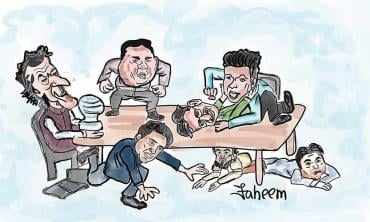 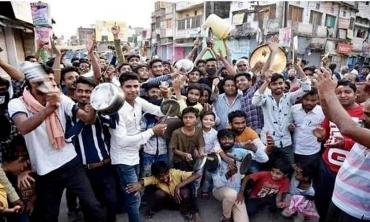 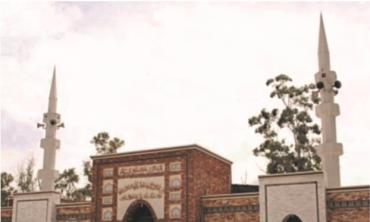