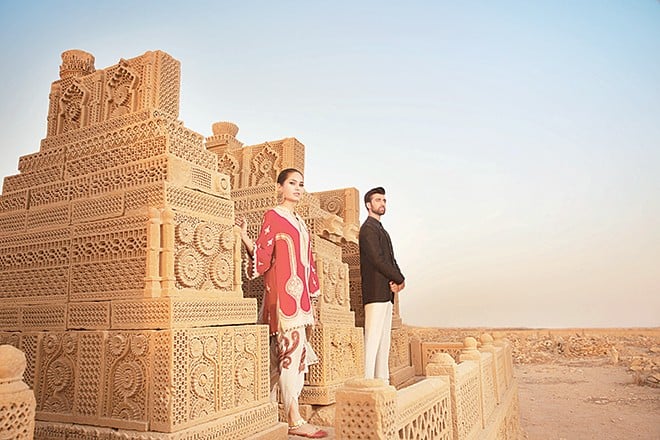 Each year the Lux Style Awards bring together the biggest names in the industry on one platform as the dais celebrates the best in media that Pakistan has to offer. However, before the celebrations begin and the mega event gets underway, there’s always the rising and uprising of controversy, conspiracy theories, alleged biases, snubs and favouritism and the subsequent clap backs.

Now, while the Lux Style Awards 2019 are all set to take place in July, the upsets and controversies have already started filtering in, ruffling feathers as the official nominations on film, TV, fashion, and music are out. We obviously have an opinion on all four categories but we’ll follow Instep tradition and begin with fashion.

Model of the Year (Female)

All five names in this category are strong, prolific and each one of these girls is already a winner for making such an impact on the fashion industry. Sadaf Kanwal and Zara Abid have been fan favourites for long. Anam Malik really has created a name for herself and relative new names - Fahmeen Ansari and Rubab Ali - are simply outstanding on the runway and in print.

Who should win: Fahmeen Ansari, who made it big with the quality and quantity of her work in 2019; she is a strong contender to lift the title of Model of the Year (female) trophy. That said Anam Malik also has a high chance winning this year.

Model of the year (Male)

Male models are unfortunately the most underrated members of the fashion industry, primarily because men’s fashion isn’t as big as women’s fashion and male models, unlike their female counterparts, do not get the same visibility or professional status. So it’s welcome that they get similar recognition at least at the Lux Style Awards. We’ve seen the same names - more or less - resurface when it comes to male models, which is why the very prolific Hasnain Lehri and Shahzad Noor (both previous winners) keep making it back. But this year also has the tall and stately Aimal Khan (who has been previously nominated but has never won) and the new Champ Imi.

Who should win: Aimal Khan, because he really has risen as a prominent face in the fashion industry. He looks good and speaks equally well and has presence that leaves an impact on the runway and in print.

Best Bridal Couture is a category that has come and gone over the years but now, with the PFDC L’Oreal Bridal Week being a strong point on the fashion calendar, it seems to have established its permanent spot. While most brands make bridal couture, those who make it to the top are labels that have consistent visibility, either revivalist or fashion forward strength, and most importantly, a strong and distinct signature. The latter is the most difficult to achieve as most bridals end up being generic.

Who should win: It’s very difficult to say, as each and every one of the nominees creates impeccable bridal couture. We would like to see The House of Kamiar Rokni win for that fantastic PLBW collection but have a feeling that either Elan or Faraz Manan will walk away with the trophy.

Missing: This year we’re missing Sana Safinaz as well as Nomi Ansari, who for some reason is often overlooked. Nomi is someone with a beacon of a signature and razor sharp couture skills that match international standards. He’s a regular at fashion weeks and is visible year round.

Menwear usually has a list of predicted nominees and in the past it has been a trove of the same couturiers who have taken the award home. However, this year, the addition of Deepak and Fahad as well as Jazib Qamar has definitely left people questioning whether they have been nominated for their avant-garde albeit unwearable clothing.

Who should win: Republic by Omer Farooq for that PFDC Sunsilk Fashion Week collection, which had an impressive balance between eastern and western trends and displayed craft as well as structure.

Pret has always been one of the most competitive categories at the LSAs, which is why it’s also the most interesting. Chapter 2 and Generation have established a super strong identity even though Generation is appreciated more for its campaigns than the designs. Elan has been creating some very strong capsules in its Essentials line; Sana Safinaz are titans when it comes to pret and Zara Shahjahan, though less visible, has a distinct signature that celebrates tradition with aplomb.

Who should win: Chapter 2 for breaking away from the chainmail of printed tunics and creating an identity that has revived handloom while celebrating contemporary designs. However, Generation is as likely to win for its socially conscious campaigns.

While no one does pret a porter in Pakistan as brilliantly as Iman Ahmed, Sonya Battla and Maheen Khan, it is lack of brand awareness in Lahore and the fact that they don’t show that prevents their nomination.

Another competitive category, Luxury Pret is one of the most coveted awards as it balances the best of couture and ready to wear; luxury pret is also more fashion forward as compared to bridal couture and dictates trends while maintaining a finer edge. Misha Lakhani, Sana Safinaz, Sania Maskatiya and Shehla Chatoor rule this category and it’s very encouraging to see a new name, Hussain Rehar, on the list too.

Who should win: We’d like to see Hussain Rehar win because it’s nice to encourage new talent.

Missing: Elan, even though the brand’s luxury wear has been prominent on the red carpet.

The rise of promising new photographers is indicative of industry growth. Alee Hassan and Ashna Khan are already established names while MHM Photography and Stop Style are rapidly rising as forces to reckon with. Young fashion coordinators and stylists swear by them. They are up against veteran Rizwan ul Haq though, who still rules when it comes to minimalist photography, and is the unsaid king of fashion photography.

Who should win: Rizwan ul Haq

This is one of the toughest categories to vote for because ever since Nabila decided to step down from the competition a few years ago, the Hair and Make-up Artist category has been one where new talent hasn’t really come across as productively as expected. While there are several new makeup artists on the block, not many of them have live events - like fashion shows - on their portfolio and it’s tough to judge by images, as images these days are heavily doctored.

Who should win: Saima Bargfrede

The nominees in this category just go to prove that a) the industry saw a new pool of models emerge this year and b) there was a sad lack of exciting designers, makeup artists etc.

Who should win: Mushk Kaleem, because she’s been a favourite amidst designers for print as well as on the runway. She’s got the height, the poise and the right attitude. That said, Eman Suleman - despite not being so visible on the runway - may win for being a prominent face and industry favourite. This should be interesting, considering she has boycotted the LSAs.