Hands off the 18th Amendment 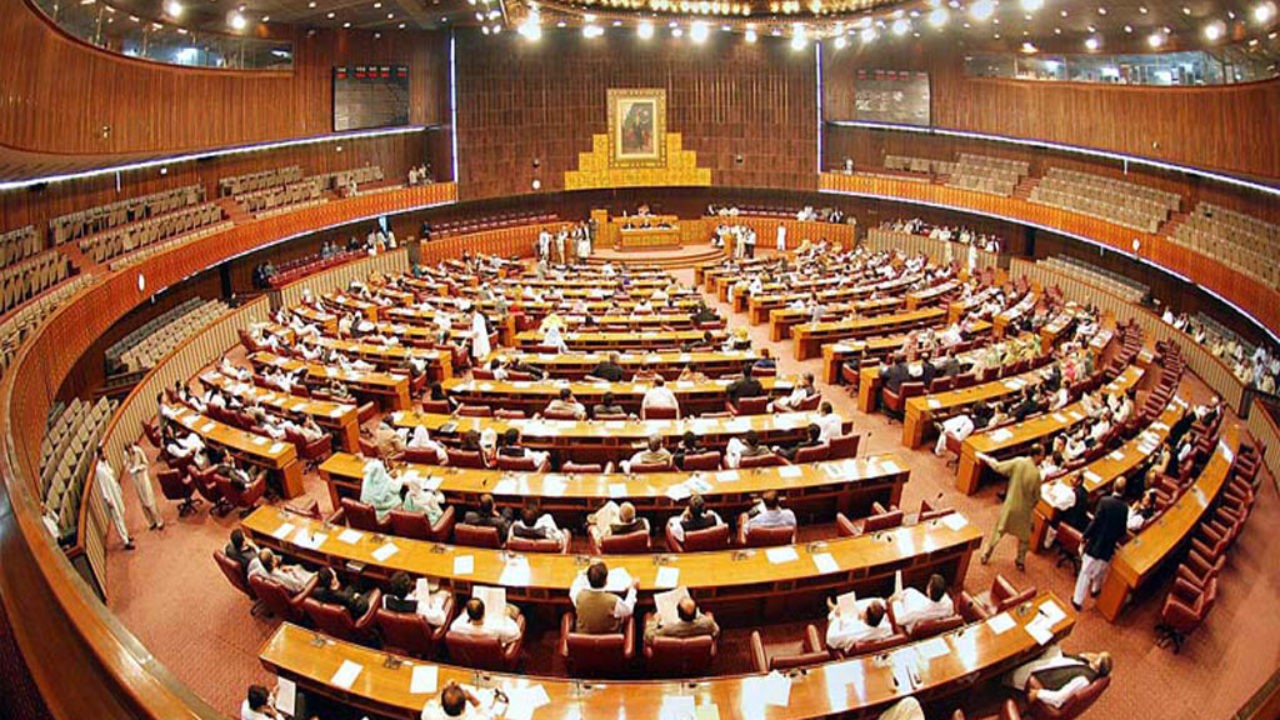 Ever since the 18th Constitutional Amendment was passed in 2010, there has been a lobby that blames it for the economic woes the federal government is facing. First we need to remember that this amendment was the result of a long consultative process that involved all major political parties present in the parliament at that time. In the words of Afrasiab Khatak and Raza Rabbani, this was the single most important constitutional development that reflected democratic aspirations of the people since the drafting of the Constitution in 1973.

Despite all the accusations of corruption and bad governance against the People’s Party, just this amendment is good enough to prove that democracy works and it makes decisions that ultimately go in people’s favour, no matter whatever the establishment wants us to believe. No matter how strongly the pro-establishment ‘defence analysts’ harangue against it, the amendment is a bulwark against secessionist tendencies and any attempt to thwart it would result in the strengthening of centrifugal forces.

One common refrain from the current ruling party and its supporters is that the federation is facing a cash crunch due to the 18th Amendment. Another is that the federation has almost gone bankrupt due to the transfer of funds to the provinces. If that is true, why is it happening almost a decade after the Amendment was passed? Secondly, is the near bankruptcy due to the provinces or the federation itself? Whenever a family faces a cash crunch, two questions must be asked. One, where the money is coming from; and two, where it is going. The money comes from taxes collected from the taxpayers located in the provinces. How many taxpayers are there in the federally administered areas? Almost negligible.

If not about the entire 72-year history of Pakistan, at least we should be able to get the details of the two decades of the 21st century; nine years of which were under the direct rule of General Musharraf and the remaining ten years under an indirect umbrella that, rather than protecting and supporting the civilian political governments, kept prodding and nudging them.

A perpetual collusion between the civil and military bureaucracy has undermined the democratic and political processes, affecting their economic decision-making. Transparency in terms of defence expenditure means accepting civilian supremacy and not considering all civilian rulers as untrustworthy and security risks, as has been the practice with political leaders right from Khawja Nazimuddin and H S Suhrawardy to Fatima Jinnah and Z A Bhutto down to Benazir Bhutto and Nawaz Sharif. If defence expenditure are paid by the taxpayers they have every right to ask their representatives to be transparent in their spending.

Despite all the accusations of corruption and bad governance against the People’s Party, just this amendment is good enough to prove that democracy works and it makes decisions that ultimately go in people’s favour, no matter whatever the establishment wants us to believe.

If I pay to a security firm, and still my house is burgled, I have a right to ask where the money has gone. In addition to transparency in debt servicing and defence (the two Ds), we also need to ask question about where the remaining amount is going. Though, after the two Ds, the federation is left with little, but that little should also be spent wisely. After the 18th Amendment, why still there are overlapping ministries and departments?

For example, education and health have been devolved to the provinces, from primary to tertiary levels. Now, why do we need federal HEC for degree verification and interfering in provincial educational matters? The funds that are given to the federal HEC should be given to the provincial HECs so that they can improve tertiary education in their respective provinces. Similarly, why are there repeated attempts to once again deprive the provinces of their rights to formulate their own curriculum? Every now and then the federal education ministry calls a meeting to develop a uniform curriculum.

This should stop as it is an encroachment on provincial rights and give a justification for the federal education ministry to survive. The same applies to the health sector. The hospitals that were given to the provinces are being taken back under one pretext or another. Jinnah Post-Graduate Medical College (JPMC), National Institute of Cardiovascular Diseases (NICVD), and the National Institute of Child Health (NICH) are example of such attempts. Similarly tourism is a provincial subject and all assets of Pakistan Tourism Development Corporation (PTDC) should have been transferred to provincial TDCs. Here again the federal government keeps interfering.

Visa facilitation is surely the job of the federal Interior Ministry, but in the absence of a safe and secure environment foreign visitors are unlikely to visit. By the way, who are the tourists the federal government is pretending to attract? Tourists come mostly from rich countries, and they are either Arab countries or from Europe and the US. Arab sheikhs are unlikely to tour Pakistan, their favourite destination is Europe and America for obvious reasons. The European and American tourists have stopped coming long ago because of increasing insecurity and religiosity in the country mostly the results of wrong policies at the centre and not at the provinces.

The policies made at the federal level during the past four decades have adversely affected the provinces and not the other way round. That is the reason why the 18th Amendment should not only be defended but also be implemented in letter and spirit. The federation should have a critical look at its own policies and practices--both internally and externally--and revise them to become people-friendly, rather than being hostile to the federating units, and being antagonistic with almost all its neighbours.

Almost all political leaders from Benazir Bhutto and Nawaz Sharif at the national level, and from Ghaffar Khan and Fazlul Haq to Achakzai and Mengal have tried to promote friendly relations with all neighbouring countries. It is not the democratic and political forces but a strong religious lobby that has marred our relations with neighbours. To avoid cash crush at the centre, we need a friendly foreign policy, and fundamental rethinking in external and internal security matters. This is the only way forward, and not any tweaking with the 18th Amendment.

Hands off the 18th Amendment