As a court in Karachi sentences a man under the Sindh Domestic Violence Act, a comparative study of the provincial laws and what renders them so ineffective 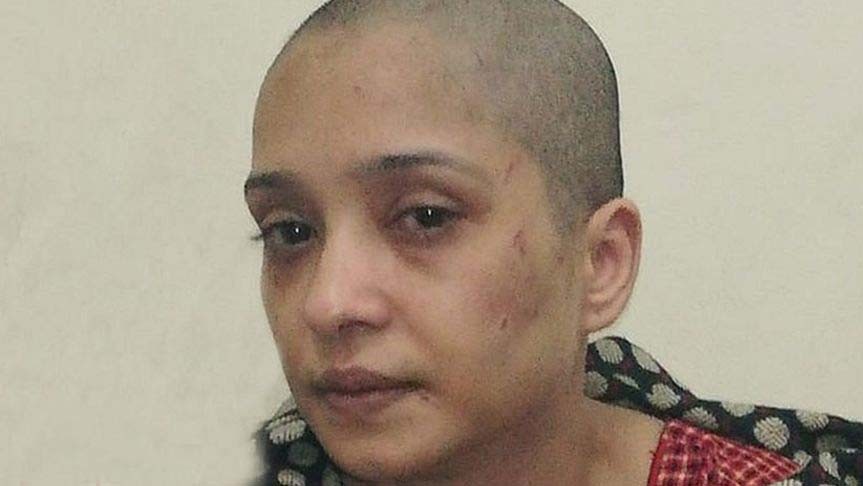 Recently in Peshawar, a man chopped off his wife’s hair. In Lahore, another man shaved his wife’s head. In Pindi Bhattian, yet another cut off ex-wife’s tongue. It seems that in Pakistan, men are committing violence against women in every city. There is little fear of law because except for Sindh, domestic violence is yet to be proclaimed as a criminal offence.

As I pen down these words, I come across a new, gory incident on a regular basis which highlights the enormity of the issue of domestic abuse and violence against women in Pakistan. Hurling verbal abuses, forcing decisions including those involving sexual acts, from hitting to severe physical torture, majority of men in Pakistan are inflicting, sometimes, fatal wounds on their wives.

In certain cases, it is not just the intensity but also the motive behind the violence which demands attention. For example, a man in Chiniot allegedly lost his wife in gamble and thrashed her when she refused to go with his friends. In the case of one of the latest and most talked about case of Asma Aziz in Lahore, the husband allegedly stripped and shaved his wife’s head, as well as physically tortured her, for refusing to dance in front of his friends.

Not only husbands, other male members of a family have also been found to be involved in violent behaviours towards women. Take the case of a man in Multan setting his sister-in-law on fire over a dispute or a nine year old boy in Sargodha killing his sister, also over a dispute regarding marriage.

Social media in particular is playing a major role in bringing out many stories of abuse. Asma Aziz was unable to register a case against her husband with the local police since they demanded bribe money. It was only when her video circulated on social media that her case was noticed, registered, her medical examination held and the husband arrested and produced before the court. He was remanded in police custody.

A ruling will be made on the matter after the medical report of the accuser, Asma Aziz, is presented. If the charges are proved to be correct, the accused, Mian Faisal may receive some punishment according to the Pakistan Penal Code (PPC). The PPC can be particularly harsh in specific cases, like in the following:

However, laws specifically pertaining to domestic violence in Punjab do not prescribe any punishment at all.

What the Act does provide is defining violence in broad terms as any offence committed against a female, including domestic violence, sexual violence, psychological abuse, economic abuse, stalking and cybercrime. It includes the setting up of a toll-free helpline to provide victims of violence immediate access to guidance and aid. It introduces a set of civil remedies that a family court, upon an application filed before it by a female victim, may award, as well as protection orders, residence orders and monetary orders.

"Yet the Act leaves untouched a gaping lacuna in the law," laments Sahar Bandial. "The infliction of cruel treatment (mental or physical) on a woman by her husband or relative is not a criminal offence in our jurisdiction."

"The infliction of cruel treatment (mental or physical) on a woman by her husband or relative is not a criminal offence in our jurisdiction."--Advocate Sahar Bandial

This means that in case of severe physical violence, if proven, the guilty can be punished under the PPC. Since this code does not recognise economic abuse or mental trauma as a crime, nor does the Act covering violence against women, such harmful deeds cannot be penalised in Punjab.

"Section 20 and 21 (of the Act) do prescribe a punishment in case of violation of orders. But criminalising the act is imperative," says Barrister Ahmed Pansota.

Even the much appreciated move of establishing Violence Against Women Centres, which are expected to provide "first aid, police reporting, FIR lodging, prosecution, medical examination, forensics and post-trauma rehabilitation under one roof," does not seem to be taking place.

"Only one such centre has been established in Multan, and that too is under threat of closure," informs Bandial.

On the other hand, Sindh recently witnessed its first conviction in a case of domestic violence. On February 23, a court in Karachi sentenced a man under the Sindh Domestic Violence (Prevention and Protection) Act 2013 to six months’ imprisonment and ordered him to pay Rs45,000 in compensation to the survivor. The case was filed by the man’s (now former wife) two years ago, after having been physically, sexually and psychologically abused.

The Sindh Domestic Violence Act defines domestic violence as "all acts based on gender and physical or psychological abuse" against "women, children and other vulnerable persons" with whom the accused has been in a "domestic relationship". However, there have been delays in the implementation of the law.

In an article recently published in Dawn, Sarah Malkani, the advocate who led to the first conviction in Sindh under its Domestic Violence Act, writes that the Sindh High Court has taken notice of the Sindh government failing to spread awareness about the law among police and the judiciary. A judge of the court has directed the government to ensure speedy appointment of protection committees and protection officers.

"There is still a long way to go, however, before the law becomes an effective tool against gender-based violence," writes Malkani.

Balochistan also passed a law in 2014, but similar to the Punjab Protection of Women Against Violence Act, it does not impose criminal penalties on perpetrators of domestic violence. Domestic violence legislation in Khyber Pakhtunkhwa has not yet passed due to strong opposition from assembly members.

In 2012, a Domestic Violence (Prevention and Protection) Act was tabled in the National Assembly, after being rejected earlier in 2009. The Bill makes violence against women and children an offence, punishable by time in jail and imposition of fines. However, right wing parties vowed resistance against the proposed bill, describing it as ‘anti-Islamic’ and an attempt to promote ‘Western cultural values’ in Pakistan. The bill was passed for Islamabad Capital Territory.

If the laws aim to provide support to victimised women, why do they not punish those who victimise them?

"The mindset of people towards domestic violence seriously needs to be revisited," says Pansota, supporting Bandial’s argument. "Violence is embedded in our personalities on different levels."

While commenting on the subject, Barrister Pansota shared an incident from a time when he was teaching sexual harassment at workplace to the Government of Punjab teachers. "I remember one of them asking me that the law on domestic violence is unnatural as it gives females the right to kick a man out of the house and that a man is otherwise in-charge of a woman."

According to a survey conducted for the year 2012-13, 32 percent women experienced physical violence in Pakistan and 40 percent of ever-married women have suffered from spousal abuse at some point in their life. A patriarchal system and highly defined gender roles have since long stigmatised the society of this region and thus, the lives of women. Misogynist attitudes prevail in most families and while men with such backgrounds actually believe it their prerogative to keep a ‘tight control’ over the women in their homes, the women feel it is their duty to comply. Other members of the family are either accomplices or avoid interfering in a ‘personal matter’.

Although non government organisations and social activists make hard efforts to create awareness about the issue, teaching even self defence tactics to females, the entertainment industry has largely failed to make a positive impact, with some dramas and films actually romanticising the practice of abuse.

The biggest blow comes due to the fact that domestic violence in Pakistan is not a criminal offence. A woman can pluck courage and tell the world that her husband abused her, in return, she can garner sympathy, she can sever ties but if she looks up at the law to make her husband compensate for his crime, it may be a long battle. With protective measures such as toll-free helpline and reporting centres, provided in legislation but missing in sight, it can be a pretty rough ride to attempt to bring the right authorities to hear her case.

Unless the violent acts, recognised as crimes, are also meted out with harsh treatments and penalties, it would be difficult to curtail growing graph of abuse against women in Pakistan.

"The law cannot deter a social evil without effectively condemning it," Bandial concludes.