Inside a shopping mall

We hope the day comes when we become responsible citizens 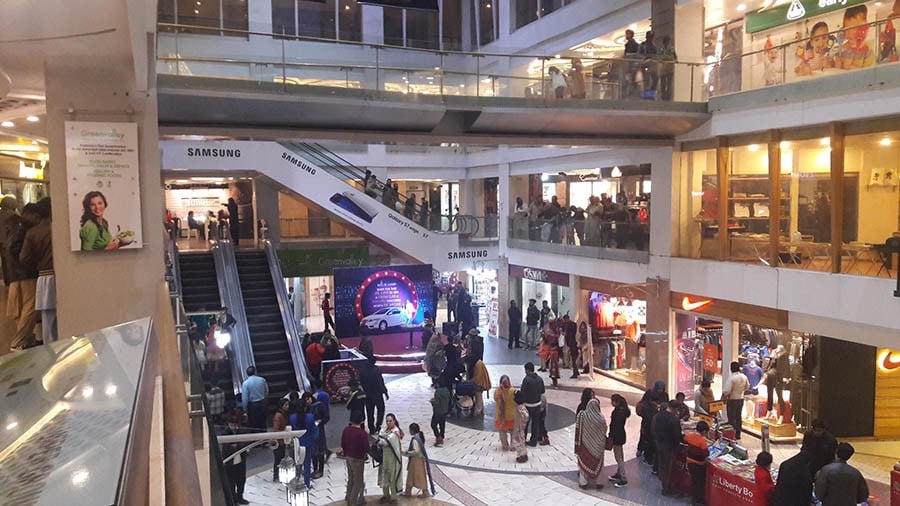 Over the weekend I visited a shopping mall in Lahore. My cheerfulness was overtaken by depression by the time I finished the trip. What I observed there made me realise how we have shunned civic sense in favour of inhumane attitudes, disrespect, lack of sympathy, racism, vandalism and street anger.

Waiting in a queue to enter a mini zoo set up in the Mall we were visiting was an experience in itself. Children were too excited and parents were unable to control them. They were jumping around, making noise and stepping on other people’s toes, while their parents were glued to tiny screens in their hands as they waited for their turn.

On entering the zoo, the first thing I saw was a five-year old boy holding a baby rabbit by its ears and trying to swing it around; the keepers at the zoo tried to take the rabbit away but the mother of the child stepped in and said, "Rehne dijiye bacha hi to hai" (let it be, he is just a child.)

I tried to intervene but the mother was not ready to listen as she wanted her children to enjoy the evening. The child was not to be blamed as he was being encouraged by the mother.

Such behaviour is not limited to a particular place or venue but is exhibited even in the way children treat street cats and dogs, throwing stones at them. Some do it for fun while others say they are scared.

In the West schools teach children how animals should be handled; however in Pakistan I wonder if some people even want to know about animal rights.

Another common feature in our daily public life is use of foul language in public spaces before children, in private gatherings or on social media.

In another incident, three children with their father came to buy candies from a store, the son insisted that he wanted one more lollipop but the father slapped and abused him in front of everyone. I was shocked for a second, and on trying to reason with him he just smiled and said, "bache ese hi sidhe rehte hain" (That is how children learn to behave).

As kids we were punished for uttering foul words. Today, many parents call it ‘cute’ when their children use such words to express their feelings.

Every citizen should be aware of societal norms and ethics. It is the responsibility of parents and teachers to make children grow into responsible citizens.

Children living abroad are taught civic responsibilities from a very early age, but when they return to Pakistan they realise they are misfits. "Pakistan me to esa hi hota hia"(this is how it happens in Pakistan) is a common phrase one hears trying to correct someone.

A large number of concerned citizens make conscious efforts to follow civic sense in their daily interaction. We hope the day comes when we embrace civic responsibility and have the sense to become responsible citizens.

Inside a shopping mall