Our students are a reflection of what we have taught them 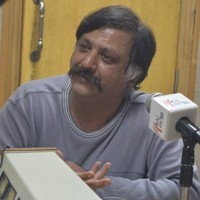 The News on Sunday: How do you explain the level of intolerance in our college and university campuses in the backdrop of the incident in which a student killed his teacher at Government Sadiq Egerton College Bahawalpur?

Aamir Riaz: We live in a state of denial. We have actually done nothing to curtail extremism. Many of us, including teachers and students, still do not realise that extremism is one of our major problems. We were very proud of drafting the National Action Plan but we have hardly achieved anything. And there are reasons for that. We have a mindset that promotes extremism; that does not allow having a difference of opinion. That mindset does not accept diversity. Our basic aim has been to see our people as one nation, with only one language and one religion, completely disregarding the value of diversity. Unless we realise that this is a multi-ethnic and multi-lingual society, that we have religions and sub religions, that we have different cultures here, things will not improve. We don’t accept the existence of different nations in this country, we don’t even believe in the concept of the federation, which is composed of federating units.

TNS: What should have been the state’s in countering extremism? Is it conscious of its responsibilities?

AR: All citizens should be equal in the eyes of the state, and that is only possible if there is a rule of law. But I think there is no point in claiming that we have a rule of law in our country when we can’t see it in practical terms. We have General Musharraf’s case before us and other sacred cows that we can’t speak against. The parliament does not have real powers; the powers belong somewhere outside the parliament. The trickle-down effect of this situation is that people believe in a system of might is right -- thus extremism and intolerance. And our textbooks reflect our state’s policies.

TNS: What we are teaching in our classrooms also contributes to producing extremist mindsets. How to change this…?

AR: I started researching the syllabus we are teaching our children through textbooks in 2009. I have come to the conclusion that as far as our education sector is concerned both the private and public sector are in a very bad shape and that needs to change. We criticise the public sector more than the private sector, but I think private schools are no better. A majority of schools in the private sector have fees less than one thousand rupees. Even when we take up the issue of schools in the private sector, as did the last chief justice of the Supreme Court, it is misleading. The schools that revised their fee structures downwards do not cater to even five per cent of our school-going kids.

According to a whitepaper on education released in 2007, 40 percent of our schools are in the private sector. Of this 40 percent, 98 percent of the schools have fees less than rupees one thousand -- going down to as low as rupees two hundred a month. We have no study available to see what teachers are teaching to students in the classroom. So, children are not to be blamed for whatever is happening. They are the product of what we’ve built. As Saadat Hasan Manto would say: he wrote what he observed about society.  So, our society and our children are a reflection of what we have done to them.

I am sure policy makers don’t know what is being taught at the primary level. Many educationists who appear on TV have never visited these schools nor do they know about the syllabus. We don’t have language experts who can understand the learning requirements of a kid in grade 3. In such a situation, we cannot blame the students. They produce what we invest in them. At one time, healthy literary traditions were a part of school life such as bazm-e-adab, bait bazi, debates and inter-school competitions. We see little of that today.

TNS: The society, too, seems to have opted to remain silent about tragic incidents like the Bahawalpur incident. Has society completely gone numb? If so, why?

AR: Every year we produce a bunch of incompetent and unskilled students with no understanding of real-life issues. Such a student is clueless about his future prospects. Our syllabus needs to cater to these things. The Punjab textbook board did accomplish some good work in this regard but that is not enough. I started my work on textbooks in 2009 and at that time our textbooks contained material that promoted sectarianism. There’s still a lot to be done about it. For instance, generally, the Taliban mindset is associated with the Pashtuns. This is very wrong because we know that extremist mindset is shared by anyone believing in the extremists’ ideology. We were very much perturbed when the West dubbed all Muslims as extremists after the 9/11 incident. We’ve done the same here to Pashtuns.

TNS: Over the last few months we have seen more instances of turbulence in academic institutions, such as Punjab University. Whose responsibility is it to maintain discipline and law and order on campuses? Is a university administration part of the problem?

TNS: In an environment of fear and intimidation, can teachers perform their duties? What can they do to check rising intolerance and extremism in the classroom?

AR: We saw the tragic incident of Prof Khalid Hameed’s murder, but I don’t think just punishing the culprit will bring in the required change. It is the environment of fear at the universities that has to change. The writ of the state should be established in this matter. The murder of the professor is not the work of a single person, I believe, it is the work of the whole mindset. Unless we change that mindset, things will remain the same. As things stand, we can see the irony; we are praising the New Zealand prime minister for sensibly handling the situation after the terrorist attacks on its mosques, and here the situation is that we have started worrying about the family of Prof Hameed in the wake of his murder. We have seen how difficult it is for Aasia to remain in the country after the Supreme Court’s verdict. But we can overcome extremism if there is a will to do so, if we have long-term policies.

TNS: What in your view is the solution to extremist tendencies and absence of freedom of expression in our academic institutions?

AR: Our problem is that we tend to see things in black and white. There are no grey areas for us. How our media portrays an issue is one example. Nevertheless, as I said earlier, we have to work in the direction of changing mindsets and the networks working behind them. Unless we do that, we will not get the desired results even if we hang the culprits, which may even backfire. Our whole focus is towards giving punishment. This will not work. And even though the space for dialogue seems to be shrinking on the whole, social media has provided a huge platform to counter this. Almost everyone has a mobile phone to take pictures and send messages. So sharing of ideas through social media is increasing gradually. This is an age of information and I have hope for the better. We should not be pessimistic because people are more aware today.

Our students are a reflection of what we have taught them