Where Bahawalpur college professor’s killing is a reminder of years of collusion between the deep state and the religious right, a silent revival of progressive voices is also underway to reclaim campuses as sites for debate, critical thinking and knowledge generation 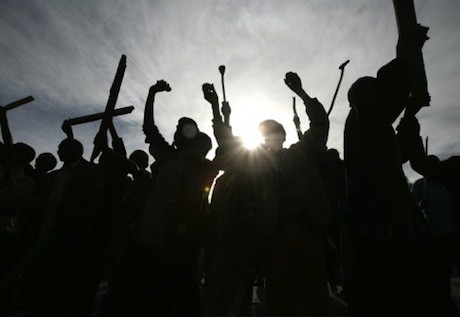 As the Sadiq Egerton College grieves the loss of Professor Khalid Hameed, it’s also taking measures to heal the wounds left by the ghastly murder.

The college has set up a reconciliatory committee (masalehat-i-committee) comprising six senior professors, and tasked it to devise a course of action to deal with extremist tendencies within its academic community.

"The committee will invite suggestions, and it will also encourage debate among the teaching staff from different schools of thought," says Prof Asmatullah Shah, the head of Seraiki Department at SE College. He says greater engagement was needed among teachers to promote tolerance and respect for different opinions and inculcation of a civic culture among students.

Professor Hameed was killed last week by a student, identified as Khateeb Hussain, following an argument over a farewell event planned at the college. The event had already been cancelled in the wake of a campaign discovered after unattributed pamphlets against the event were found at notice boards across the campus.

While the district police investigate Hussain’s links to a Layyah-based lawyer affiliated with Barelvi extremist outfit, Tehrik-e-Labbaik Pakistan (TLP), Prof Shah says those who put up the pamphlets belonged to ‘a different school of thought’. He believes it was the work of those who supported Islamist Jamaat-e-Islami (JI).

However, he insists that the college doesn’t plan on caving in to such pressure tactics in future. "This is a co-education institute, male and female students will continue to study together and participate in co-curricular activities," he says, adding that never before in the 11 years he has spent at the college did he come across any opposition to such activities.

In recent years, multiple incidents have been reported from Pakistani campuses involving violence against teachers and students with moderate and progressive views. The culprits have been found to be affiliated with right-wing groups like the Jamaat (JI) whose students and teachers wings are particularly notorious for setting up parallel administrative machineries through which they not only impose a strict moral code but also stifle debate and discussion on campuses.

"The state-of-affairs at our campuses is a direct consequence of years of direct and indirect military rule in the country," argues Aasim Sajjad Akhtar, an associate professor at Quaid-e-Azam University (QAU). He says from day one, open debate and discussion among democratic forces on issues concerning the role of religion in society and politics, center-province relations, the country’s foreign and defense polices and relations with its neighbours, and economic policy has been an anathema to the powers-that-be in state institutions.

"Alongside legislatures and the media, campuses are the other most-important site where such a debate can be held in a democratic polity," he says, adding that ever since the students’ mobilisation against Ayub Khan’s regime, there has been a working relationship between the deep state and students-and teachers-wings of rightist groups like the Jamaat to control campuses.

In recent years, multiple incidents have been reported from Pakistani campuses involving violence against teachers and students with moderate and progressive views. The culprits have been found to be affiliated with right-wing groups.

"The relationship developed during the Bhutto years, but it reached its pinnacle during the Zia dictatorship, when student unions got banned, progressive voices were suppressed violently, and right-wing and ethno-supremacist parties consolidated their hold over campuses in major cities like Karachi and Lahor," says Akhtar.

It is worth noting that the right-wing monopoly has now extended well beyond the Jamaat, the student who killed the teacher in Bahawalpur was linked to the TLP, and the killers of Mashal Khan belonged to mainstream parties, Akhtar adds.

In recent years, however, progressive voices have reasserted themselves on campuses, with attempts to revive a culture of debate, alongside a celebration of marginalised cultures. In 2011, the National Students Federation (NSF) re-convened after a hiatus of 21 years, announcing plans to re-organise itself on campuses. It has since expanded its footprint across campuses, particularly in Islamabad and Hyderabad where students affiliated with the body have been regularly holding weekly study circles.

However, at the forefront of the push back against rightist groups at major campuses have been ethnicity-based student councils. Members of these councils have clashed several times with the Jamaat’s student wing on the campuses of the QAU and the Punjab University over cultural events opposed by the right-wing student group. The councils have, nonetheless, endured and continued with claiming the campus space for these events.

Last week, a video went viral on social media, showing members of the Mehran Council (of Sindhi students) dancing to the tunes of popular folk song Ho Jamalo to celebrate holi. While the councils have faced off religious groups, they have yet to deal with their internal contradictions, of relations between members of different councils as well as of the participation of female students in council activities.

This was highlighted by Tooba Syed, a visiting faculty member at QAU’s Gender Studies Department, who shared the video of the holi celebration on her Twitter profile with the following words: "As happy as it makes me to see this as a teacher at QAU, I cannot stop myself from thinking of those girls standing on the sides of these celebrations, watching with joy & envy, filming the men enjoying their culture… later expressing their desires to just dance in the class."

Speaking to TNS, Syed said the event was held every year and it attracted students from different ethnicities. Though women were not barred from participation, they were not encouraged to join in the celebrations either, given the prevailing campus environment of policing.

Mohiba Ahmed, a founding member of Progressive Students Collective (PSC) explains that the PSC had started as a series of study circles on topics in philosophy and social theory at the campus of a major public sector university in Lahore. "These circles engaged students from different academic disciplines in critical thinking, something we had never experienced in classrooms," she recalls, saying that the culture of discussion and debate encouraged students to question ‘ridiculous’ policies of the administration, like the requirement to sign an affidavit saying that they won’t participate in political activities, not just on but also off campus -- an infringement of the students’ constitutionally protected fundamental right.

Long been playing second-fiddle to the deep state and religious groups, the administration didn’t take the criticism well, and reacted in a paranoid manner. Ahmed recalls that it went as far as to track social media profiles of PSC members. There was backlash against female-only study circles, some speakers were banned from campus, and charges of ‘misconduct’ were raised to deter students from holding co-curricular activities.

Also read: "Students are not cannon fodder for political or religious aims"

Perhaps learning their lessons from the students’ experiences, a group of academics have also gotten together and announced a Progressive Academics Collective. "Restricted so far to universities and colleges in Lahore, the collective was needed in view of curbs on academic freedoms, as debate on a range of issues termed ‘sensitive’ has been suppressed on campuses," explains Ammar Ali Jan, a member of the collective and an assistant professor at Forman Christian College University.

He says the collective aims to gradually expand its presence nation-wide with an objective to revive campuses as sites for debate, critical thinking and knowledge generation.