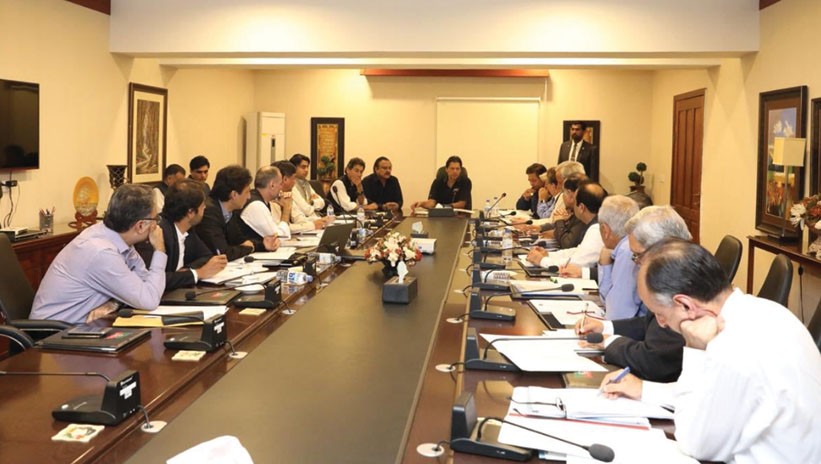 The task forces and reform committees, formed soon after the new Pakistan Tehreek-e-Insaf-led (PTI) government assumed power, have not really taken off. Over six months have passed but a majority of them have hardly convened their scheduled meetings. Some of the committees became defunct after their conveners either quit or remained busy in their own businesses.

Many members of these high profile task forces/committees had excellent credentials but, despite repeated attempts, could not meet Prime Minister Imran Khan for further advice. Almost all committees have failed to present their "conclusive recommendations" to the Prime Minister’s Secretariat. The federal government has yet to finalise the rules of engagement for around a dozen committees.

It is said that there is dismal progress on two committees constituted to prepare recommendations for civil services reforms in Punjab and KPK as well as in Islamabad. But Dr Ishrat Hussain claimed his Task Force on Civil Service Reforms was working vigorously. "We are working, even progressing in achieving the desired results," he told TNS, though no progress report was sent to the PM Office in the first three months.

An 18-member Economic Advisory Council formed on August 28 last year presented two mini-budgets but failed to present the tax collection formula. FBR is facing a shortfall of some Rs230 billion which the government has promised to collect through taxes. A similar failure was witnessed in the special committee to review NAB laws where the members failed to reach a consensus on new accountability laws.

A spokesperson of federal government on economic reforms, Dr Farrukh Saleem, resigned in protest from his office. Task Force for Identification of Impediments and Facilitation of Merger of FATA & PATA with KPK formed on Nov 28, 2018 is making no significant progress either. But Adviser to the Prime Minister on Establishment, Arbab Shahzad, who is the convener claimed in his recent chat with media persons that the committee was trying to engage all stakeholders to resolve the disputes.

A task force to improve standard of all sports in the country, formed on September 21, 2018 has yet to meet as scheduled.

Senior officials working in the Cabinet Division claim that the Task Force on Austerity and Restructuring of the Government has not done much, while the federal government has spent Rs109 million on refreshments in its federal offices in the past eight months.

PM Khan formed a task force to recover unlawfully acquired assets stashed abroad, and set a two-week deadline on Aug 28, 2018 to come up with better results. This task force headed by Adviser to Prime Minister on Assets Recovery Unit, Shehzad Akbar, has yet to hear from the 17 countries which were approached by the government, seeking details of Pakistanis’ assets. Akbar said while talking to TNS that Pakistan had started receiving information about thousands of Pakistanis’ assets abroad. He, however, did not share the details. Similarly, the cabinet approved formation of a 17-member task force on IT and Telecommunications but it has not yielded the desired results so far.

The Task Force on Technology Driven Knowledge Economy sought funds worth Rs2 billion from the federal government some months back. Vice Chairman of the Taskforce on Technology Driven Knowledge Economy, Prof. Dr. Atta-ur-Rehman, said in a recent talk with media they needed more time to prepare their recommendations on how to go for technology-driven economy.

Committees to create 10 million jobs and build 5 million new houses have yet to present their final recommendation to the PM. "These two projects [jobs and new houses] need more than Rs50 billion to start with -- but we have only promises and pledges in hand -- so it’s still a dream," said a senior member of the federal cabinet.

The federal cabinet also formed a committee on China Pakistan Economic Corridor headed by the Federal Minister for Planning Khusro Bakhtiar. The committee could not hold its first scheduled meeting despite a passage of four months, past the deadline to present a complete review of the CPEC projects to Premier Khan. A Task Force headed by Special Advisor to Prime Minister on Overseas and Human Resource Development Zulfiqar Bokhari met a deadlock over his claims of sending 0.5 million skilled Pakistanis abroad. The Taskforce has yet to present its concrete proposals on development and export of manpower to the prime minister’s office.

On August 20, last year, a committee was formed to commence a major tree plantation project but the committee has not yet presented its first progress report.

The federal cabinet set up an Institutional Reforms Cell (IRC) at the prime minister’s office to serve as the base of the task force. But the IRC did not receive any report from the Secretaries’ Committee which was discussing matters referred to it by a Division, a minister or the prime minister, in which the experience and collective wisdom of senior officers could be used to the benefit of the subject under consideration.

The Secretaries’ Committee was supposed to meet at least once a month but it could not meet in the past three months. A government spokesperson said, "The government, after five months, has formed a Monitoring and Evaluation Cell to evaluate performance of all these taskforces and committees but not a single taskforce/committee has submitted its progress report so far. We are hoping to receive the reports by the end of next month."

Senior journalist and former editor, M. Ziauddin says, "Taskforces/committees set up by the present government would do nothing more than reinvent the wheel. Capacity of most of the members of these taskforces for coming up with innovative ideas are open to question. By the end of the first year in the government, the PTI and its leadership would be doing nothing other than fire-fighting because by that time the problems would have multiplied to such an extent they would be left with no room to experiment.

"There are hundreds of reports in the Planning Commission on the same subjects which various previous governments had got prepared by similar high powered task forces. This has become the usual method adopted by successive governments to postpone important decisions."

Ahmed Bilal Mehboob, CEO PILDAT said forming taskforces and committees for implementing various items of the 100 Days Agenda and the election manifesto of PM Imran Khan and PTI was a good idea. "Some 35 task forces were created by the PTI, mostly during the first month. The progress of the task forces was somewhat known through the tracker or media reports but after that we are not regularly informed by the government about the progress of each taskforce. When performance updates are not given regularly, the general impression is that the progress is not satisfactory."