Rinkle Kumari to Reena and Raveena 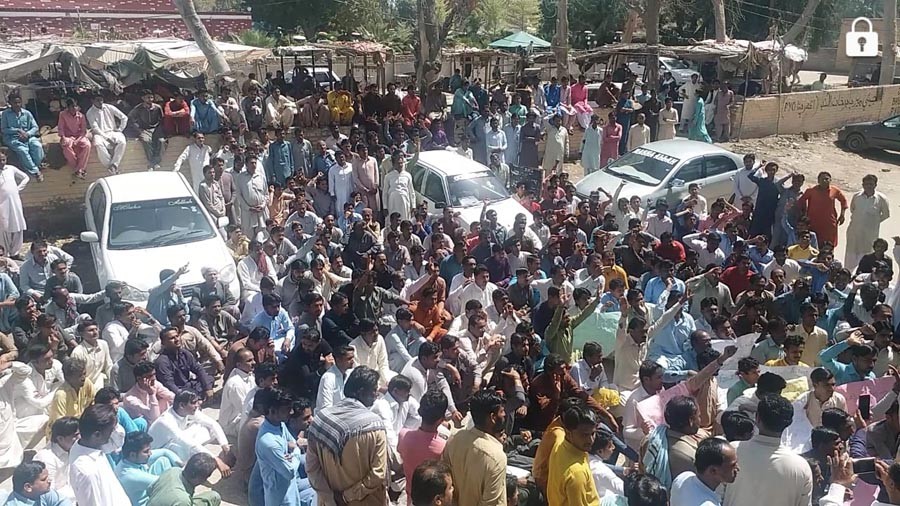 It was on March 20 -- the day of the Holi festival -- that a video of the father and brother of two Hindu sisters, Reena and Raveena, surfaced online. The men claimed that the underage teenagers were abducted from the Ghotki district of Sindh and were forced to change their religion from Hinduism to Islam.

But things took a turn when the girls filed a court petition in Islamabad claiming that they were over 18 and had willingly converted to Islam, and married the men they wanted. They also sought protection from their family, claiming the family had harassed and threatened them. The Islamabad High Court (IHC) on Tuesday,  placed both the girls in government custody and ordered a ‘fair and transparent inquiry’ into their circumstances, that is to be presented to the court in a week.

This case has yet again brought to the fore the issue that has been haunting non-Muslim communities, especially Hindus, for the last several years. Most such complaints and cases are being reported on a regular basis from Sindh, where most of the Hindu community lives.

"Abductions and forced conversions are some of the most serious problems Hindu women are facing these days," says Birma Jesrani, a Hindu activist who led the ‘Stop Forced Conversions Action Committee’, a body of rights activists formed last week in Karachi, to show concerns over abductions. The body organised a protest on March 24 against the recent case of alleged conversion of Reena and Raveena outside the Karachi Press Club in which a large number of activists, Hindu community members and parliamentarians from opposition parties participated. Speakers at the protest said that minorities, especially Hindu, often do not receive the protection required from state institutions and lack access to justice.

Community activists also claim that after kidnapping the girls, conversion and marriage were being used as legal cover to protect the abductors.  "In such cases, girls were threatened into giving false statements in court," Jesrani tells TNS.

Activists say that the recent case has not only made a dent in the cause of religious harmony but has also violated the Sindh government’s Child Marriage Restraint Act, 2013 that bars the marriage of girls below the age of 18.

A section of activists was very critical of the Pakistan Peoples Party (PPP) for shying away from a bill criminalising forced religious conversions, and subsequent forced marriages. In November 2016, the then Sindh Assembly had unanimously passed into law the Sindh Criminal Law (Protection of Minorities) Bill 2015 to make forced conversions punishable with a life sentence and forbade minors from changing their religion. However, the situation took an unpleasant turn when many religious parties, especially the Jamaat-e-Islami (JI) and the Jamiat-e-Ulema Islam-Fazl (JUI-F), took to the streets against the proposed law and announced a movement against it, following which the governor at the time, Justice Saeeduzzaman Siddiqui returned the bill to the assembly.

The pressure of religious parties was so severe that the PPP’s supremo Asif Ali Zardari telephoned the JI chief Siraj Ul Haq, assuring him that the Sindh government would take back the forced conversion bill.

Activists say that the recent case has not only made a dent in the cause of religious harmony but has also violated the Sindh government’s Child Marriage Restraint Act, 2013 that bars the marriage of girls below the age of 18.

Pakistan Muslim League-Functional MPA Nand Kumar Goklani, who had initially moved the bill against forced conversions, says he would raise the issue of abductions and forced conversions of the two girls in the Sindh Assembly. "It is now the community’s demand that Sindh government take up my bill and get it passed without any delay," Goklani tells TNS.

After the passage of the bill in 2016, the PPP celebrated it but ever since the bill was taken back, the party has been now mum on the issue while the bill seems to have been brushed under the carpet. A PPP MPA from the Hindu community familiar with the bill, says that Islamist parties had proposed to the Sindh government to remove the condition of age (18 years) for the conversion of religion. "The PPP is now not in the position to pass the bill again because it is mainly focused on NAB cases against the party’s central leaders; and could not annoy religious parties at this stage," says the MPA, who requested anonymity. He says that the bill was unanimously passed in the previous assembly because there was no presence of religious parties, but in the current legislative body, the Tehreek-e-Labbaik Pakistan and the JI have representation that will oppose the bill inside and outside the assembly with full force.

Amid the outrage of the recent case, Ramesh Kumar Vankwani, a Hindu parliamentarian from the ruling Pakistan Tehreek-e-Insaf (PTI), moved two bills in the National Assembly on March 26, seeking enhancement of punishment for those involved in forced conversions, and for making child marriage a cognisable offence. Besides Vankwani, PTI legislators Lal Malhi and Shunila Ruth, Pakistan Muslim League-Nawaz lawmaker Darshan and PPP’s Ramesh Lal signed the resolution.

Pirs (spiritual leaders) of prominent shrines, such as Dargah Bharchundi Sharif and Sarhandi shrine, in rural Sindh, are hotbeds of such religious conversions where a number of Hindu girls and young women, mostly those belonging to Scheduled Castes -- Bheel, Meghwar, Bhaagri and Kohli -- have been converted to Islam. But, on the other hand, with an increase in the activities of various Islamic groups in rural Sindh, active efforts are being made to convert Scheduled Caste Hindu families by offering them material inducement such as ration, livestock and housing. "It is a purely voluntary process because it is un-Islamic to force someone to embrace Islam," says an administrator of Dargah Bharchundi Sharif.

Rinkle Kumari to Reena and Raveena