Centres of no attention 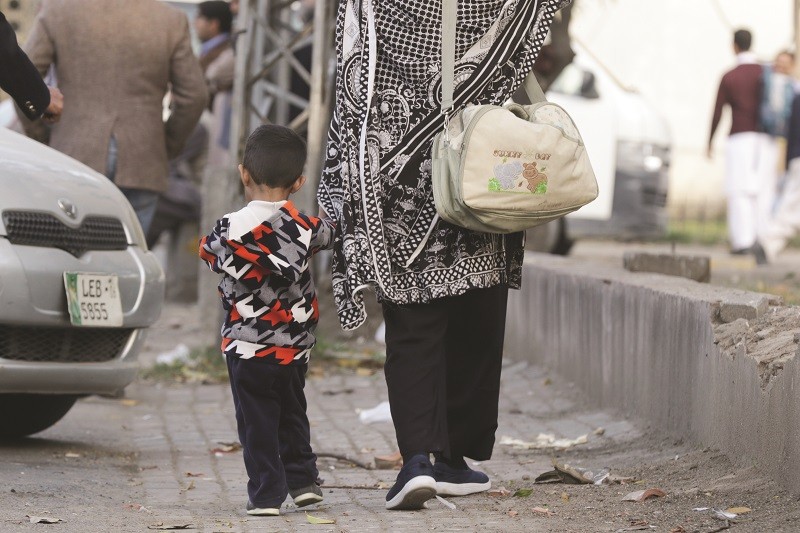 "I am a working mother and a single parent. I scuttle between office and my children’s daycare centre. I return home at about 6 pm and do house chores and sometimes I don’t even have time to look after my own health," says a woman while talking to her friend in the waiting room of a clinic.

This happens to be the story of many a working woman. Daycare centre facilities are the need of the hour for working mothers, yet very few offices provide these services.

Centres with good facilities can be a blessing for single-unit families and working mothers. While women in the past usually opted for teaching and healthcare, today they can be seen in almost every field.

The most common questions a woman faces in a job interview are about her marital status and children. Employers believe that being married and having children will prevent a woman from giving her best to the organisation. On the contrary, men are hardly ever asked such questions as society expects children to be the main responsibility of the mother.

Talking to TNS, Nida Usman Chaudhary, founder Lahore Education and Research Network and Women in Law Initiative Pakistan and Chairperson of Gender Equality and Diversity Committee of Lahore High Court Bar Association for 2018-19, says, "According to Punjab Shops and Establishment Ordinance Section 10 A, the compulsion to provide a daycare to female workers depends on the number of women in an organisation; whereas in Sindh it is gender neutral, which forces the employers to set up daycare facilities within office premises, thus also giving the responsibility of children to fathers." That is why, Chaudhary adds, "in Punjab most companies try to hire less than twenty-five women to avoid setting up childcare facilities on site."

Once Nida and her colleagues made an effort to set up a daycare on the Lahore High Court premises, "We realised that that the cost would be too high and it would be difficult to ensure the security of children, so the issue was not pursued."

In joint families, elder women of the family take the responsibility of children, however, in one-unit or nuclear families it becomes very difficult for working mothers to hold the fort on their own.

Mrs. Khan, a journalist from Peshawar, says while talking to TNS, "I live in a one-unit family and am expecting a baby. Lack of a reasonable daycare facility is stressing me out already. Our office doesn’t even have a separate washroom for female workers; how can we expect them to consider establishing a daycare?"

A number of self-employed women, or those employed in well-established organisations get daycare facilities equipped with cribs and other material so children feel comfortable.

Khan has been working for over 11 years. She doesn’t want to quit her profession, "I have no other option but to take my baby to work with me. I am expecting to face the dilemma of where to feed the baby or change his nappy. Our culture does not approve of working mothers."

Sabahat Khan, an Islamabad-based journalist, has had to leave her one-year old daughter with her mother who lives in another city, as she could not afford to pay the exorbitant charges of daycare centres, nor focus on her work with the child. "Even though my office allowed me to bring my daughter to work, the response I got from my colleagues was very discouraging, so I am thinking of quitting the job."

When a mother with children plans to pursue a career, she does not realise the amount of stress she will have to handle. Basma Husnain, a lecturer at Gender Studies Department, Government Fatima Jinnah College in Chuna Mandi, Lahore is a mother of two. "When I had my first child, I was told that as an autonomous college they could not request the government for funds to set up a daycare; however, I was given a room where I could keep my child and visit him when needed."

Basma had to bring food from home since she could not afford a maid, "School children used to pass through that room to go to the washroom which would disturb the child. Even though my husband helped me in every other way, when it came to children I had to deal with the stress all by myself."

A number of self-employed women, or those employed in well-established organisations get daycare facilities equipped with cribs and other material so children feel comfortable.

As more women join the workforce to help their families financially and fulfill their own dreams and ambitions, it is the responsibility of the government to set up affordable daycare centres in every locality, and to also ensure that workplaces establish childcare centres at their premises.

Centres of no attention