With the news about creating new districts along ethnic lines, stakeholders share their concerns in the backdrop of the city’s political and administrative context 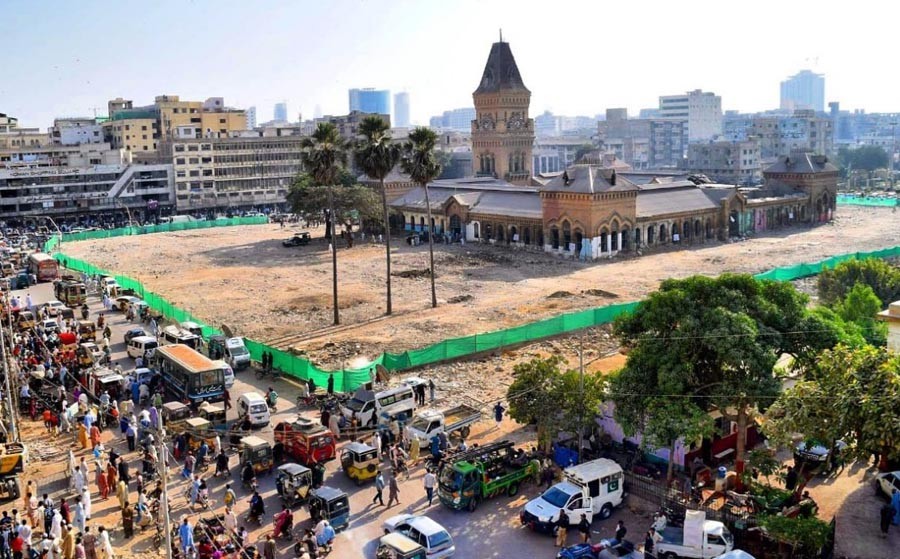 Although relations between Pakistan People’s Party-led Sindh government and Muttahida Qaumi Movement-Pakistan-led Karachi Municipal Corporation have stayed tense after the significant reduction of the latter’s powers to govern the city, a new but heated debate on the proposal of creating new districts in the metropolis on ethnic lines has begun.

The debate started when a section of media ran a news item saying that the Sindh government was working on creating new districts in Karachi, increasing their number from six to nine. In this regard, as per the new item, concerned Deputy Commissioners, Assistant Commissioners and Mukhtarkars have been asked to conduct a detailed survey to ease up population and other related issues. The news report also hinted at creating posts of two mayors to run the urban and rural municipal administrations in the city.

The proposal irked the major political parties in the city, especially MQM-P, Jamaat-e-Islami and Pak Sarzameen Party, who have criticised the ruling PPP for trying to divide the city further on ethnic lines.

The MQM-P, a key stakeholder that is ruling the city’s municipality, reacted strongly by bringing its longstanding demand to create a new province in Sindh. "The PPP’s Sindh government had already divided Sindh along linguistic lines through an artificial majority. If provinces have the authority to create new districts, then the federal government should also have the authority to make [new] provinces," says Khalid Maqbool Siddiqui, MQM-P’s convener and federal minister, while talking to TNS.

Siddiqui opines that PPP has not acquired any mandate in the urban areas of Sindh in the last fifty years and therefore has no right to make decisions regarding Sindh’s urban areas. "If there were two mayors in Karachi, then there could also be two chief ministers of Sindh."

After such reactions from political parties, especially MQM-P, on creation of districts, the ruling PPP has denied such reports. However, it confirmed that a proposal to bifurcate West district to create a Keamari district exists.

"In Sindh cabinet’s meetings, no proposal of creating new districts was discussed. Also, a city could not have two mayors," provincial minister for Local Government, Saeed Ghani, told the media. However, he acknowledged that at the level of West district, such a proposal was once made to divide the district into two.

According to recent census statistics (though MQM-P and other parties have objections over it), West district has emerged as the largest of Karachi’s six districts and, because of it, the seats of National and Sindh Assembly have been increased from 4 to 5 and 7 to 11 respectively in the district. "Sindh government now plans to make a new district, Keamari, by gathering Sindhi, Pashtun and Baloch areas comprising islands, Maripur, Keamari and some other areas," says a senior official at the Revenue Department.

Gerrymandering in carving new districts and constituencies has remained a burning issue in Karachi where political parties have for long relied on ethnic divisions deeply entrenched in the city’s political landscape.

MQM, since its inception, has been winning elections in the city through a combination of support base from Mohajir populace and using violent means. But, right now, an ambitious PPP is making efforts to exploit the crackdown on MQM and create new districts in its efforts to manage to win some turf in urban areas.

However, in 1994, amid an ongoing operation against MQM, PPP created Malir district by gathering Sindhi and Baloch rural localities and bifurcating the East district. At that time, MQM opposed the creation of a new district and shut down the city by force for several days in protest.

But, in 2000, the regime of then military dictator Pervez Musharraf introduced a new but empowered local government system for metropolitan cities, such as Karachi. At that time, the entire city was divided in eighteen towns, and rural and urban areas were merged after abolishing the District Council. The current arrangement suits MQM that emerged as Musharraf’s key ally later.

However, with the weakening of MQM after the start of paramilitary Rangers-led operation in 2013 and internal split, PPP took advantage of it and passed a bill that empowered the provincial government to keep civic powers under its control, reduced the powers of mayor and also revived District Council. In November 2013, Sindh government created a new district of Korangi that was carved out after revising the boundaries of five other districts, despite the MQM’s opposition.

After the July 25, 2018 elections, Karachi’s governing crisis has become severe. MQM already has mayor and chairmanships in four districts in Karachi after winning the local government polls in 2015. But because of legislation in Sindh Assembly carried out by PPP, the elected representatives in the local government have become toothless. The provincial government has taken about half of KMC’s municipal functions and powers. At the same time, PPP held chairmanship of District Council, ruling the city’s rural and coastal areas.

After the passage of 18th Amendment, a resourceful PPP, which wins mainly from rural parts of the province and not from Karachi, now has most powers to run the city. But the general view is that it is showing indifference towards the city.

On the other hand, Pakistan Tehreek-e-Insaf (PTI), that runs the federal government, has emerged as a new player in the city’s politics by winning most of the National and Sindh Assembly seats in the 2018 general polls. However, it has been constrained by the 18th Amendment for directly carrying out development projects by bypassing provincial government.

"Not that this ethnic conflict was not evident before the 18th Amendment but the fact is that the Amendment provides opportunities for dominant ethnic groups in provinces to cement their power further through ‘provincial autonomy’," says Dr Farhan Hanif Siddiqi, a political analyst and author of The Politics of Ethnicity in Pakistan: The Baloch, Sindhi and Mohajir Ethnic Movements.