Making sense of a tragedy 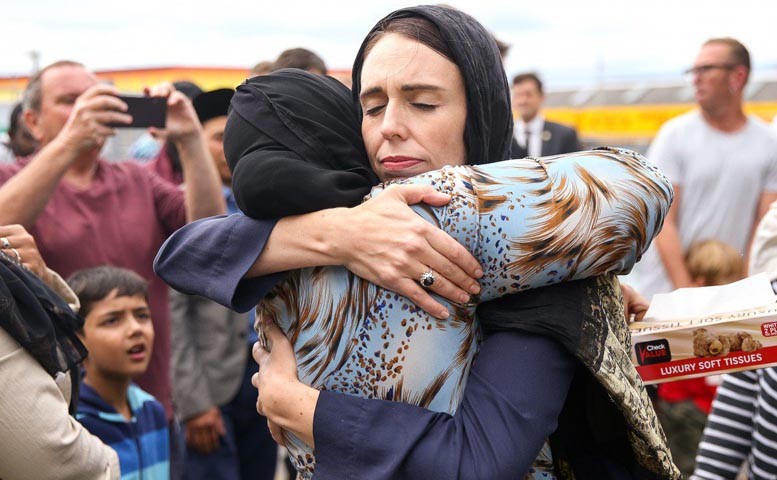 The terrorist attack on Friday congregations at two mosques in Christchurch, New Zealand, killing 50 has evoked worldwide revulsion. The heinous act of the mass murderer, Brenton Tarrant, an Australian national, is being scrutinised for possible motives. The New Zealand tragedy can be discussed through the perpetrator and the response lense. The perpetrator seems to be inspired by white supremacist movements in Europe. His immediate inspiration was the Norwegian far-right sympathiser Anders Breivik, who killed more than seventy people in Norway in 2011.

Like Norway, another peaceful and quiet country free of terrorism, the atrocity has shaken up the settled image of New Zealand as a peaceful, tolerant and terrorism-free country. The massacre also shows that far-right white supremacist movements are no longer a European phenomenon. The widespread reach of the internet and travel has diffused the movement across continents. The perpetrator, an Australian, thought of New Zealand as a European nation.

There are also other similarities between Breivik and Tarrant. Both wanted the world to advertise their hate-filled political beliefs through violent acts accompanied by political manifestos. That is why both saw to it that they released their manifestos before setting out on the senseless killing spree. Both wanted their murderous acts to be televised. Though in the case of Breivik there was a last minute technical glitch which prevented live streaming. In the case of Tarrant he made sure that the mayhem was televised and streamed live on Facebook for which the already tarnished tech giant is under fire. Tarrant also followed Anders Breivik’s plan of killing the victims at two places for maximum damage and publicity. Breivik had first bombed the prime minister’s office in Oslo before setting out for the ill-fated island where the Norwegian social democratic party’s youth wing was organising its annual camp. There are, however, some differences too.

The Norwegian white supremacist’s hatred was directed against his own white political elites -- the leadership and member of the social democratic party who were seen as accomplices in the influx of the Muslim population and its further promotion under the guise of multiculturalism values.

On the other hand, the New Zealand murderer targeted the immigrant Muslim community who were also perceived to be endangering white values by migrating in huge numbers. The killer’s political manifesto was also titled The Great Replacement which argued for the elimination of the Muslim who was perceived to have replaced the local white population by immigrating in huge numbers. That explains Tarrant’s terminator style elimination of the Muslim worshipper. There is also a ring of the Hitlerian Final Solution to the spirit and title of the manifesto.

Beyond the European origin of the heinous act, the response to the tragedy was vastly different. New Zealanders rallied to the defense of Muslims. Immediately after the tragedy, Prime Minister Jacinda Ardren took control of the situation and led from the front. She showed great clarity and leadership by characterising the atrocity as a terrorist attack. This raised a debate on whether the attacker was a lone wolf or connected to a larger movement. This is where the debate goes every time there is a far-right attack in Europe.

The monitoring of far-right groups seems less stringent than the monitoring of Muslim extremists. In the Western world too much official energies are being expended on spotting radical tendencies among Muslim communities.

Ardern hit an inclusive note and described the immigrants and the victims as ‘us’ and the perpetrator as ‘not us’. This had a positive impact on the rest of the population which turned out in great numbers to offer support and help to the victims, as well as the Muslim community at large. In her address to the parliament she refused to name the perpetrator, thus preventing him from gaining audience and publicity for his atrocious act.

The prime minister also gathered all political leaders and visited affected families which is being seen as a great act of solidarity and wound healing. No other country’s top leadership has shown such clarity and decisive leadership in such a moment of great national crisis. In this Ardern has offered a way forward in how to provide a unifying and empathetic leadership at a time of national crisis involving beleaguered Muslim minorities. This is in sharp contrast to how British Minister Theresa May acted at the time of the Grenfell tragedy. She delayed her visit to the victims of the Grenfell tower fire tragedy victims, mostly Muslim and black, in London. Even when she visited the site of the tragedy she did not meet the affected families. This was technocratic and stand-offish leadership at its worst.

Another question hanging over this tragedy was the way the police handled the tragedy. There is an inquiry now underway on the response of the police. The New Zealand tragedy shows that police can no longer take the threat of far-right white supremacist violence lightly. The monitoring of far-right groups seems less stringent than the monitoring of Muslim extremists. In the Western world too much official energies are being expended on spotting radical tendencies among the Muslim communities.

UK government runs a preventive program which has been variously criticised for its vast and intrusive reach. There is no comparable focus on far-right white extremism despite its vast outreach through the web. In the Norwegian case, the police were unable to hunt Breivik after his first act of bombing the office of the prime minister in Oslo. It took him a few hours to reach the island where the party’s youth camp was in progress. Even then he was not actively tracked. The same was the case with Tarrant who did not seem to be hunted and tracked to the second mosque where he killed another seven Muslim worshippers.

In both cases the perpetrators were dubbed clean skins which, in the language of the intelligence, meant they were not known to the law enforcement agencies before the act. This shows the failure of the intelligence and needs to be rectified with more vigorous policing of far-right groups and better intelligence gathering so that such acts are prevented. In another show of leadership on the prevention front, Prime Minister Jacinda Ardren, also pledged to make gun ownership and purchase processes tighter and more onerous. The legislation to this effect is set to be tabled in the coming week. The response of the New Zealand political leadership shines a way forward on prevention and crisis management of such senseless massacres rooted in hatred and divisions.

Making sense of a tragedy