Between flesh and fire

A curator and writer, Vali Mahlouji’s project that resurrects the red-light district ‘Shahr-e No’ of Tehran was recently on display at Rohtas 2, Lahore 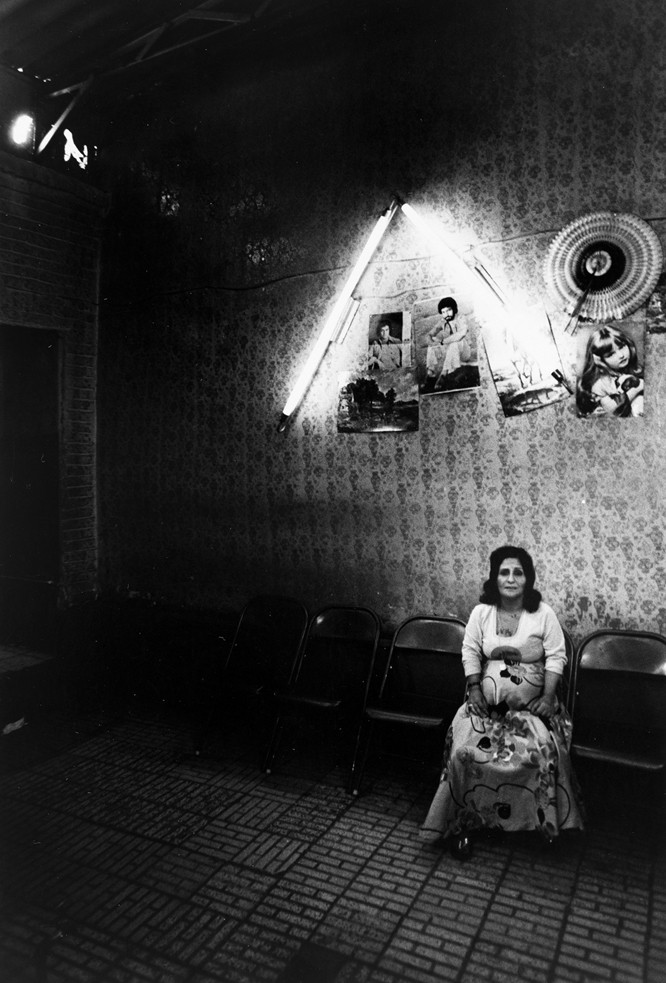 Cities produce writers, and writers produce cities. Dostoevsky from St Petersburg, James Joyce from Dublin, Quratulain Hyder from Lucknow, Rushdie from Bombay, Naguib Mahfouz from Cairo, Gunter Grass from Danzig, Orhan Pamuk from Istanbul, Haruki Murakami from Tokyo, Patrick Modiano from Paris. But a different kind of St Petersburg, Dublin, Lucknow, Bombay, Cairo, Danzig, Istanbul, Tokyo and Paris are continuously created in their fiction. An imaginative person borrows from his surroundings but returns by transforming it into something extraordinary.

Often the process is simple, amounting to collecting of data, composing it, and then presenting it in such a scheme that one discovers new content -- basically a forgotten one that was pushed aside. A creative individual culls out a segment from the archive of our collective amnesia to remind us what we really are and makes us comprehend the world around us.

Vali Mahlouji seems to be doing the same. A curator and writer, he has produced the project ‘Archaeology of the Final Decade’, an attempt to resurrect a particular neighbourhood of Tehran, the red-light district ‘Shahr-e No’ (New Town), or the Citadel of Shahr-e No. It is now the site of Razi Park, following the Islamic Revolution in Iran. The phenomenon of revolution began in January 1978 and culminated in February 1979 by toppling the monarchy and establishing an Islamic Republic.

Iranian Revolution received multiple responses around the world including some unexpected ones too. Amid hostile reactions, it was supported by a few intellectuals such as Michel Foucault who viewed it as a sign of change from the authoritarian regime of Shah. In an article published in Le Nouvel Observateur (October 16-22, 1978), Foucault observes "The situation in Iran can be understood as a great joust under traditional emblems, those of the king and the saint, the armed ruler and the destitute exile, the despot faced with the man who stands up bare-handed and is acclaimed by a people".

As Foucault claims "This image has its own power", but it also entailed a great series of suppressions certainly not envisaged by the French philosopher. Along with oppression of political opponents by the clerics-led regime, there were other atrocities towards ordinary citizens, especially women. It would be relevant to remind that a religious party/wing, whether in power or striving for it, has a specific attitude and policy towards women, which to an extent is a reflection of their worldview on ethics, morality, pleasure, sin and possession in a patriarchal society.

In a community besieged by these notions, women suffer twice -- first as a citizen like the rest and then (and more) because of being female. Any Pakistani who has survived the Islamic dictatorship of General Zia ul Haq can recall how the state machinery imposed restrictions on the ‘normal’ presence of women in media, and arts.

All these documents and videos narrate a basic pattern of human story: conflict between freedom and restriction, pleasure and pain, sin and sanctity. However these momentary collapses remind of ‘Anandi’, an Urdu short story by Ghulam Abbas, in which a civic council is arguing to shift the red-light neighbourhood far from the city centre.

General Zia came to power in Pakistan in July 1977 while Imam Khomeini, the Supreme Leader of Islamic Revolution, returned to Iran in February 1979. Besides this parallel in power shift, the two neighbouring countries had much more to share. Both had a stern policy on Islamic principles, which eventually manifested in penalising the women who did not follow state’s doctrine. In Pakistan, dance was discouraged, red-light districts were under heavy surveillance, prostitution was prohibited, and women suspected to engage in prostitution were persecuted and hunted.

The situation was similar in Iran, as seen in ‘Archaeology of the Final Decade’ at the Rohtas 2, Lahore (a project that earlier on "placed artwork in international collections including: Tate Modern, Musee d’ Art Moderne de Ville de Paris, British Museum and Los Angeles County Museum of Art"). Held from Feb 21-March 12, 2019, and in collaboration with Lahore Literary Festival 19, one comes across the chronology of an area that was a red-light ghetto since 1891. The exhibition comprises facsimiles of book covers, plans, pictures, newspaper pages, and documentaries, which address how a society negotiates with the business of flesh, fantasy and desire. It also documents how a fanatic streak -- be it in power or on the street -- subjugates women, treating them as secondary citizen. (Revolutions lauded in history have all been men’s affairs).

In the exhibition of Vali Mahlouji, a viewer sees a specific area of Tehran in different phases of history. From a map "drawn by Colonel Soleman Khan" to book covers about the Shahr-e No (1969, 2012) and film stills of Khaneh Siah Ast (The House is Black), 1963, directed by Forough Farrokhzad (feminist poet who was banned after the Revolution and whose poetry has been translated into Urdu), and photographs from the ‘Prostitutes Series, Tehran, 1975-77’ by Kaveh Golestan. The exhibition also showcases prints of newspaper articles about that area, in which one glimpses sympathetic sentiments towards these women, referred as ‘Victims of Traders’, till we are hit by the violent images of ‘Burning of Citadel, 1979’ (by Kamran Shirdel) and other such pictures of mob setting fire to quarters that housed females who provide pleasure to males in a society.

"The Citadel was set on fire Monday, 29 January, 1979, three days before the arrival of Ayatollah Khomeini and thirteen days before the victory of the revolution (with an undisclosed number of residents trapped inside) and then demolished shortly after in line with an official programme of cultural cleansing". The display in the gallery also encompasses reproductions of newspaper pages about demolition of these houses, their going up in smoke and execution of women (and some men too), along with the list of names who were sentenced to death by the Revolutionary Courts, which includes three women from the Citadel of Shahr-e No.

All these documents and videos narrate a basic pattern of human story: conflict between freedom and restriction, pleasure and pain, sin and sanctity. No one knows the outcome of these battles because at certain points in history, representatives of freedom, sin, and pleasure are defeated, however these momentary collapses remind of ‘Anandi’, an Urdu short story by Ghulam Abbas, in which a civic council is arguing to shift the red-light neighbourhood far from the city centre, carries out the plan, only to realise later that city started growing around the newly shifted red light area.

Encountering the picture of Razi Park, one conjures upon other such locations to discern that even after these women -- beautifully photographed in their misery and mirth -- were hunted, persecuted and displaced, the business of flesh continued to flourish in Tehran, as well as in Lahore, Karachi and other cities of Pakistan; affirming that one who laughs last laughs longer!

Between flesh and fire