Is it clean or not

Compliance of laws and best practices on social and environmental risk management is the essence of Article 21 of the Green Credit Guidelines. The very essence of the article seems to have been compromised in the case of coal-fired power plant in Hub 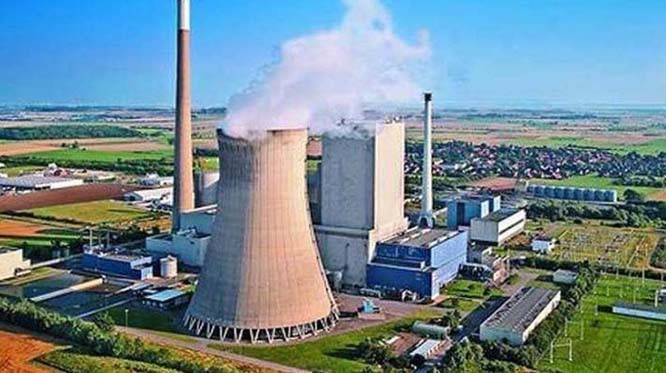 Law is generally understood as a tool to achieve justice, an ideal that has been highly cherished throughout human history. While leafing through the pages of history, however, one is disappointed to realise that the law has often, if not always, been manipulated to secure the interests of the rich and powerful at the cost of the poor and weak.

History here surely refers to the past but doesn’t exclude the present.

Disenfranchisement of the poor and weak at the hands of laws, policies and rules has become more pronounced in a globalising world, where national governments are acting more like the collaborators of foreign banks, international financial institutions, lending agencies and multi-national corporations than the protectors of human rights of its citizens.

The complex array of legal frameworks and justice dispensation mechanisms, involving these national and international collaborators, is just paying lip service to the communities increasingly losing their battles against displacement, livelihood losses, health hazards and environmental degradation unleashed by the development interventions perpetrated by the so-called upholders of laws, policies and rules.

To understand the argument in concrete terms, the coal-fired power plant in Hub, Balochistan is a case in point. The 1.995 billion dollar power plant has been financed by a consortium of Chinese banks while executed by China Power Hub Generation Company (Pvt.) Limited (CPHGC).

The CPHGC is a joint venture with equity proportion of 74 percent from China Power International Holding Limited, a state-owned entity, and 26 percent from Hub Power Company Limited (HUBCO). One of two 660MW units of the plant has recently been synchronised with the national grid while the other is likely to be completed in August this year.

The coal power plant in Hub has been supported under China Pakistan Economic Corridor (CPEC), a project of Belt and Road Initiative (BRI). The multibillion dollar BRI, a state backed initiative of Beijing, is meant for increased economic and political cooperation through an economic ‘belt’ and maritime ‘road’ between China and Eurasian continent.

Years before the commencement of Hub coal power plant, the Chinese government introduced a green credit policy. Aimed at lowering emissions of greenhouse gases, the policy was promulgated to align the activities of financial sector with the country’s domestic environmental objectives.

In 2012, China Bank Regulatory Authority (CBRC) upgraded, expanded and internationalised the Green Credit Guidelines (GCGs) to obligate its banks to comply with host country’s laws and international norms in their overseas lending. Article 21 of the GCGs, regulating social and environmental impacts of Chinese banks, states:

Disenfranchisement of the poor and weak at the hands of laws, policies and rules has become more pronounced in a globalising world, where national governments are acting more like the collaborators of foreign banks, international financial institutions, lending agencies and multi-national corporations than the protectors of human rights of its citizens.

"Banking institutions shall strengthen the environmental and social risk management for overseas projects to which credit will be granted and make sure project sponsors abide by applicable laws and regulations on environmental protection, land, health, safety, etc. of the country or jurisdiction where the project is located. The banking institutions shall make promise in public that appropriate international practices or international norms will be followed as far as such overseas projects are concerned, so as to ensure alignment with good international practices."

Compliance of national laws, international norms and best practices on social and environmental risk management is the essence of Article 21 of the GCGs. The very essence of the article seems to have been seriously compromised in the case of coal fired power plant in Hub.

Both the provincial environmental laws of Balochistan and international norms require information-sharing and broad-based consultations with community before the approval and commencement of civil works on a public or private development project.

The process for preparation of environmental impact assessment (EIA) of the Hub coal power plant has been marked by secrecy and exclusion. Thousands of local residents, having serious social and environmental concerns regarding the coal power plant, protested when they were forcibly kept away from participating in a public hearing held in March 2016 in Hub.

Muhammad Aslam Bhootani, former speaker Balochistan Assembly, who also participated in the protest and was manhandled in a scuffle between the protesters and law enforcers had said: "The public hearing is a sham when the public is not allowed to have their say. The authorities are willing to allow only 60 to 70 people inside the auditorium on the pretext of space constraints."

Since the area is heavily industrialised, the local residents of Hub tehsil in Lasbela district of Balochistan have already been facing serious health hazards due to air pollution and toxic industrial waste. Many of the industries functioning under Lasbela Industrial Estate Development Authority (LIEDA), including plastic manufacturing, auto parts, electric cables, oil refineries, textile, steel mills and power stations, do not have any system in place to treat their solid, liquid and gaseous wastes.

According to a recent survey, asthma, lung and throat cancer as well as skin and gastrointestinal diseases are quite common in the area. Addition of the coal-fired power plant along with construction of a jetty handling massive import and transportation of coal will surely complicate the health and environmental hazards by intensifying air pollution, concentration of toxic wastewater and radioactivity in the area.

Thermal releases of water along with leaching toxic water from the coal power plant will seriously affect unique marine ecology and biodiversity of the coastal area constituted by the delta of Hub River. The project will pose serious threat to the ecology of Churna Island.

Following a number of scientific studies confirming moderate existence of coral colonies there, Churna Island is under consideration to be declared protected area under Convention on Biological Diversity.

Charna Pahari, a place once the indigenous fisher folk community used for fishing or as waterway to access other fishing grounds, has now been turned into the site of coal jetty, an associated project of the coal power plant. Following the construction of jetty, fisher folks have been stopped from fishing and ferrying in Charna Pahari area, causing livelihood losses to a population of 5,000 people.

First, the land allotted for one purpose or project cannot be legally used for another purpose or project. Second violation concerns with the lack of the incorporation of the fact of prior acquired land in the determination of upfront tariff rate at the time of granting generation license.

Is it clean or not