Even if we ignore the politics involved, the story of Nawaz Sharif’s illness during his incarceration in a Lahore jail has taken on the aura of great mystery 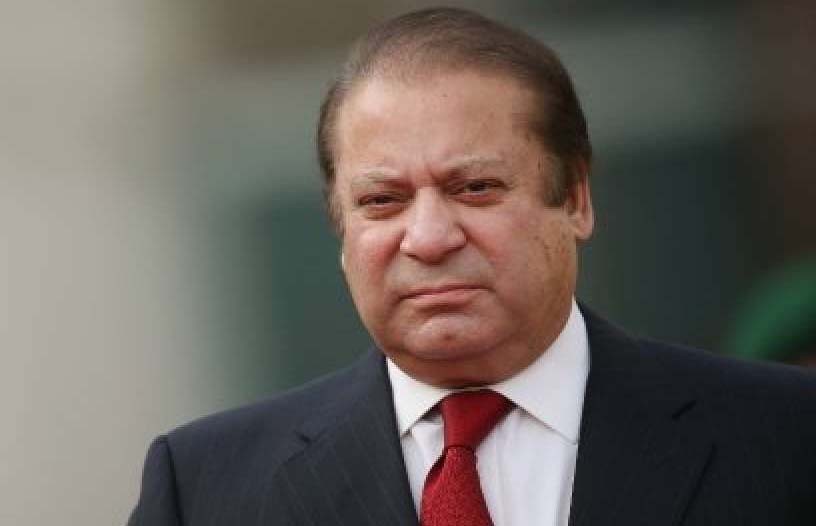 The story of Mian Nawaz Sharif’s illness during his incarceration in a Lahore jail has taken on the aura of great mystery. Is he really so sick and has something so wrong with him that he must immediately go off to London to get treated? And is whatever wrong with him such that it cannot be treated in Pakistan under any circumstances? Adding to the mystery is the question that why Mian Sahib is refusing to be treated at the Punjab Institute of Cardiology (PIC)?

Appeals in courts for Mian Sahib’s ‘release’ and travel abroad on medical grounds are pending and the honourable courts will make the appropriate decision based on legal as well as medical evidence available. And I do not wish to argue for or against any expected decision but do wish to comment on the medical issues involved.

The most important issue from my perspective is the idea floating around in the media that Pakistan does not have the facilities or the medical expertise available to diagnose and treat Mian Sahib’s cardiac problem(s).

Frankly, it is my firmly held opinion that short of cardiac transplantation, almost all other forms of cardiac problems in adult patients can now be treated effectively in most of the major cardiac centres in Pakistan.

Before I go any further, let me summarise what we know about Mian Sahib’s medical history as far as his cardiac problems are concerned. There have been no ‘official-public’ announcements from Mian Sahib or his family or his party functionaries about what surgical or medical procedures he has gone through over the years. So what I am presenting here is based on news reports and occasional announcements by his family members or political associates.

We now know that over the years Mian Sahib has undergone many (how many?) ‘stent’ procedures. Stents are medicated metal mesh tubes that are inserted into heart arteries to keep them open after what is known as ‘angioplasty’. The purpose of these procedures is to treat heart pains (angina) and prevent heart attacks.

Then we know that some ten years ago, Mian Sahib underwent what was reported as a ‘routine’ cardiac procedure called Radio Frequency Ablation (RFA) to treat an abnormal heart rhythm. During this routine procedure he developed a serious complication. This was a perforation (hole) in his upper heart chamber leading to internal bleeding that could have been fatal. This perforation had to be urgently closed to save his life. This of course required that his chest had to be opened up by a cardiac surgeon.

If it is found that one or more of the bypass grafts have become narrow or have closed down, then they could be opened up with stents. And PIC cardiologists perform more cardiac catheterisations and stent placements than almost any private hospital in London where Mian Sahib might wish to be treated.

Then of course a couple of years ago Mian Sahib underwent a quadruple bypass operation using a heart lung machine. For this he was out of active governance for more than a month even though he was the prime minister of Pakistan at that time.

I had written about it then and I will make that point once again. We have no constitutional mechanism available to have a caretaker prime minister when the elected prime minister is temporarily incapacitated. Just imagine if the recent India-Pakistan confrontation had occurred while Prime Minister Imran Khan was in London getting ‘routine’ medical treatment. I am sure Mian Sahib’s party members would be the ones jumping up and down the most if that had happened.

The reason why no details of what Min Sahib went through were ever made public was of course to preserve and present the idea that he was ‘well enough’ to rule Pakistan for his remaining term of office and if he could for another five years after that.

Now of course it is necessary for Mian Sahib and his supporters to try and convince all and sundry that he is too sick to stay in jail. The question really is if Mian Sahib is medically any worse than he was when he returned from London just before the general elections last year hoping that he would receive a major welcome in Lahore and become the unelected ‘leader’ of Pakistan.

Even if we ignore the politics involved, Mian Sahib has much to be depressed about. Being in jail is not supposed to be a picnic and sadly for him he is not even a member of parliament so he cannot get out of jail every now and then to attend a parliamentary session.

For me, however, the major worry about Mian Sahib’s health is not his heart or his political problems but rather the relatively recent loss of his wife of many years. Loss of a lifelong partner is now being realised to represent a separate and distinct risk factor for older people. And being incarcerated is definitely adding on to this risk that such loneliness brings with it.

Now to the questions I posed in the beginning. It is rather simple to determine how sick he is, but it will require tests that are considered invasive and can only be performed with the consent as well as the physical cooperation of the patient.

The basic test that Mian Sahib needs done is a ‘cardiac catheterisation’ where a thin catheter (tube) is passed up an arm or a leg artery close to the heart. Special medicine that can be seen in X-Rays is then injected into the heart arteries as well as the bypass grafts that he received during previous ‘open’ heart surgery. These injections will determine whether his bypasses are open or have closed down.

It would seem to me that Mian Sahib does not want to undergo the catheterisation test because that will establish the exact status of his heart arteries and perhaps decrease the possibility of getting a judicial decision in favour of a trip to London. And that perhaps is the reason why he avoids a trip to PIC.

If based on catheterisation it is determined that all his bypass grafts are open and working then Mian Sahib does not require any further treatment other than the pills he is already taking. And there are enough very competent medical heart doctors around that can ‘optimise’ the medicines he is taking to improve his condition.

If it is found that one or more of the bypass grafts have become narrow or have closed down, then they could be opened up with stents. And PIC cardiologists perform more cardiac catheterisations and stent placements than almost any private hospital in London where Mian Sahib might wish to be treated.

The third possibility is that many, if not all, of Mian Sahibs bypass grafts have completely closed down. Then he might actually need another bypass operation. As a heart surgeon I feel that even the most experienced surgeon in Pakistan will rightfully avoid operating on Mian Sahib necessitating a trip to London or better to the Cleveland Clinic in the United States.

So, in my opinion Mian Sahib should undergo a cardiac catheterisation in PIC or any Pakistani hospital he wants after which it can be decided properly what needs to be done and where it should be done.