The dynastic rule of Nehru family 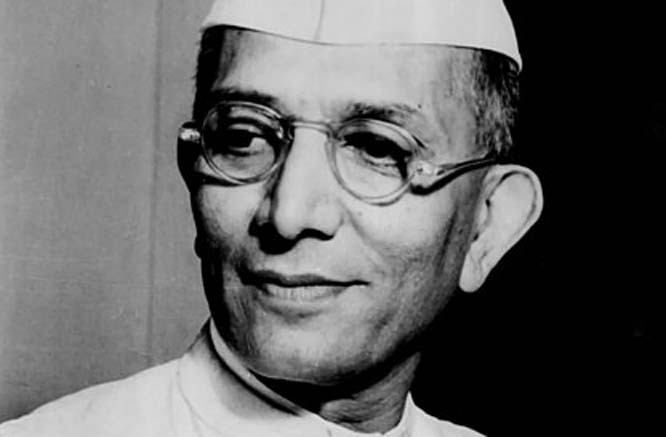 When Lal Bahadur Shashtri suddenly died in Tashkent (Uzbekistan) on January 11, 1966, the leadership of Congress party as well as the premiership of India reverted to the Nehru family. The Shashtri interlude was just 18 month-long. Nehru’s daughter Priyadarshini Indira Gandhi and former chief minister of Bombay state and senior Congress leader from Gujarat with staunch Gandhian leanings Morarji Ranchhodji Desai (1896-1995) were contenders for the top-slot. Indira Gandhi won the contest with the big margin and the dynastic rule of Nehru family got underway.

To my reckoning, the first and most crucial setback to Indian democracy came when Indira Gandhi was returned victorious in that contest. Hypothetical propositions are what historians mostly tend to avoid employing while analysing any situation; but, just for argument’s sake, if instead of Indira Gandhi, Morarji Desai was made India’s third prime minister, how would India’s democracy have fared is indeed an interesting question for a serious student of politics. Had it happened, one may argue, the democratic tradition would have found added strength.

With respect to Congress, it can be said with the benefit of hindsight that its appeal would have increased beyond Northern India. For many political analysts, Uttar Pradesh connection of Congress’ top leadership impaired its all India image and political appeal.

More importantly, Desai could have prevented Congress from succumbing to Nehru’s charisma, which in subsequent years completely took over Congress. Thick shadows of Nehru’s charisma have become an indelible feature of Congress that proved detrimental for party’s democratic credentials, and also resulted in the contraction of its popular appeal. Gandhian as Desai was, he could have broadened the ideological scope of Congress by preventing it to be the carrier of the Nehruvian vision only. Thus, the democratic process within Congress was compromised at the altar of Nehru’s personal charisma.

It was unfortunate not only for Congress but also for India’s democracy in general that the party which founded India was reduced to a family possession. Indira Gandhi’s promulgation of emergency and the motives behind its imposition make perfect sense if studied in that perspective. She was allergic to dissent which is an essence of democracy. Thus, Indira and democracy were antipodal to each other.

A close reading of India’s political history reveals that any dissenting voice, irrespective of the stature or services of dissenter for the party, was forced out of Congress. Morarji Desai, Inder Kumar Gujral (1919-2012),Vishwanath Pratap Singh (1931-2008) started their respective political careers with Congress but eventually all of them parted ways with it, simply because the party leadership was not ready to entertain such individuals. These people could pose direct challenge to the arbitrary hold of Nehru family on the Congress. It was quite ironic because the Indian National Congress, prior to independence, had a number of leaders of almost equal stature and, despite some bickering among them, each one had a measure of acceptability for each other. Nehru and Vallabhbhai Patel had very little in common, but no one ever tried to elbow the other out of the party ranks.

Murarji Desai too was Brahman by caste, but his pacifist bearing and Gandhian bent would have come in handy in the resolution of several outstanding issues between India and its neighbours. One may also surmise that the geographical contours of South Asian region would be different if Desai had got the chance of ruling India at the right time.

But the more crucial aspects are the phenomena of caste and communalism, which Congress leadership never cared to address despite its reign having spanned for several decades. Instead, it played out caste and communalism to its own political advantage as and when it could. The first initiative in that direction was taken by Desai when he was prime minister for very brief period. The Mandal Commission, or the Socially and Educationally Backward Classes Commission (SEBC), was established on January 1, 1979 by Morarji Desai’s government with a mandate to "identify the socially or educationally backward classes" of India. It was headed by the late Bindheshwari Prasad Mandal, an Indian parliamentarian from Northern Bihar, to consider the question of reservations for people to redress caste discrimination. It used eleven social, economic, and educational indicators to determine backwardness. In 1980, based on its rationale that OBCs (Other Backward Classes) identified on the basis of caste, economic and social indicators comprised 52 percent of India’s population, the Commission’s report recommended that members of OBCs be granted reservations to 27 percent of jobs under the central government and public sector undertakings.

Mandal Commission Report was completed by 1983 but it had not been until V.P. Singh as Prime Minister took it to himself to implement the report in August 1990, which led to widespread student protests. It was thereafter provided a temporary stay order by the Supreme Court, but eventually implemented in 1992 in the central government. After the passage of Indian Constitution, Mandal Commission Report can be underscored as the most important document, produced by the Indian state and its credit goes to anybody but Congress leadership.

Ironically Congress, after Nehru, did not do anything worthwhile that could ensure the social amelioration of the people. It just ruled India in the name of Nehru. Rajiv Gandhi has been hailed by none other than Kuldip Nayyar in his autobiography as someone equipped with the potential to be the political leader with extraordinary acumen. The way he handled the situation in the Punjab through Rajiv-Longowal agreement is flagged as a testimony of Rajiv’s persuasive power and the skill to negotiate with difficult opposition. However, his messing up of Babri Mosque issue and then the way Shah Bano case was resolved, many analysts seriously reckon, instilled indignation among the Hindus. The secular ethos was badly mutilated which became the cause for Vajpai, Advani and Narendra Modi to enmesh religion with politics.

The rise of BJP and RSS was the outcome of the political policies and preferences of Congress. A single-party rule for so long can only yield what we witness in India right now. That is a logical corollary and Congress cannot be exonerated from it.