"Not about mainstreaming organisations but individuals" 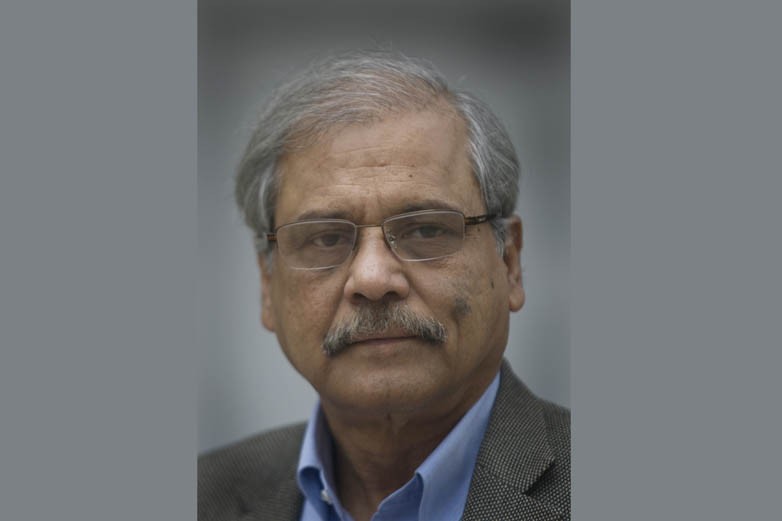 The News on Sunday: Can you give us a sense of the term mainstreaming in Pakistan’s context and its evolution. Was it ever conducted in earnest by all stakeholders?

Zahid Hussain: The launching of the Milli Muslim League (MML) before the general elections was an attempt by the security establishment to bring in JuD and LeT into mainstream politics. The move provoked criticism from inside and outside the country.

The party’s motto of seeking guidance from Hafiz Saeed left nothing to the imagination about the MML’s political orientation, though it tried to present itself as a "centrist" and "moderate" political forum unassociated with religious politics. But its entire campaign in the NA 120 by-election in 2017 had revolved around its radical jihadist ideology. Despite the Election Commission’s refusal to register it, the party continued to campaign for the candidate it supported in the general elections under a different banner. Banners with life-size portraits of Hafiz Saeed, the founder of the outlawed militant group, Lashkar-e-Taiba, and radical slogans in violation of electoral laws bore testament to its real face.

It raised some relevant questions not only about the rationale behind this undefined and controversial policy of mainstreaming the outlawed militant groups but also the way it was being done. There was surely no national policy in place, adding to the confusion about whether the integration of militant outfits into the mainstream is driven by security agencies. Such moves not only brought under question our national counter-extremism policy, they did not help satisfy the international community.

Yet another example of this arbitrary policy of mainstreaming sectarian extremist group is Tehreek-e-Labbaik Ya Rasool Allah (TLY) that owes its allegiance to Mumtaz Qadri, the convicted and executed murderer of former Punjab governor Salmaan Taseer and led by firebrand cleric Maulana Khadim Rizvi. Though the party could not win a single National Assembly seat, it made a major difference in many constituencies.

A major question is whether there is any legal process through which the hardcore militants are allowed to participate in elections. Indeed, there are precedents where the state has given amnesty to insurgents giving up violence, e.g., in the case of the Irish Republican Army (IRA) in the United Kingdom. But that option was mostly for fellow travellers or those who had not been directly involved in acts of terrorism. The same rule cannot be applied to a militant group. In any case, there is no state policy of mainstreaming militant groups that has been announced.

TNS: In the last general elections, Milli Muslim League and Tehreek-e-Labbaik Pakistan contested for both national and provincial assemblies. Would you consider this an attempt at mainstreaming of the good militants by the state or was it a voluntary rethink on the part of these groups?

ZH: Yes, it was an attempt by the security establishment to [project] them as mainstream political parties. There are certainly examples of various countries where insurgents are given amnesty after they lay down arms. But they have to go through a legal process before being allowed to become part of mainstream politics. In the case of the MML, no such process was followed. Indeed, its leaders may not have taken up arms against the state, but they have allegedly been involved in terrorist activities outside the country. This raises serious doubts about whether we really are committed to our pledge of not condoning any kind of terrorism.

Security agencies contend that it is imperative to reintegrate reformed jihadists into society. According to them, there are thousands of well-trained former militants who are to be brought into the mainstream. Allowing them to be part of the political process will help de-radicalise them. It is better if they are involved in overt political activities rather than operate clandestinely, they say. The greatest nightmare for the security agencies is that former LeT militants disintegrate and join terrorist groups in fighting the state.

There have also been some suggestions that those having renounced militancy should be accommodated in government and private-sector jobs. But arbitrary decisions about mainstreaming militancy could be extremely damaging.

TNS: If the jihad project recruited the unemployed youth, particularly from Punjab and KP, will providing employment be the first consideration to bring these militant cadres back to society? What avenues do you see are open for them? Is recruiting them as part of police or paramilitary an option?

ZH: Surely, there should be a policy to reintegrate former militants who renounce jihadi ideology in the society. The government should also make a policy to help them develop skills so that they can get jobs. All this should be done through a process of de-radicalisation. There is always a danger of them getting back to militancy if they are economically marginalised. But it will be extremely dangerous to absorb them in law enforcement agencies.

TNS: These organisations and the militants are ideologically motivated, have publications to disseminate that ideology and also run seminaries. When we talk of mainstreaming them, how does one deal with the ideology part?

ZH: It should not be about mainstreaming banned militant organisations but individuals who have renounced jihadi politics. There has to be a de-radicalisation policy. It is imperative to reintegrate reformed jihadists into society. There are thousands of well-trained former militants who are to be brought into the mainstream. Allowing them to be part of the society will help de-radicalise them. There are suggestions that those who have renounced militancy should be accommodated in government and private-sector jobs.

TNS: Is mainstreaming as we hear about it in recent days a calculated state policy which will last beyond the current calls for action by organisations like FATF?

ZH: There is certainly greater resolve now to wind up the jihadi outfits and their offshoots because of domestic and external compulsions. The timing of the action is extremely important. Last year, the global watchdog, the Financial Action Task Force (FATF), had placed Pakistan on grey list for failing to take adequate steps to prevent terror financing and money laundering. There is looming threat of the country being blacklisted if we failed to strictly implement anti-terror measures.

Moreover, Pakistan now faces much greater international pressure in the aftermath of the recent India-Pakistan crisis.

The interview was conducted via email

"Not about mainstreaming organisations but individuals"