Trying to unpack the term and its evolution in Pakistani context 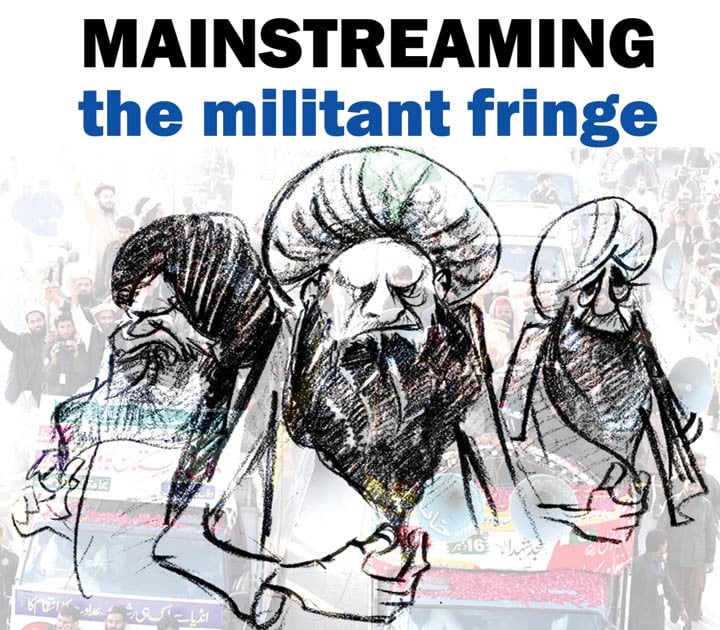 Of the many things that have happened in this country post Pulwama, other than of course the escalation of tension between India and Pakistan bringing them to the brink of a war, one is the renewed commitment to "mainstreaming" of militant groups and their cadre. Interestingly, this comes alongside the crackdown on a few banned organisations and the state machinery taking over their establishments, without as they say much resistance.

Irrespective of what the world might think and blame Pakistan for, the militant fringe is big enough to be a source of real concern for the policy makers in this country. To wish them all to become useful and peace-loving members of society one fine morning is being a little too ambitious. Hence, different ways and means to appease them were tried in the last two decades. Would all that constitute what we today know as mainstreaming?

In our Special Report today, we at The News on Sunday try to unpack the term, its evolution in the Pakistani context and how is it connected with or different from deradicalisation, disengagement, reintegration and even dialogue. Beyond the semantic concerns, mainstreaming as a policy and ownership of that policy have also been dealt with in our reports and interviews.

One of the opposition leaders in the National Assembly, Bilawal Bhutto Zardari, raised the issue in his speech in the parliament. But Amir Rana, an expert on militancy, as well as other experts in law enforcement agencies also see a crucial role of the parliament in implementing any policy regarding mainstreaming of individuals belonging to banned organisations.

It has been rightly pointed out that the National Action Plan proposed through a rare civil-military consensus made no mention of going soft on militancy. But this is not to suggest that the issue cannot and should not be open for debate again. More so because in the last two years, some banned organisations were allowed to contest elections in a manner that impacted the results, and was largely seen as a political engineering of sorts to keep certain political parties out of power.

Will the mainstreaming make a distinction between good and bad militants? Will there be amnesty for organisations too or individuals only? Mainstreaming of militant fringe is a complex and long term affair. It needs serious deliberation and commitment. Our Special Report today attempts to find a direction in this regard.