When treatment is stigmatised 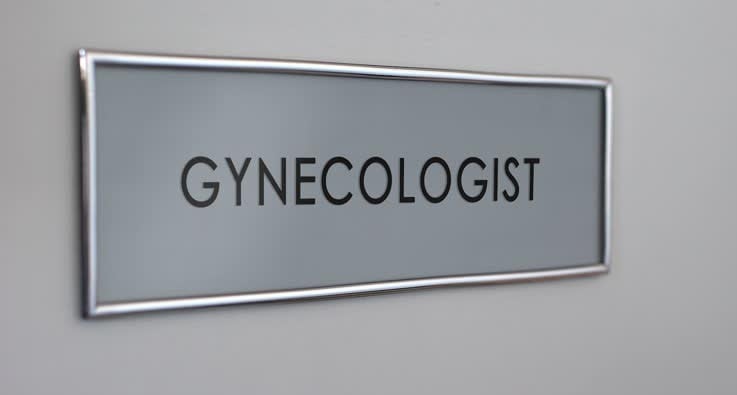 According to the World Health Organisation (WHO), women should first visit a gynecologist during teenage. It’s recommended that after that all women have yearly routine check-ups with their doctor, apart from more visits when trying for a baby or during pregnancy.

But Pakistani women, by and large, are not going to gynecologists as per international guidelines, or even as needed. In an informal survey conducted among university-enrolled women aged 20-25, only 16 women out of 60 had ever been to a gynecologist’s office for an appointment, meaning almost 8 in 10 young women had never had a routine checkup. The low level of visits is also clear from patient outcomes.

For most women, their first time visit to a gynecologist is when they are already pregnant. Ayesha, a 24 year old arts student, described how late last year, she thought she had a UTI (urinary tract infection) because of burning while peeing but hesitated to get treatment because her mother would assume it meant she was sexually active. She kept delaying and her condition worsened till the infection nearly reached her bladder. Of course, UTIs can be passed along in a variety of ways, including, but not limited to sexual activity, but Ayesha’s mother is not alone in her ignorance.

This is a scientific occurrence as well as a sociological one; the gynae’s office is seen as a place a woman goes to when she absolutely has to, when she is with child and the biological reality of her private parts cannot be ignored in favour of pious repression any longer. The rest of the time, women are invited to act like their reproductive organs don’t exist.

The shyness to speak about our bodies may have a variety of justifications, but it becomes dangerous when it extends to healthcare and restricting access to it. Many women, upon feeling that something is wrong in their reproductive system, ignore it and refuse to seek out a doctor. This is compounded by the attitudes of families and elders.

Pregnant women seen in the KKB clinic, for example, are told to make bimonthly visits to the gynecologist, with weekly visits in the last month. Khalda, a schoolteacher, explained that she could not possibly come so often as her mother-in-law had made even this visit difficult for her, claiming that there was no need to see this kind of doctor. This hints at a larger bias when it comes to who families send to the doctor and who is more likely to receive healthcare when sick. In many developing countries, studies show that parents and families are more likely to take boys to the doctor when sick, and assume that girls will just get better on their own.

Furthermore, many women are not even aware that pain or irritation is resulting from gynecological issues, since the widespread hush-hush attitude around gynecology results in a lack of awareness of symptoms of common illnesses. Our taboo attitude makes it so that a woman with an ovarian disease could assume it’s a digestive problem or ignore the pain for years, without ever going to consult a gynecologist. Because we have drilled into women for their entire lives that their bodies and their reproductive systems in particular are something to be ashamed of, women are often deeply embarrassed when they have gynecological issues, and many put off going to a gynecologist because of a mix of shame, confusion, and fear of telling the elders/men in their families about the visit.

According to Dr. Javeria Anwar, an Aga Khan graduate, "Women in the OPD come to us at late stages in their illnesses, or not at all. This drastically reduces the medical help they can get, and often their conditions are worsened because of the general stigma around these issues."

Gynae visits, instead of being seen as matter-of-fact health checkups, get the cloak and dagger treatment; women have to lie to their families about what kind of doctor they’re seeing, clinics whitewash the signs outside so they have blank nameplates, and women in the waiting room look down, weighed down by a palpable sense of shame.

The conventional wisdom is that gynecologists receive only pregnant or married women. However, regardless of what one might think about women’s sexuality, it is a medical fact that there are a variety of reasons for unmarried women to see a gynecologist.

When women are unmarried, they’re not supposed to think about or engage in sex, but this doesn’t make their actual bodies disappear. The actual organs are still there in most women’s bodies, and, like all body parts, something can go wrong with them. PCOS (polycystic ovary syndrome) has been on the rise worldwide in young women and the disease is exacerbated by an unwillingness to take women’s pain seriously.

Often, the first question for patients is how long they’ve been married. But even before a woman is married or sexually active, her reproductive organs exist and there are a range of illnesses which can occur. Dr. Ali Adus says, "It’s a misconception that women only need to see a gynecologist when expecting," explaining that there are multiple issues before marriage or pregnancy that require medical attention: PCOS, ovarian cysts, pelvic pain disorder, UTIs, adenomyosis, vulvodynia, Meig’s Syndrome, Vulvar vestibulitis syndrome, yeast infections, vaginitis, papillary hidradenoma and cervicitis.

It’s not just about modesty, honour, or whatever a person’s religious beliefs may be: women’s health is at risk when their reproductive systems and seeking treatment for them, is stigmatised.  So determined is Pakistani society that anything to do with vaginas is terrible and secret, they forget that vaginas aren’t hidden in covens of Satan somewhere but attached to human bodies. Ovarian cancer is the second most common cancer in the country. PCOS (polycystic ovary syndrome) is on the rise among women. The medical problems will not go away simply because it makes us uncomfortable to talk or think about them. It begs the question of which is more important to Pakistanis; women’s lives, or fitting a shroud of silence around them.

When treatment is stigmatised