Behind the crumbling edifice

The fiction of Shaukat Siddiqi 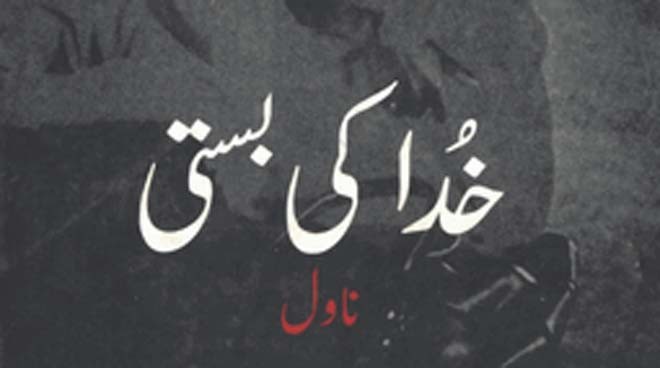 It has been said that in the universe, life or matter, is sustained by an interplay of information; graduated, of course, from the highly intricate to the commonplace and even the dreary. Literature also, whether in verse or prose, is a to and fro of more or less sustainable information. You pass on what you know to others who know things differently and are startled by the new or eccentric information they receive.

Once upon a time, which now appears distant, when leftist attitudes flourished and progressive writers dominated the literary scene, Shaukat Siddiqi had made himself known as a short story writer of some promise. His stories were politically, or should one say ideologically, correct, siding with the down-and-out masses and deriding, in a quiet manner, the exploitative rich.

He hurtled to fame, meteorically, with the publication of Khuda ki Basti, a novel which turned out to be a runaway success. Its serialisation on the tv helped make it doubly popular. It was translated into many languages. An English translation, slightly abridged and entitled God’s own Land, by David Mathews, a senior staff member at the SOAS, may still be available. Khuda ki Basti, with its sympathetic portrayal of the lower middle class and the poor, is arguably his best work. At ease, or at least in tune with, the climate and temper of his age, he assumes a commonsensical approach which never panders to excessive politicised accentuations. An earnest writer, to put it plainly.

A second novel Jangloos, a very long and rambling affair, with southern Punjab as its backdrop, and a remarkable ending, is no less interesting, but its prolixity lacks the compactness of Khuda ki Basti. The prose in both of his novels is neat, without rhetoric. There is no place for stylistic niceties in his fiction. The depiction of the slums or existence at a wretched level, however, is snappy enough. These novels still matter because the societal ills which are inherent in their fabric have, in fact, become worse in Pakistan with the passage of time. We need new, brutally realistic novels to indict a country sailing unconcernedly across a new century.

It would not be out of place to briefly mention two of his stories which stand out. ‘Teesra Aadmi’ is about a reckless troubleshooter whose criminal behaviour suits his boss perfectly but when the crunch comes he is sent packing without any remorse. It is a rollicking read most of the way. The ending is rather unsatisfactory. In ‘Khaleefa ji’ a naïve, young man, belonging to the middle class and adhering to its preconceived notions of good and evil, completely fails to grasp the fact that even the criminals have their code of ethics and abide by it with a fanaticism that the so-called decent sections of society can’t even dream of. A clash of values in which the young man ends up as a loser.

His third novel, Chardeewari has nothing to do with Pakistan at all. It is set in old Lucknow. The period is indeterminate. It would be a good guess to say that the events in the novel may have happened during the first or second decade of the 20th century.

The novel, fairly lengthy, nearly 660 pages in all, is a peculiar mélange. It skirts gothic fiction but the eerie events which take place in it are not supernatural, although at first, they seem to be so. They are invariably explained away as the work of human ingenuity or trickery. The main characters belong to the former nobility, living in the afterglow of lordly existence with its attendant riches.

The prose in both of Shaukat Siddiqi novels is neat, without rhetoric. There is no place for stylistic niceties in his fiction. The depiction of the slums or existence at a wretched level, however, is snappy enough.

The narrative is staggered, with flashbacks, asides and quirky twists and turns. The focus is on a class in decline. Its relatively well-off members, together with those who hover on the edge of penury, are shown as superstitious, venal, greedy and much given over to litigation. We have met these people before in the fiction of Ratan Nath Sarshar and Mirza Rusva. The only difference and a significant one is that Sarshar in particular and Rusva partly are alive to the comic possibilities or elements in the events, an insight which renders their characters less insufferable. Shaukat Siddiqi barely manages a smile and the conspiratorial agendas in the novel are pursued mirthlessly. Even at places, where a lighter interlude could have been diverting, Shaukat Siddiqi remains stolidly glum. Maybe he thought that it would be realistic to underline the grimness of the circumstances. To be fair to him, however, the characters which have been lined up here have in them very little of what can be termed as joie de vivre.

The main character is Talat Ara, the only child of a very rich widow, and remains absent from the stage for an inordinately long time, is shown as pretty and extremely gullible and is tricked into believing that she is loved by a prince from Koh Qaf, the legendary realm of supernatural beings. Yet in the end, without any convincing explanation, she becomes a worldlywise woman, as hard as nails. A turn-round which seems specious.

Another woman, Arjumand Sultana, the princess of a local state, gives Talat Ara a close run for her money. Can she be regarded as the protagonist? It is a toss-up really. Arjumand is psychopathic. There is something definitely wrong with her. What may be wrong is hard to fathom. Is she a sadist or a voyeur or merely frigid, locked up in her self-deluding fantasies, a man in a woman’s body? She likes to dominate but cannot love. She frustrates others in order to show that she is in control. She can even order young men to be shot dead without a show of regret. Finally, she commits suicide.

What about the handsome Qaisar Mirza, who pretended that he was a prince from fairyland? Well, there is nothing left for him in the end, no success in love and no wealth either. Talat Ara has become a belle sans merci. The gold that mischievous fairies hand out is eventually found to be nothing but lumps of coal.

Behind the crumbling edifice