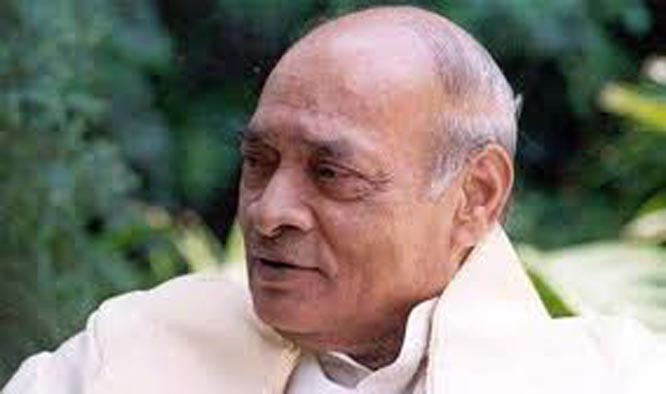 In looking at the ebb and flow that India’s democratic experience underwent, a simple but extremely important question pertains to the very structure of Congress Party and its governance. Even though the Congress leadership, from Nehru to Rahul Gandhi and Priyanka, stuck with the mantra of secularism and plurality, it did help the casteism to entrench itself, even if unwittingly.

It is an incontrovertible fact that prior to Manmohan Singh, all the prime ministers hailing from the ranks of Congress were Brahmans by caste. Even when Manmohan Singh was the prime minister, all the affairs of the state were stage-managed by legatees of Brahmans. With the much trumpeted politics of secularism and norms of social democracy, the girdles of caste could not be unhinged by the Congress leadership.

Saeed Naqvi, in his book Being the Other: The Muslim in India, while analysing the caste and the communalism as two fundamental features of Indian power politics, traces a chip that Narasimha Rao carried on his shoulder. At this point, a brief introduction of Narasimha Rao will be pertinent.

Pamulaparti Venkata Narasimha Rao (28 June 1921-23 December 2004) was India’s ninth Prime Minister from 1991-1996. He was born in a Niyogi Brahmin family in the village of Vangara, Bheemadevarpalle Mandal, in Karimnagar District, now in Telangana. His ascendancy to the prime minister-ship was politically significant because he was the first holder of this office from a non-Hindi-speaking region, belonging to southern India, Telegu being his native tongue. But coming from the South had a downside which, according to Naqvi, proved very crucial. With his origins in Andhra Pradesh, and despite having served there as chief minister, Congress had been pushed to political marginality in the face of N.T. Rama Rao’s charisma and the mass appeal of his Telegu Desam Party.

One may argue that Narasimha Rao’s waning political influence in his own state was a poor reflection on his stature and credibility as a national-level politician. Looking at it with hindsight, his elevation to the top slot in the midst of horrendous difficulties defies logic. When he was made prime minister of a minority government and had to cobble up an uneasy alliance with an assortment of different regional parties, Narasimha Rao was not able to wield any substantive influence. No wonder his tenure was lackluster, and he was spineless as a prime minister.

There was lack of political support for him in the Hindi belt, even among the ranks of his own party. Consequently, he resorted to deploy ‘caste’ as a political ploy which flouted even the limits set by his party. Thereafter, ‘caste’ derived added significance as the determinant of Indian politics, which also reinforced the social hierarchy sanctioned by Hinduism, thereby reinvigorating the role of religion in politics. With caste hierarchy so entrenched in the body politic and religious identity having pervaded to the very core of the social structure, in such a socio-political landscape, the possibility for the democratic system to strike roots seems fanciful if not outrightly preposterous.

Rao’s term as prime minister is considered by some as "an eventful one in India’s history"; besides marking a paradigm shift from the industrialising, mixed economic model of Nehru to a market-driven one. By inverting the economic model of Nehru, Rao unravelled his socio-political ideology as well. But more importantly, his years in office also witnessed the emergence of the Bharatiya Janata Party (BJP), a major right-wing party, as an alternative to the Indian National Congress which had been governing India for most of its post-independence history.

Rao’s term also saw the destruction of the Babri Mosque in Ayodhya in Uttar Pradesh (on Dec 6, 1992) by the operatives of Vishva Hindu Parishad (a Hindu nationalist organisation, founded in 1964) when BJP’s Kalyan Singh was chief minister which triggered one of the worst Hindu-Muslim riots in Indian history since its independence. Liberhan Commission, after extensive hearings and investigation, exonerated PV Narasimha Rao. But many see him in collusion with those who went on to demolish the Babri Mosque.

If anyone from within the Congress inverted the Nehruvian vision of India, it undoubtedly was Narasimha Rao. He was the most significant contributor in the entrenchment of the Hindu right. Another deviation from the policy framework laid down by Nehru was in the realm of foreign policy. It was in January 1992, when Rao was in the saddle, that India established its diplomatic relations with Israel. Ever since, the Indo-Israeli nexus has moved from strength to strength. Indian unequivocal support for the Palestinian cause has become a saga of the past and, according to Robert Fisk, it has now become the biggest client state of Israel.

It is interesting to note that India voted against the partitioning of Palestine plan of 1947 and Israel’s admission to the United Nations in 1949. These options exercised by the founding fathers of India explicitly pointed to their foreign policy imperatives with respect to the Middle East and the Muslim world. Conversely, various proponents of Hindu nationalism lent full support to Israel’s creation.

The promulgation of emergency by Indira Gandhi (June 26, 1975 to March 21, 1977) was, of course, a condemnable act but Indira was voted out because of her and her son Sanjay’s insatiable urge for power. After that incident of usurpation of power, history didn’t allow anyone else to repeat that act. But reinforcing of the caste and communalism under Rao has had long term implications.

Sometimes, decisions are made in a single fleeting moment, but history takes centuries to undo the horrific outcomes transpiring from those decisions. India will have to tread as difficult a climb as Sisyfus to set things right. But, sadly, Sisyfus never succeeded in his objective of reaching the top of the hill and slid back to square one each time he was close. Likewise, Hindutva as an ideology may cling onto the Indian polity for many years to come.

To go back to Indira Gandhi, she played a different kind of role to the detriment of democracy in India. To my reckoning, her role as the holder of Nehru’s charisma, besides establishing dynastic rule and also reducing Congress into a family affair, had been far more decisive in undermining the ideals set by Nehru and his comrades. Therefore, it would be fair to say that Congress must blame its own leadership and not Narendra Modi alone for India’s woes.