The making of a beggar nation 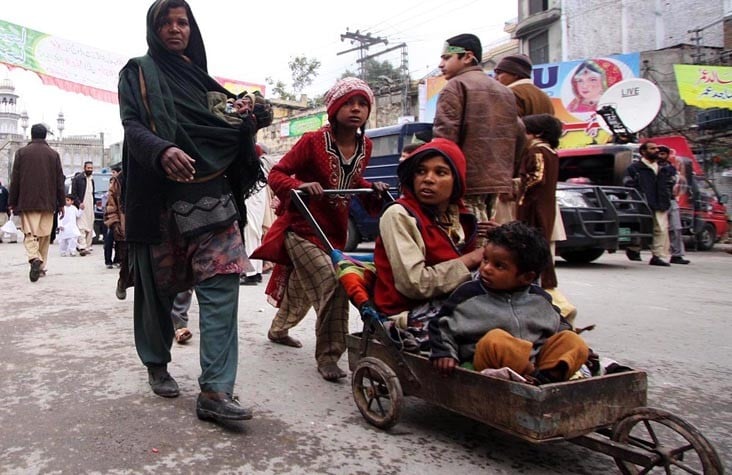 As I open the door to drop off my son to school in the morning, the society’s sweeper cleaning the street outside, conveys his salam and as our eyes meet, he says, "can you give me some change for tea as its cold today". Every couple of months as one phase of my electricity goes out, the service team that fixes this recurrent problem also wants some money for tea. Similarly, the door keeper of the bakery that I get bread from shares a similar salam with his eyes on my wallet as I leave the shop after paying my bill.

Both the frequency and intensity of these salams increase as Eid approaches. Even a visit to a high end restaurant is no different as the guard helping with parking asks for a tip even though you have paid a good amount for the meal along with tip. The culture of an otherwise professional workplace is no different as the menial staff who ought to be ones colleagues, expect money on Eid and their responsiveness improves with such expectations. Even the elitist clubs of the city which otherwise boast of regulations against tipping have not been immune to this changing culture and their waiters also expect a tip from members.

The above are a category of relatively better off salaried workers as compared to vast sections that do casual work like the daily wage workers. It is thus no surprise that one has to be heartless to enjoy an evening out at a restaurant or a coffee shop as one is bombarded with swarms of vendors and beggars adept at emotional blackmail.

So what explains this reality and is it really worth discussing?

The first aspect that informs our understanding of this reality is the current structure of work under the prevalent neo-liberal order whereby inequality of income between a factory worker and a general manager, and between a news reporter and a media executive are accepted norms, justified on the basis of valued skills for profitability rather than a collective institutional ethos valuing humans as much as profits. However, the same can be said about the non-profit or public sector in comparing incomes and perks of grade 1 versus grade 22 government officers.

This inequality increases in salience because minimum wage of Rs15,000 fails the decent wage criteria and is actually below the poverty line. But it becomes more pronounced as more than 90 percent of the labour force is in the informal sector for whom even minimum wage does not apply. So, who is to say whether any of the above workers asking for money are actually formally employed enjoying minimum wage, gazetted holidays, medical insurance and social security.

An important reason for this situation is that only 2.2 percent of the Pakistani workforce is unionised. Out of the 7,000 unions, only 1,800 have a collective bargaining agreement, which provides them a formal channel to negotiate their non-liveable wage. Thus, the second aspect that makes sense of our reality is the extremely weak labour movement which leads individual workers to beg instead of asking for their collective rights.

This inequality increases in salience because minimum wage of Rs15,000 fails the decent wage criteria and is actually below the poverty line. But it becomes more pronounced as more than 90 percent of the labour force is in the informal sector.

The third aspect constitutes the behaviour of privileged sections of society. The big hearted citizens living in bungalows and driving imported cars facilitate this begging economy but refuse to pay their due share (taxes, custom duties and regulations according to law) which can support welfare oriented state initiatives for the poor.

The government also fanfares its youth policy of bribing university students through free laptops rather than programmes ensuring their right to quality education or for job generation. Even the funded NGO sector has led to further depoliticisation because of its patron-client structure rather than strengthening worker rights based collectives, thus weakening labour unions.

The above aspects are sustained by both the structure and hegemonic discourse of the security state and a society dominated by feudal culture, which treat "rights" as a cuss word and those demanding it as traitors, provocateurs and lately agents of hybrid warfare. While the security state disregards, demeans and negates "human security" for its strategic calculus limited to traditional security, it also continues to beg for money. The feudal mind fixed on personalised hierarchy above any law, provides material benefits to the downtrodden but cannot accept their genuine rights. So domestic workers can be helped materially but their rights as workers including minimum wage, overtime payment and social security are beyond society’s comprehension.

Who is to blame for forcing a vast segment of the population into begging for money rather than improving their performance and productivity. Our current state-society structures abhor the human dignity required for a work ethic that can lead to collective progress.

The making of a beggar nation