Where do we stand today?

Time to unpack the notions that Pakistani women are fast progressing in terms of visibility, economic participation, women-friendly laws and increasing access to education 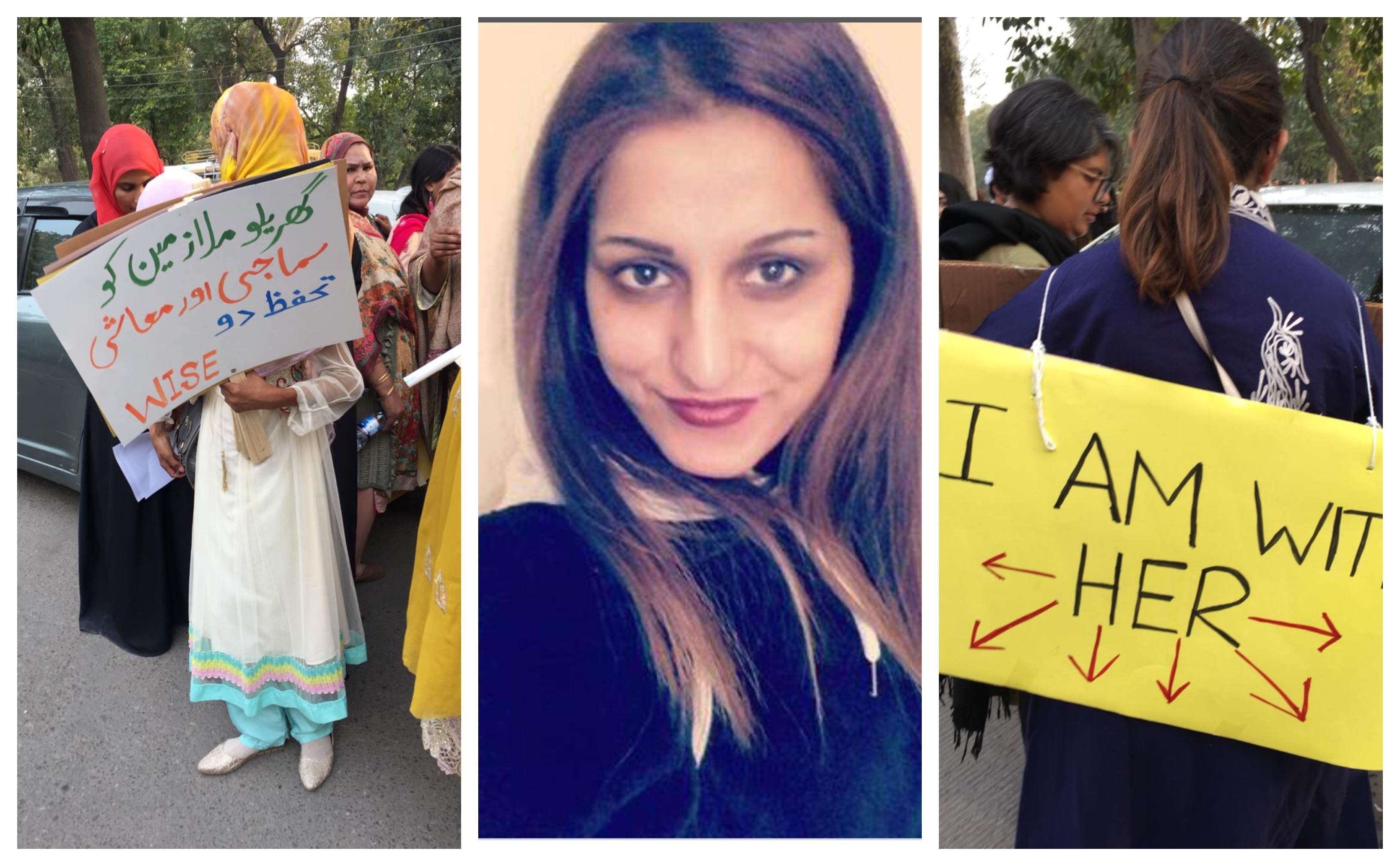 The walls of the Dar-ul-Aman (Women’s Shelter) in Lahore are ten feet high and its metal gate is shut fast, giving it the look of a jail. Once you step inside, the impression that you are visiting a prison is only cemented further: women are not allowed to leave the premises, they cannot have mobile phones with them and many sleep on makeshift beds at night because the centre is forced to operate beyond capacity.

Till a court dispenses with their case or they decide to opt out of the institution altogether, the women who come here essentially become inmates for attempting to escape domestic violence and abuse. Very few of these women are skilled workers and the possibility that they may be able to fend for themselves if they were to permanently escape the violence they have left behind is almost non-existent.

They come to the Dar-ul-Aman sometimes for a day or a week and can extend their stay to three to five months, but the ultimate solution for them is to either reconcile with their abusive families, wait on the man they are in a relationship with to do the ‘honourable thing’ and rescue them from the shelter by marrying them, or to try to fend for themselves without any skills or education in a country where living independently is a pipe dream even for women at the top of the food chain. The shelter in Lahore has a capacity of around 50, but at any given time 70-90 women crowd the place. At the time I visit around noon many of these women are huddled together on the floor in a room where they are meant to be attending a life skills class, but it doesn’t seem to be taking place at the moment. Only one out of 40 of these women knows how to stitch, two say they have some beautician training. Of the nearly six million women that live in Lahore, there is just one government shelter with a capacity to accommodate 50 women at a time.

Pakistan ranked the second worst country in the world in terms of gender parity in the ‘Global Gender Gap Index 2018’ released by the World Economic Forum, eliciting many dissenting reactions from Pakistani commentators and leaders who were surprised that Pakistan was ranked below even Saudi Arabia, Iran and Afghanistan, whose women are often perceived as worse off because of strict dress codes, moral policing and lack of independence. The Federal Human Rights Minister Shireen Mazari rejected the findings of the report outright.

These surprised reactions stem largely from widely held notions that Pakistani women are fast progressing in terms of political visibility, economic participation, women-friendly laws and increasing access to education. This finds expression in online and offline claims that women in the country have rights equal to men and are accorded dignity according to Islamic principles, unlike their counterparts in the West who are ‘made to work’ and not given the same level of respect that is afforded to women here.

The myth of the privileged Pakistani woman shatters under scrutiny, though. In urban centres where relative economic prosperity should translate into better conditions or greater agency for women, female labour force participation is very low, thereby leaving little room for women to make significant decisions about their lives that are often linked directly to financial freedom. Female labour force participation in the country is 24 percent according to World Bank data. By contrast, 77 percent of Ethiopia’s women are in the workforce and 86 percent of women in Rwanda.

The myth of the privileged Pakistani woman shatters under scrutiny, though. In urban centres where relative economic prosperity should translate into better conditions or greater agency for women, female labour force participation is very low, thereby leaving little room for women to make significant decisions about their lives that are often linked directly to financial freedom.

In Pakistan’s most populous province Punjab, female labour force participation in urban areas is at a mere 13 percent; in rural areas, though, it goes up to 34 percent, shattering the myth of the privileged urban woman. Women whose husbands and families can afford to run a household on one income witness a direct impact on their freedom of movement and mobility, a fact often lost in the debate about a narrow definition of class that only takes into account household financial income as the benchmark of privilege.

Ammara Maqsood, a researcher and academic who has worked on the emergence of the new Pakistani middle class says, "The women I met during my research, mostly wives and daughters of traders from Lahore rarely, if ever, worked outside of the house. The most women do in such households is occasionally give tuitions." Restriction of mobility is often directly proportional to rise in economic class, the higher you go up the ladder the more difficult it is for women to get out of the house unencumbered. Since family household incomes are enough to provide for them, the usual reasons for stepping out become inapplicable. An illustrative statistic in this regard is that of all the vehicles registered in Punjab only one percent are owned by women.

Pakistan’s gender wage gap is double the global average and the worst among 73 countries for which comparable data is available. Of the bottom one percent of wage earners in Pakistan, 90 percent are women. To illustrate the same fact differently: 40 percent of employed women in urban Punjab earn under Rs5,000 whereas only seven percent of men earn under Rs5,000. But how does one interpret the gender wage gap statistic in a country where a large swathe of society believes that men should earn more and carry out their religious and social duty of taking financial care of the household? Such a society actually believes in the gender wage gap and expects men to be paid more and better so that they can take care of the women of their household who will then not be ‘forced’ to work. Social norms also dictate that women are largely nudged into caregiving professions such as nursing and teaching, the two fields in the country that have more number of women than men.

In 2017, courts across Punjab decided 7,219 cases of Violence Against Women. Of the cases decided, only 315 resulted in convictions whereas 6,904 cases resulted in acquittals. According to an Amnesty International report this trend holds true across the country where convictions on honour crimes have proved increasingly difficult. Although the law for honour killings was tightened after the killing of internet celebrity Qandeel Baloch, convictions have still proved elusive as witnessed in the case of the Pakistani Italian girl Sana Cheema whose suspected honour killing by her brother and father could not be proved in court for lack of an outside witness.

Despite all this pressure on women to conform, it is interesting to note the trend of rising divorces in Punjab (the only province in the country that tracks data on divorces) - an act that can render women dependent on their own selves for their financial well-being. In many towns across Punjab, women file for khula, choosing to divorce their husbands themselves despite great odds stacked against those who step out of the well-oiled marital machine and the system of patriarchal patronage. That in small town Bahawalnagar 3,225 women chose to file for divorce (as opposed to 818 men) and 1,914 women in Hafizabad (compared to 195 men) is a surprising statistic that points to some of the changing social demographics that casual social observers tend to remark on regarding the increasingly empowered position of women in the country. However, a lack of concrete statistics from the rest of the country means the effort to understand trends as a whole is almost impossible.

This leads us to the more abstract social norms that contribute to gender disparity in the country, a phenomenon much harder to trace, but one that has a direct impact on the concrete ways in which women lead their lives. The seeming failure of the #metoo movement in Pakistan is part of this social setup, where notions of respectability mean women are unable to voice the many micro-aggressions that continue to keep them in their place. Media representations of women, particularly in corporate advertisements, Pakistani drama and morning talk shows continue to perpetuate regressive norms where household responsibility is squarely the domain of women, good ones prefer to get killed than be expelled from the marital house and women’s interests are reduced to household remedies for better hair, nails and skin and weddings.

The Pakistani feminist movement has seen a revival of sorts, though. Taking the baton from the first generation of Pakistani feminists of the Women’s Action Forum who protested against General Zia’s Hudood Laws in the 80s, the Aurat March phenomenon that began last year continued in 2019. Targeted for being a platform for privileged women it has managed to rise above some of this critique by actively involving women from marginalized communities and diverse socioeconomic classes. However, a lot of work still needs to be done to turn it into a cohesive movement that can push for real social and political change in Pakistan. In the meanwhile, we rest at the bottom of the gender parity index, and for good reason.

Where do we stand today?