That idea of India

People like me in India have viewed Kashmir through a lens that shows all of us as part of one big, progressive, secular nation but… 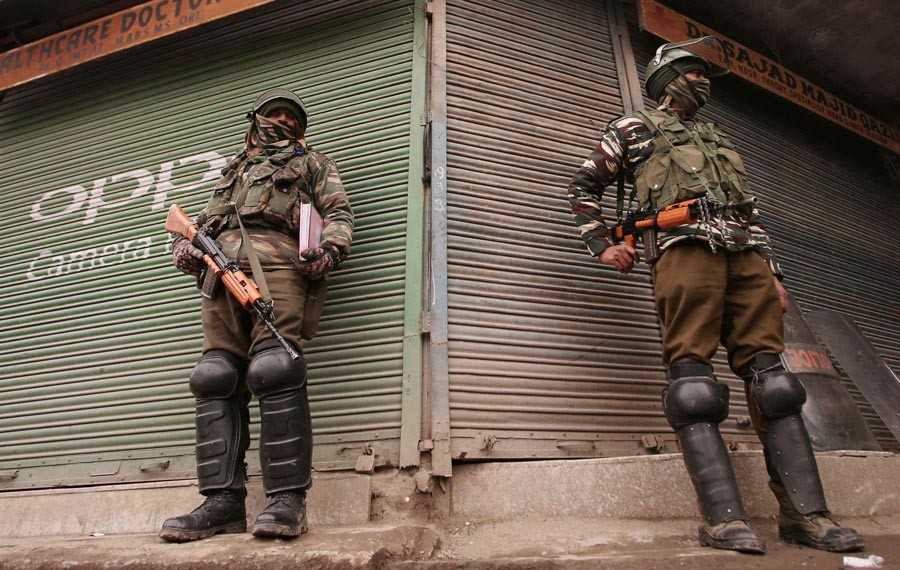 Let me not waste time beating about the bush. I want Kashmir to remain a part of India.

Call it statist and post-colonial if you like, but there are people like me who are wedded to the idea that Kashmir cannot be let go as that would be a fatal blow to the very idea of India. That idea of India which is a big tent, so big, progressive and secular that it can hold Hindus, Muslims, and people of every other religion, language, and ethnicity in its embrace. That idea of India which is bigger than the sum of its parts, nothing less than civilisational and epic. That idea of India which began as a bold experiment in 1947, was written into the Constitution by our progressive, democratic founding fathers, and that withstood poverty, crippling food shortages, aggression by neighbours and the authoritarian machinations of its own politicians to survive despite every dire prediction of implosion. That idea of India in which enough Muslims believed and stayed on, rejecting the idea of a separate Muslim nation that is Pakistan.

This is the lens through which people like me in India have viewed Kashmir and the people of Kashmir -- a lens that shows all of us as part of one progressive nation, modern and superior in its conceptualisation than the one next door with its shaky foundations of faith. Would Kashmiri identity stand a snowball’s chance in a kangri against the onslaught of Punjabification by the Pakistan Army?

Our relationship with Kashmir from the beginning was not the best, but we thought we could and we would get there, because of our confidence that the idea of India would win.

But if that idea had opponents within India from the beginning, in the last few years it has come under frightening assault from a crude majoritarian, faith-based nationalism, much like the one we loved to deride next door. Each incident of violence against a Muslim, and the normalisation of such violence, has chipped away at the idea of India. Each has gone viral in Kashmir. Every Kashmiri boy and girl stores videos of Muslims being beaten across India on their mobile phones. India’s casual daily violence against minorities is a self-fulfilling prophesy for Kashmiris. They ask: if that is the way India treats its Muslims, what are our chances?

The answer to that became all too clear to them after the Jaish-e-Muhammad-claimed terrorist attack in Kashmir that killed 40 paramilitary personnel on February 14. Across north India, mobs of goons forced hundreds of Kashmiri students to quit, or their colleges to expel them. Kashmiris had been targeted earlier in universities, and there had been many such instances since 2014, but by and large, they believed it was still safe, more secure than life in the Valley.

Each incident of violence against a Muslim, and the normalisation of such violence, has chipped away at the idea of India. Each has gone viral in Kashmir. Every Kashmiri boy and girl stores videos of Muslims being beaten across India on their mobile phones. India’s casual daily violence against minorities is a self-fulfilling prophesy for Kashmiris.

This time, hundreds of Kashmiris boarded buses and cars back to Jammu & Kashmir state for their own safety. No political party condemned the violence; no political leader spoke out against the madness, until it was too late. When the Prime Minister finally broke the silence, it was nine days too late. For sure, several hundred Kashmiris still remain in various parts of India -- as students, or working -- but with the full awareness that things are not the same. Hindutva India wants Kashmir, but does not believe that Kashmiris are essential to that project.

People like me believe tying a people by force to an idea, however modern and progressive, is not the best way to make that idea succeed. People like them a) do not believe in that idea of India; b) think that using a large hammer repeatedly is the best way to "tame" a people. They think Kashmiris have been "pampered" and "appeased" for too long, and that it is now time to show them who’s boss. They also believe that the solution in Kashmir lies in altering the demographic composition of the Muslim-majority Valley. The air has been thick with talk of doing away with Articles in the Indian Constitution on J&K’s special status that define its relationship with India.

People like me can see what is happening in Kashmir today suits Pakistan and its agenda in Kashmir every which way. There would be no one more unhappy than Pakistan if peace prevailed in Kashmir, if Kashmiris were to be won over to the idea of India, the original one. Yes, it is true that the failures of India in Kashmir over the last five years have brought militancy back to the Valley, made the situation much, much worse than it was from 2002-2014. And yes, this time, the boys carrying the guns are mostly Kashmiri, whether they call themselves Jaish-e-Muhammad or Lashkar-e-Toiba or the Hizbul Mujahideen.

It gives Pakistan a fig leaf of deniability while glibly justifying the violence by describing it as an "indigenous uprising" against "Indian oppression," and claiming that the purveyors of violence sitting in their comfort zones in Lahore or Bahalwapur or Rawalpindi, banned or not, have nothing to do with any of this. But while that fiction may find traction in Pakistan, it gets none in India, no, not even among people like me, who want normalisation of ties with Pakistan, if not utopian relations.

Let’s accept for a moment the claim that Masood Azhar and Hafiz Saeed and their groups have nothing to do with any of the militancy in Kashmir. Then why do they exist and flourish by the day? Why has the Pakistani state not pulled the plug on them? After all, their groups of trained and armed jihadis pledging to bleed India were designated by the UN and banned by the Pakistan government nearly two decades ago. Why has it not caused outrage in Pakistan that a man designated as a global terrorist in 2008 after the terrorist attack in Mumbai that according to Pakistan’s own investigation was planned in Pakistan, has been "mainstreamed" into the Pakistan polity?

So here we are, two countries that hate each other so much that all we care about is revenge, and most of us do not even realise that we just pulled back in the nick of time from an abyss at the bottom of which lies a nuclear winter. What the last 10 days have just done is to confirm our worst notions about each other.

The writer is the Resident Editor of The Indian Express, Mumbai, India

That idea of India