A thorny path but the only one available 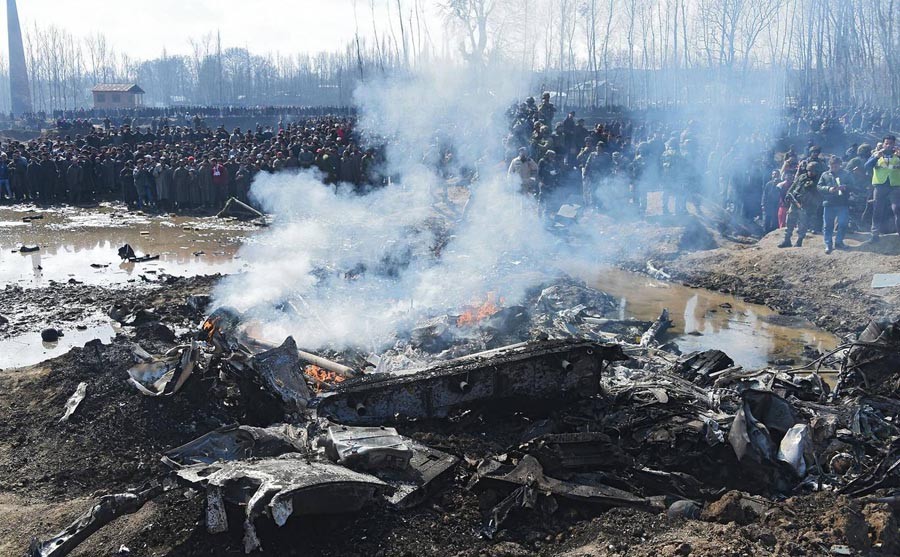 The latest surge in its confrontation with India should have brought home to Pakistan’s policymakers the urgency of reviewing their strategy for a resolution of the Kashmir issue.

From 1947 to the end of 1950s, Pakistan was relying on the UN commitment, backed by the Anglo-American bloc, China and a majority of Muslim states, to hold a plebiscite in the state of Jammu and Kashmir. A factor favourable to Pakistan was the existence in the Indian part of Kashmir of a considerably organised political force, led by popular figures, such as Mirza Afzal Beg, that supported the plebiscite demand. Another favourable factor, to some extent, was the weakening of Sheikh Abdullah’s faith in India’s pledges to respect the Kashmiri people’s aspirations, especially in regard to their identity and autonomy.

During the first half of 1960s a decline in the UN interest in promoting a settlement in Kashmir and weakening of the pro-plebiscite factions within the Kashmir valley led Pakistan to a re-examination of its strategy. The result was the adoption of a theory that if an armed insurgency broke out in Kashmir and Pakistan could gain a military advantage there, the Super-Powers would intervene and force a solution of the festering dispute. Jawaharlal Nehru’s death (May 1964) may have facilitated greater acceptance of this theory than it deserved on merit. Islamabad also banked unrealistically and dangerously on the view that if Pakistan made a push in Kashmir the conflict would remain confined to the disputed territory.

All of these assumptions were proved wrong and the 17-day war in 1965 didn’t advance Pakistan’s case on Kashmir. The Tashkent Declaration was not as much against Pakistan’s standpoint as was made out by its critics; what was gained by Pakistan at Tashkent was washed away by a sequence of catastrophic events of 1971. Pakistan lost the war against its Bengali citizens and also its war with India.

The Shimla Accord of 1972 brought about a fundamental change in the nature of the Kashmir dispute in view of the India-Pakistan agreement to resolve it through bilateral negotiations. The world endorsed this strategy.

However, certain circles in Pakistan remained wedded to the idea that the agitation in the Kashmir valley and New Delhi’s increasingly brutal methods to suppress it, plus Pakistan’s diplomatic efforts, could force the international community to put pressure on India to agree to a negotiated settlement of the Kashmir issue. The disastrous Kargil misadventure of 1999 was the last occasion when a military operation was part of the strategy to secure international intervention.

Musharraf promoted the idea of improving relations between the divided parts of Kashmir in the hope that this will lead to lessening of tension with India. His formula did amount to putting the Kashmir issue on the back burner and his efforts to reduce support to the jihadist operators in Kashmir convinced the Indian government that his formula was worth a trial.

The lesson learnt by Pakistan till 1999 was that while the international community could not ignore the consequences of a war between India and Pakistan its intervention would be limited to securing an end to armed hostilities. Another lesson was a change in the substance of the Pakistan case on Kashmir. The demand for the accession of the state of Jammu and Kashmir in accordance with the spirit of 1947 partition plan was first revised in favour of implementation of the UN resolutions and finally Islamabad started calling for a settlement in accordance with the wishes of the Kashmiri people.

But the most significant lesson was a change in the relative popularity of the two dominant schools of thought on India-Pakistan relations. One of these schools consistently maintained that normal relations with India were inconceivable until the Kashmir dispute was resolved, and this view could not be challenged. The other view was that improvement in India-Pakistan relations through confidence-building measures, resumption of trade ties, and people-to-people exchanges would create an environment of amity in which a settlement on Kashmir could be possible.

From this view emerged the concept of a composite dialogue on all issues, including Kashmir and cross-border terrorism.

General Musharraf realised the need for a change of track. He promoted the idea of improving relations between the divided parts of Kashmir in the hope that this will lead to lessening of tension with India. His formula did amount to putting the Kashmir issue on the back burner and his efforts to reduce support to the jihadist operators in Kashmir convinced the Indian government that his formula was worth a trial. The strength of this formula lay in the general impression that it enjoyed the backing of Pakistan’s defence forces and was thus implementable.

However, those who have developed a vested interest in continuation of India-Pakistan confrontation did not let the Indian premier fly to Islamabad and sign a formal accord with Musharraf.

The present Indian Prime Minister does not appear to be in a hurry to take up the Musharraf formula. He obviously wants to crush the ongoing agitation in Kashmir, change the state’s demography and deprive Kashmir of its special status under the Indian constitution before opening negotiations with Pakistan. Pakistan’s task is to convince Modi that his plan will not work.

The post-Pulwama developments have put Pakistan on trial. While Modi’s blunders, exposure of his air force’s weakness and the reasonable attitude adopted by Imran Khan have enabled Pakistan to gain an upper hand in diplomacy, this country has reason to worry about quite a few things.

The international community did show concern and tried to prevent a full-fledged war between India and Pakistan but no one took the matter to the Security Council even. As for the OIC, the less said about its declaration the better. This means Pakistan has to rely more than ever before on its own diplomatic skills.

Also read: That idea of India

Prime Minister Imran Khan’s readiness to discuss terrorism before anything else gives him a lever to persuade India to return to the negotiating table for a composite dialogue that must not be interrupted. The fact that a direct bid to resolve the Kashmir dispute has to be deferred ought to be accepted as a short-term policy at least. This will cause serious disappointment to Kashmiri people, especially if the world community cannot be shaken up and forced to stop the massacre of the people of Kashmir. Pakistan must not slacken its efforts in this direction.

At the same time, Islamabad must seriously deal with its domestic crises. The demands of Financial Task Force against terrorist financing must be met expeditiously and an economic turn-around attempted beyond rhetoric. Only a stable Pakistan with an improved standing in the comity of nations will be able to defend the Kashmiri people’s right to shape their destiny. A thorny path, but the only one now available to Pakistan.

A thorny path but the only one available