Kashmir from the point of view of India, Pakistan and Kashmir 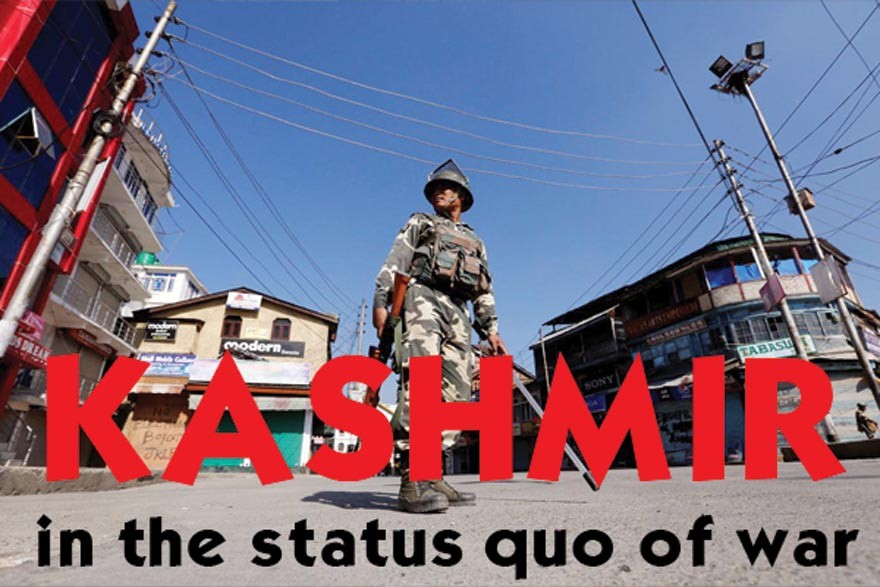 In the aftermath of Pulwama, as the two countries have sort of deescalated, all serious analyses once again point to Kashmir, the real source of enmity between India and Pakistan. Kashmir which is often tipped as the flashpoint that could lead to a nuclear war remains restive and more so since 2014, the year when Narendara Modi took charge as India’s prime minister. Pulwama happens to be in the South of Kashmir which remained peaceful till now. The freedom movement in the valley today is led by the locals, without any external support.

Yet, Pulwama brought the two countries on the brink. But every time this or something close to this happens, any talk of normalisation of ties between India and Pakistan comes with suggestions to either ignore or put Kashmir on the back-burner and continue with other confidence building measures.

In our Special Report today, The News on Sunday tries to bring back the focus on Kashmir, from the standpoint of all three stakeholders to the dispute. For us, the view from the valley is as important as the views from India and Pakistan, which too are not strictly statist or post-colonial.

It is time to look for solutions because militancy and violence, whether it is state-inflicted or cross-border or home-grown, is leading the region and its people nowhere. It doesn’t help that the defining moments of the past few years in the valley have been Burhan Wani’s murder, a Kashmiri youth tied to the bonnet of a jeep as a human shield by an Indian army major (who was later rewarded for this act) and the rape of an 8 year old girl in a temple.

Also read: Kashmir in the status quo of war

This kind of violence is untenable. Pakistani state’s role too is under question. Hafsa Kanjwal, a Kashmiri academic based in the US, writes that as the two countries treat her land as a "territorial dispute", Kashmiris are already living in the status quo of war. Let’s think about the people of Kashmir for once.