Taking the ‘dis’ out of disability 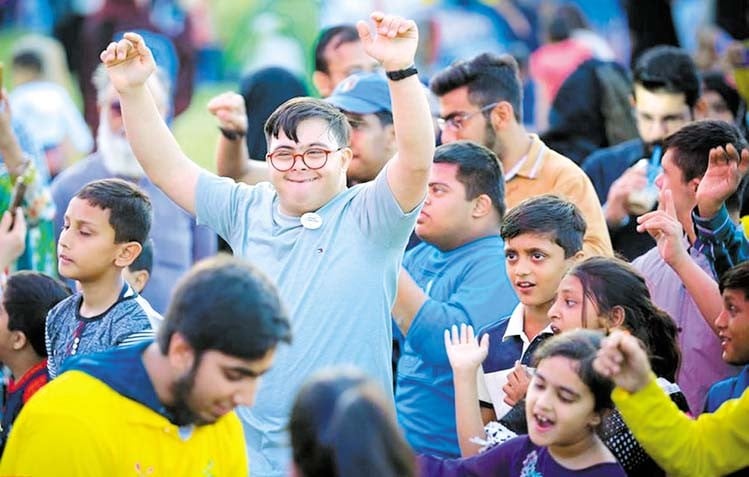 The boy was 14 years old. He was trying to kick the ball past several circled openings in a makeshift wall. Even for a kid with footballing talent, it was a tough challenge. The boy who was attempting it had Down Syndrome. He kept trying and the volunteers at the stall kept giving him a chance. He finally did it and held his arms up in the air to celebrate the feat. There were hundreds of other persons like him and hundreds others at the Karachi Down Syndrome Program (KDSP) Carnival who joined hands for a noble cause.

There were several games and other activities at the carnival staged by KDSP which was formed in 2014 with the goal to advocate the value, acceptance and inclusion of people with Down syndrome living in Karachi and to provide them with the opportunity to lead fulfilling lives. Since its inception, KDSP has been involved in publishing regular newsletters, promoting awareness, offering enrichment programs to individuals with Down syndrome and their families, providing access to quality healthcare to individuals with Down syndrome, and promoting inclusive education.

The KDSP Carnival is a part of the Programme’s awareness initiative leading up to the World Down Sydnrome Day celebrated internationally on March 21. The purpose of the Carnival is to bring together all people and give them an opportunity to understand that individuals with Down syndrome are more similar than different from us and deserve the same respect and opportunities in the society that any of us do.

This year, the KDSP Carnival 2019 was held on Sunday, February 24 at the Moin Khan Academy. The Carnival catered to a wide audience including children with Down syndrome, their families, renowned celebrities, and the general public. The Carnival featured exciting games and activities for children, craft exhibits, a police band march and delicious food for all. Towards the end, the audience enjoyed an electrifying musical performance by the melodious sisters – Zoe and Rachel Viccaji.

With this Carnival, KDSP brought over 3700 people together to believe in its vision of achieving an inclusive society where individuals with Down syndrome are accepted and celebrated.

Taking the ‘dis’ out of disability