Politicians and education bureaucracy, instead of crafting a coherent strategy that will resolve the big issues of access and quality over time, are usually busy polishing brass on the (sinking) Titanic of education 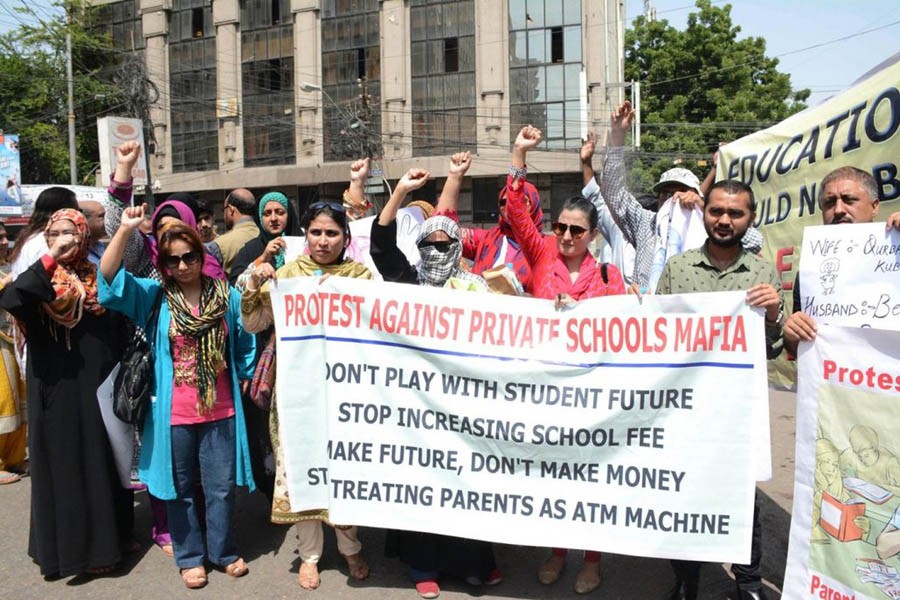 South Asia has a jugaad-culture. Jugaad means inventiveness, and refers to the ability to get things done with little or no resources. Think of funny memes making the rounds on Whatsapp showing people using ridiculous workarounds. Navi Radjou and Jaideep Prabhu’s 2012 book Jugaad Innovation: Think Frugal, Be Flexible, Generate Breakthrough Growth describes the positive aspects of this mindset. However, this inventiveness has a flip-side, where people put a band-aid on a broken leg, without ever coming around to fix the problem permanently, thus, leaving it to become somebody else’s problem down the road.

During the boom years of the Musharraf era, wage growth put private school education within the reach of many working in the public and private sector. Over the years, as public schools deteriorated, those with means gradually moved their children to alternative private schools and began exiting the public sector, leaving those with fewer means and influence behind.

As Pakistan’s population and school enrollment rate kept creeping up, the supply of public and private schools did not keep pace. Decades after the mushrooming of private schools began in the 1990s, schools are packed but there are still 22.84 million out-of-school children i.e., 44 percent of the school-going age population. This means that competition between schools offering education services, that could be counted on to regulate prices in the private school market, is non-existent. Much of the growth in the school sector has been vertical (i.e., more elite schools offering new services at the top), instead of horizontal (i.e., number of schools offering existing level of service to meet demand and drive down prices).

To no one’s surprise then, in a market where the supply of educational services is tight, the prices of the most sought after schools are rising. Priced out, unable to go back to the broken public school sector, and lack of a third alternative to escape to, private school parents have now been compelled to raise their voices.

Enter, an activist, populist Supreme Court addicted to the limelight, which heretofore never bothered to take action on the education emergency in public schools affecting the vast majority of school children. The court’s approach of dressing down, threatening private schools with nationalisation and attempting to control prices has sent shivers down spines of private school investors. The bullying manner in which it did so follows the erosion of civility in public discourse we have witnessed over the last few years.

Instead of increasing the supply of schools, this has the opposite effect of scaring away investors and entrepreneurs. The market failure we are facing in the education sector is not for the courts to fix. If anyone should be held to account for the deplorable state of the education sector it is the bureaucracy and the political leadership at the top. Instead, the Supreme Court’s decree clamping down on private school fees on a whim is putting lipstick on a pig.

The court is putting all private schools, with tuition fees from Rs5000 to 80,000 per month, into one basket, without regard to differences between facilities, services, activities offered by one school over another. In any case, it is not qualified to determine whether or not the services of a private school justify the price tag. That is a choice for parents to make. Offering better services inevitably raises costs. In the current environment, private school principals have to reduce the standard of their service to keep their schools financially viable. This is what protesting parents have unwittingly bargained for.

Around 43 percent children in Pakistan go to private schools (low, medium, high income schools as well as madrassahs). The remaining 57 percent attend public schools. Extrapolating figures from an old 2002 report "The Rise of Private Schooling in Pakistan: Catering to the Urban Elite or Educating the Rural Poor?" it is safe to suggest that of the 43 percent going to private schools a small fraction of private school-going children are paying Rs5000+ per month tuition. By issuing its orders, the Supreme Court is not standing up for the vast majority of children in the neglected public school sector, but only for a tiny elite sending their children to high-end private schools.

I am left with little hope that any government will do better by public schools. The private school saga has been on for some time. The politicians and education bureaucracy, instead of crafting a coherent strategy that will resolve the big issues of access and quality over time, are usually busy polishing brass on the (sinking) Titanic. They set themselves easy to achieve targets which sound good to the layman’s ears -- introducing Microsoft certification, handing out laptops, tablets, bicycles, etc. -- without concrete evidence or research to support and explain how this hodgepodge will aid in solving a problem of the scale and nature that we are faced with in the education sector. We will continue to apply ‘jugaads’ to bide our time, declare victory and move on.

Successive governments have been unable to fulfill this basic mandate. Private schools, be they for-profit or non-profits, have stepped in and have been vital in reducing the gap between supply and demand. Some private schools may be making enormous profits in today’s market, but as long as enough parents are willing to pay the sticker price, it is not up to courts or the government to set an artificial ceiling on that price. If anything, the government should encourage even more investment and participation by the private sector to increase the supply of education, at least for those that can afford it, thus reducing the scale of its own challenges.