Of masculinity and jingoism 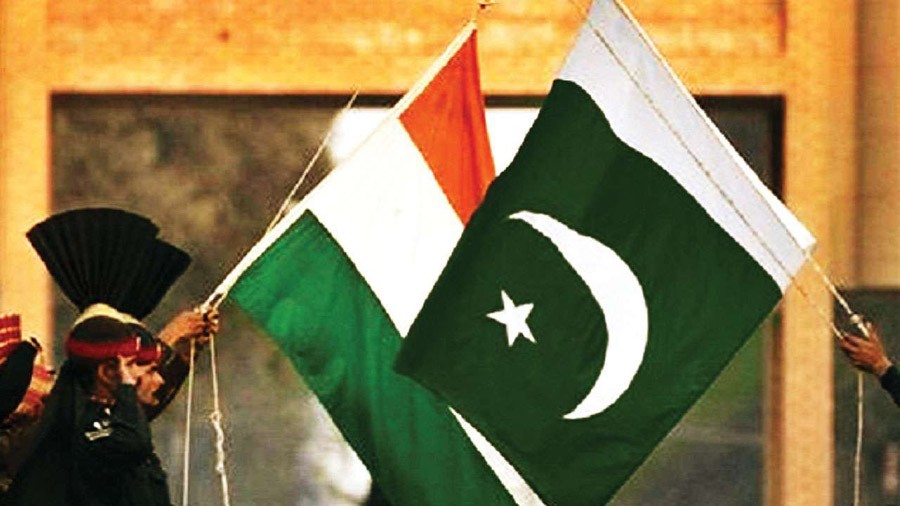 The present hysteria gripping both Pakistan and India highlights how a certain strand of jingoism has come to dominate collective thinking on both sides of the border. This virulent nationalism is tied inextricably to myths surrounding the Pakistani and Indian nations and, at its core, is strongly linked to false notions of masculinity and male and national pride.

This relationship between nationalism and masculinity is in fact essential to understand the aggression India initiated and to which Pakistan responded. As Pankaj Mishra, author of The Age of Anger, argues, leaders like Narendra Modi and Donald Trump make recourse to traditionally masculine traits to shore up support amongst their masses. Modi, for instance, has repeatedly boasted of ‘his broad chest’ in multiple public rallies, while Trump’s misogyny is too evident and far too vile to repeat here.

Politics in South Asia, and indeed across the world, has thus come to increasingly adopt narratives of masculinity and of toughness. This is equally true for female politicians as well, who are forced to comport in ways that align with the over-arching thinking of toxic masculinity. The French right-wing leader Marine Le-Pen, for instance, deliberately eschews issues of gender, choosing to focus instead on national security, border controls, immigrants and the pride and security of the French nation.

Central to this idea of national pride and masculinity is military might -- a domain seen almost exclusively as the purview of the male gender. Most nations of the world pride themselves on their ability to defend their borders and in their ability to make war. Aggression -- a fundamental precept of traditional notions of masculinity -- therefore defines national identity and pride. And this is where the inter-link between masculinity and nationalism reaches its climax.

Military failures and the inability to prevent encroachments of sovereignty are seen as slights to national pride and honour. These slights to a country’s sense of self-worth are sharply analogous to the male ego and how that is dented every time a male feels his authority or masculinity is challenged. This sense of belittlement, in turn, leads to reactionary responses and to calls for aggression in response, revenge, and for a ‘befitting reply’.

This clamour for a response in kind -- usually violence -- therefore, is meant to reclaim that sense of national pride and masculinity. A country can only save face and stand proud if it responds to violence with violence. A male will only be able to reclaim his masculinity if he is able to assert himself physically and right the supposed wrong done to him.

This is exactly what happened in Pakistan and India’s case. Although political exigencies and a certain visceral hatred for Pakistan motivated Modi to launch an ‘attack’ on Balakot, the violence India initiated was also a product of its inability to control the movement for self-determination in Kashmir and the impact that it has on India’s image of itself. This failure of the BJP government, in part, forced it to resort to violence to shore up support and credibility amongst its followers.

Retributive action meant to shore up public morale and protect personal ego is not the same as defending sovereignty or exercising the right to self-defence.

Pakistan too felt slighted after the Balakot attack, and chose to respond in kind to make up for the attack and the threat it posed to Pakistan’s belief of it being impenetrable.

It is important here to differentiate notions of sovereignty and self-defence from reactionary measures stemming from jingoism and masculinity. Retributive action meant to shore up public morale and protect personal ego is not the same as defending sovereignty or exercising the right to self-defence. It is instead, as already argued, a product of hyper intense beliefs in the myth of national pride and in masculinity.

While it is hard to discern where this intense nationalism and masculinity stem from, it is perhaps safe to surmise that these sentiments have accentuated over the past few decades because of the uncertainty and economic insecurity rampant neoliberalism has unleashed. This uncertainty, as Wendy Brown argues, leads to individuals and societies clinging onto some form of identity that give purpose to the self and to life. This identity, in turn, usually takes the form of intense nationalism and misplaced notions of masculinity.

It is thus absolutely essential that we take a step back from the present spate of jingoism, and understand how this violence is a product of an intense obsession with nationalism and masculinity. This will allow us to both avoid war and to adopt a political discourse that champions the rights of the common people.

Of masculinity and jingoism