Pondering a scenario in which we’ve to shun the imported Indian culture that played a big role, not just while we were growing up but up to this day as we flock like a bunch of frenzied birds to cinemas in order to see the latest Ranbir Kapoor flick 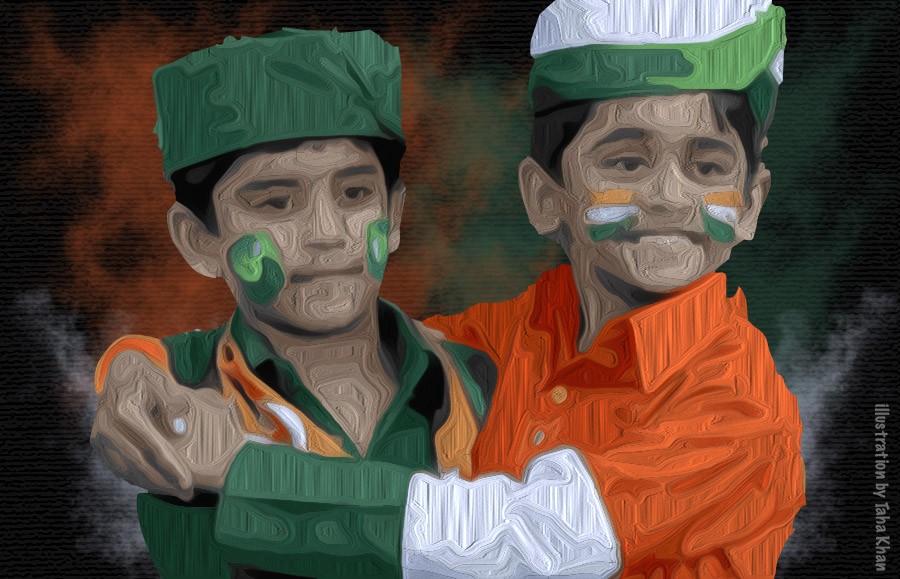 The year was 2014. I was doing my bachelors from the United States in physics, a field I later decided to forgo because not only did my GPA resemble humiliation in its purest form but also due to the fact that I did not see myself making a career out of something that 95 percent of the world’s population cannot comprehend.

The next couple of hours were spent in a haze. A haze that consisted of the strongest aromas of desi cuisine which one can imagine. The full meal that I ordered consisted of steamed rice with curry, paneer dripping with butter and two mirch pakoras stuffed with fried chilli powder, onions, and tamarind sauce. And this meal blessed by Annapurna, the Hindu goddess of food and nourishment, was washed down with mango lassi made out of homemade sweetened yogurt and mango pulp.

Suddenly, I saw ‘bhagwan’ in a different light. ‘Babuji dheere chalna’ played on the speakers while I was still in food coma. I knew I had no will to go anywhere, let alone ‘dheere dheere’ (slowly). I also had a strong sensation that this was going to be my last supper. Till this day I have no recollection of how I was able to get home. That secret lies with my roommate and him alone.

Forward to this past week in 2019, where tensions between Pakistan and India threatened to boil over at a faster rate than NAB’s capturing anyone associated with the Sharif surname. Current PM Imran Khan’s response to the war mongering hysteria has been consistent, diplomatic and, at last, refreshingly devoid of any cricketing analogies. Not that I haven’t seen messages circulating on the internet by his disciples somewhere along the lines of "Another captain’s knock by Khan Saheb." (How I wish such individuals were also held to trial in the International Court of Justice alongside Kulbhushan Jadhav!)

With all this turmoil between the two neighbouring countries that have more in common with each other than their differences recounted, I have also begun to ponder a scenario in which Pakistan and India refuse to resolve the current crisis and all the imported Indian culture that would have to then live without.

There are some scars that stay with you forever. For example, I will never be able to un-see Mr Bajaj (from Kasauti Zindagi Ki) in his bathrobe for all the wrong reasons. Flamboyantly careless, Mr Bajaj did not blink an eye when he would incur losses of "paanch sau crore" -- coincidently the same amount that India needs to pay for our nation’s therapy thanks to their myriad soap operas the millennials have grown up watching. It took me years to rid myself of the quantifiable envy that I had for Sanju, the kid from Shaka Laka Boom Boom, and his magical pencil. My only consolation later onwards was distorting Sanju’s character to just a chubby little boy who never learned how to draw himself a healthy meal for a change. I have no sympathy for that child.

Most importantly, cricket. Are we as a nation prepared to push the Indo-Pak rivalry to the periphery of our consciousness, and as a result put our countless fellow citizens out of business? The ones who grace our otherwise mundane Facebook timelines with hilarious memes -- as the entire country comes to a standstill in order to witness Pakistan annihilate India across all three formats of the game (or at least try to)? The upcoming World Cup in England would lose all its charm if the India vs Pakistan match was to be cancelled. The "Kohli, nahi hoga tujh sey" chase is one of our finest patriotic remark on the international stage, and to think that never again will we have another opportunity to top it off seems very distressing.

My stay in America was full of experiences that I will cherish for a lifetime. For me it was quite reassuring to see a friendly face -- by that I mean not only a Pakistani but also the face of an individual of Indian origin. The friendships I made with my friends from across the border are not only full of nostalgia but also remind me of how all of us promised to pay a visit to each other’s ancestral homes and enjoy a meal together; one that has the ingredients of both Pakistan and India at their finest. And I’m certain that there are countless other relationships that are similar to mine. It may be dysfunctional in essence but it is all that we have. And what we have is peace. Peace and conflict can be resolved. War and hatred cannot.