One hit and one miss 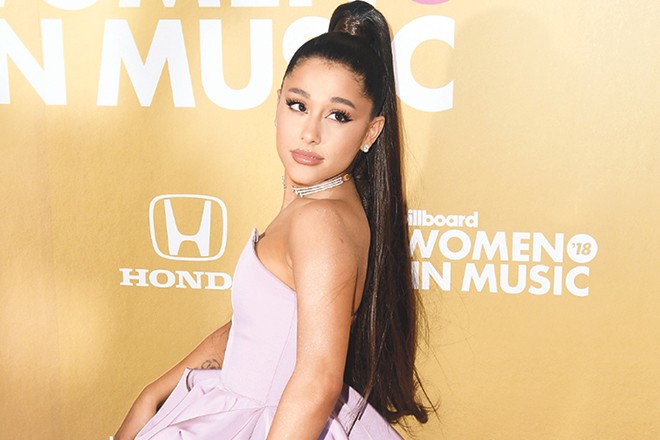 Ariana Grande’s life seems to have taken its cues from a rollercoaster over the last couple of years, yielding a string of amazing highs and devastating lows that have constantly kept her in the news. But the drama and heartache also seem to have fuelled her creativity. The singer has released two albums within a span of six months: Sweetener and thank u, next - the former has earned her accolades, including a Grammy; the latter is busy breaking chart records and cementing her place as pop music’s preeminent star.

But while her popularity has clearly skyrocketed, the amount of criticism she has received hasn’t been far behind. Her fake tan, hip hop flavoured R&B-leanings, and supposed "blaccent" have led to accusations of cultural appropriation, criticisms that won’t be negated by the material on her latest release.

The new album, her fifth studio effort overall, serves, once again, as a showcase for her smooth R&B vocals, served with trap pop flavours and hip hop beats.

Lyrically, these 12 songs seem to draw inspiration from the artist’s life, with Grande focusing mostly on love and loss here. Lead single and title track ‘thank u, next’ sees her taking a refreshingly positive look at her past relationships. Second single ‘7 rings’, a retail therapy themed friendship anthem, interpolates portions of ‘My Favorite Things’, the irresistible melody of which makes this among the set’s standout tracks.

Grande sings about being needy (‘needy’), needing space in a relationship (‘NASA’), and not wanting to make a commitment (‘bloodline’). ‘ghostin’’ appears to be about the singer grieving for Mac Miller while she was with Pete Davidson and is the album’s most touching tune.

While thank u, next isn’t musically as interesting as Sweetener and there are elements of its sound that will be deemed problematic by her detractors, the record is a cohesive effort, and the singer’s honesty is often disarming. There may not be enough variety here, but the album presents a confident image of an artist who has found her sound and is creating charming pop ditties seemingly effortlessly (albeit with the help of an army of songwriters and producers).

Since the release of her 2013 self-titled album, Avril Lavigne appears to have gone through a lot, including a debilitating battle with Lyme Disease and the end of her marriage to second husband, Nickelback’s Chad Kroeger. You might be inclined to assume, then, that the singer would have gained both inspiration and insight in the ensuing years. Sadly she displays no evidence of that on her comeback album, Head Above Water, a dull record that sees her drown in a tepid sea of sophomoric songwriting.

Once a (very unconvincing) punk poser, the Canadian singer has since dropped all rock pretence and embraced power balladry. But while the years have clearly subdued her verve, unfortunately they don’t seem to have brought any sophistication to her songwriting, which remains as clunky as ever. Hers is the kind of poetry that rhymes "pyjamas" with "bananas" and revolves around writing choruses so repetitive that they seem to border on pop parody.

The subdued vibes don’t particularly help either. While Lavigne has never been a very interesting or inventive artist, here she slides into a lacklustre sea of power ballads.

For the most part, the melodies aren’t exactly bad, they are just bland and boring. The singer sounds oddly identity-less here, trying to find a place for herself somewhere between Kelly Clarkson and Pink but struggling to create something impactful.

The tempo rarely picks up. The album’s most energetic song is the very obnoxious ‘Dumb Blonde’ (featuring Nicki Minaj, because of course) - a supposed self-empowering, feminist anthem that can’t resist taking a swipe at "stupid Barbie doll(s)" - which is as grating as mainstream music can possibly get.

As a vocalist, Lavigne sounds stronger than before and her voice is more powerful than ever. Which makes it all the more disappointing that the material she has chosen to record is so unimpressive. Created with the help of various songwriters and producers, Head About Water suggests that the singer should pick better collaborators and work on creating a more inventive and distinct sound that can make better use of her voice.

One hit and one miss

In conversation with Noor Ul Hassan